If you’re looking to move to Spain with kids, I bet you want to know more about the Spanish Education System.   Guess what?  This post is just for you!  Did you know that Spain doesn’t have high school? 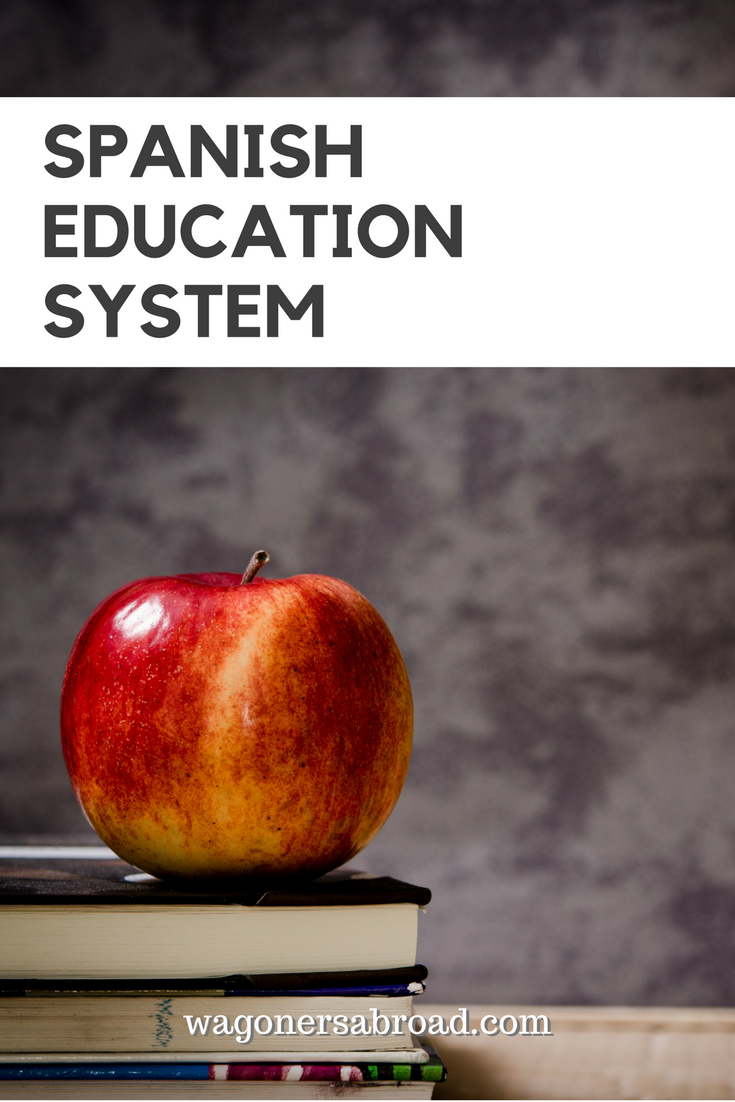 To get the basic information (names of grades, how there is no “high school”, etc.), watch the video I made for the Wagoners Abroad YouTube channel.  I will explain it all to you, so the unknown becomes known!

To sum up the Spanish Education System video:

Under current Spanish law, a resident in Spain has to go to school (Primaria and Secundaria, also known as ESO) until the age of 16 – although if a student repeats one or more grades, they can go to ESO for free until they are 18.

After completing the final year of mandatory education, the student can either go to Bachillerato (where they really narrow down what they want to study later on) or a Ciclo Formativo (where they can study a trade).

If you go to Bachillerato, you have to take a series of final exams after the second year called Selectividad, which is similar to the SAT or A Levels. The grade on these exams, along with the grades from the classes taken, will be considered while applying to universities.

Overall, the Spanish Education System is pretty similar to the system in the USA, but there are a few differences, such as the names of grades and which are mandatory and which aren’t.  If I were you, I wouldn’t worry about it too much, besides, if you are worried about the quality of education, you can always take online classes using sites like Khan Academy.

This article and video are part of an educational series I’m doing for Wagoners Abroad, in which I talk about Life in Spain; everything from food to education to just documenting daily life!  Click here to check out the full playlist on YouTube.  If you have any questions or suggestions, leave them in the comments.  I’ll get back as soon as possible and if the topic is highly requested I’ll make a new video about it.

More about education in Spain and learning Spanish

If you would like to read more about our experience with the Spanish Education System in southern Spain, please read the below posts.