I think if you ask anyone in Europe what Spain is known for, they will quickly respond with sun and beaches, but there is more to it than that! 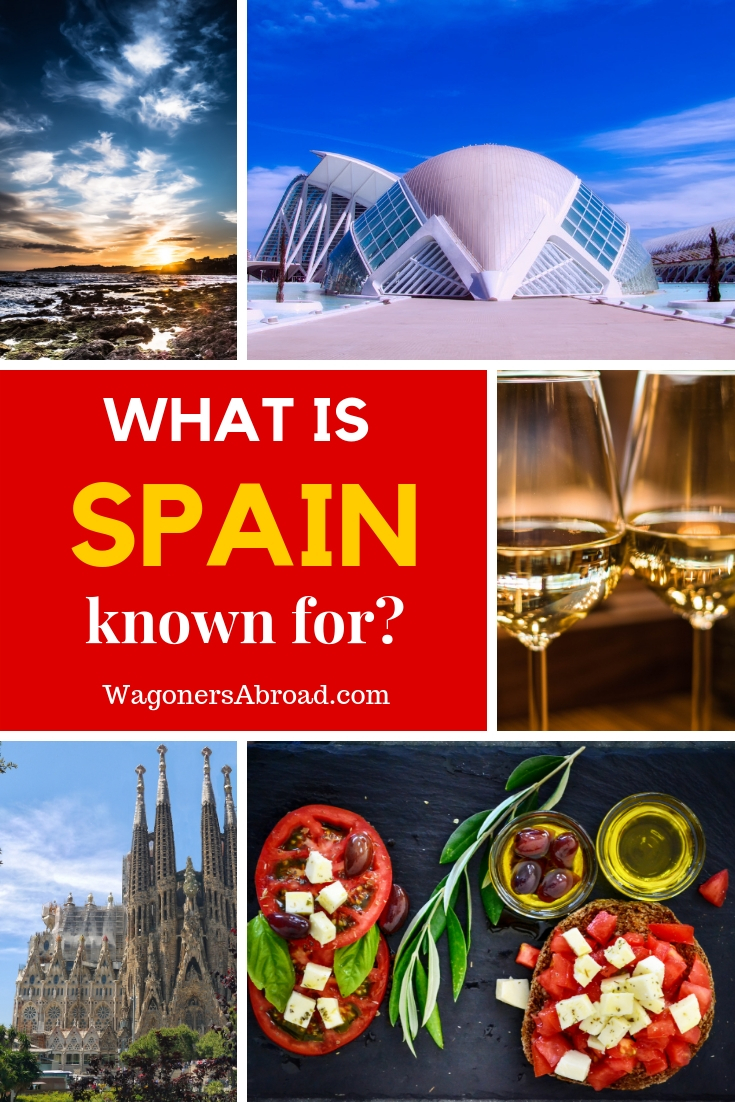 What is Spain known for?

Yes, Spain is known for sun and beaches, as it should be!  They are simply amazing and for most of the year too!  Spain is one of the southernmost countries in Europe and especially southern Spain is popular for mild winters and more than 320 days of Sun!  We live in southern Spain on the Costa Tropical, the coast in the Granada province and this is true! 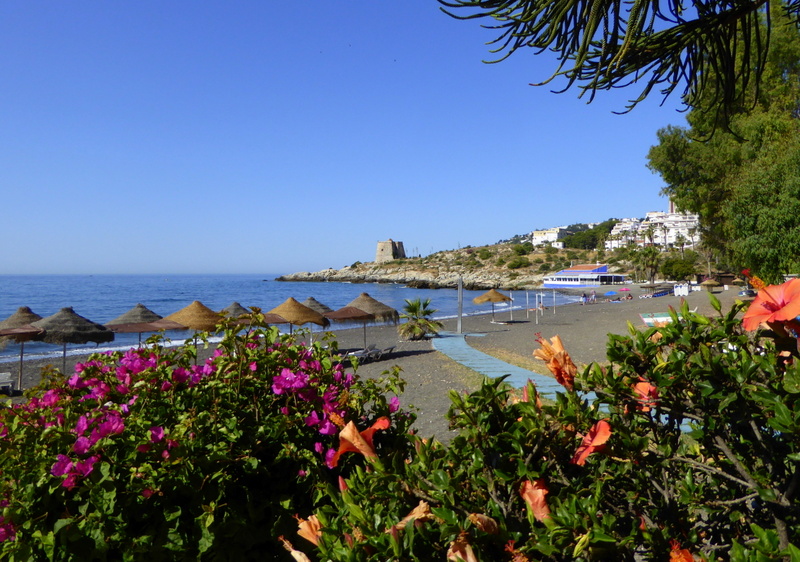 In addition, Spain is known for marching to their own beat.  Yep if you are trying to figure out what time it is in Spain, this one will stump you.  Spain is mostly west of GMT, but is 1 hour ahead!  Read more about the time in Spain here. 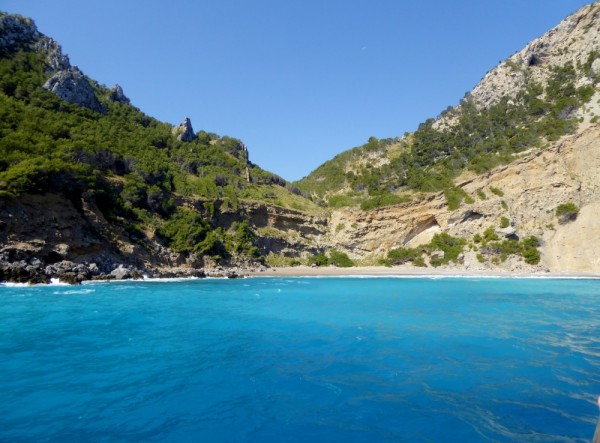 What is Spain known for culture?

Flamenco is a Spanish art form made up of three parts: guitar playing (“guitarra”), song (“cante”), and dance (“baile”).  It originated here in southern Spain and was influenced by many world cultures.  Originally this dancing was not set to music; it was only singing and clapping of hands called “toque de palmas.”  Some flamenco dancing still follows an ancient tradition, but with a mix of guitars and other musical instruments.  More on flamenco in Almuñécar.

Spain’s rich history rewards the cultural traveler.  Full of art galleries featuring famous painters like Pablo Picasso, Salvador Dali, and Velázquez.  You will find amazing museums like the Prado in Madrid, the Guggenheim in Bilbao, the Museum of Art and Sciences in Valencia and the list just keeps going! 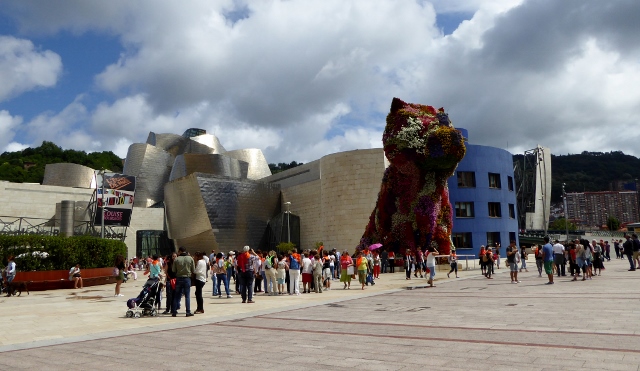 Of course, there are famous buildings you shouldn’t miss in Spain too.  Just to name a few, la Sagrada Familia in Barcelona, La Alhambra in Granada, the Mezquita in Córdoba, the Plaza de España in Seville, Park Güell by Gaudi in Barcelona and more! 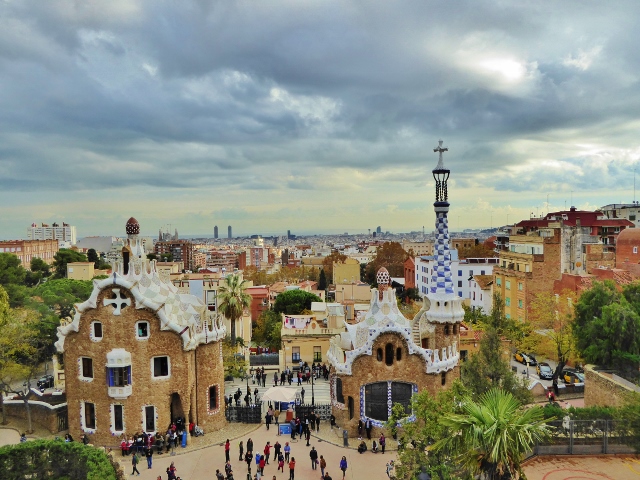 The famous book written by the Spanish author Miguel de Cervantes in 1605, was voted the “most meaningful book of all time” in 2002 by a panel of top authors.

What is Spain known for producing?

Spain has several regions known for their wine, but likely the most popular is up north in the La Rioja area.  The La Rioja wine region is full of wineries, very similar to Napa Valley in California.  The big difference is the prices in Spain are to die for!  Yep, you can find some amazing deals on fantastic wine! 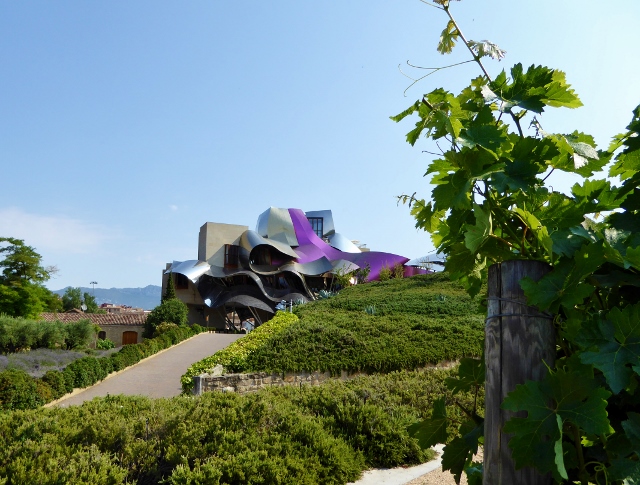 Most people don’t know that Spain produces almost half (48%) of the world’s supply of olive oil each year.  That’s more than three times the amount from neighboring Italy and Greece combined.  If you are driving through the country, it is likely you will pass by some olive tree orchards.  We had our own local experience with olive oil and the olive press! 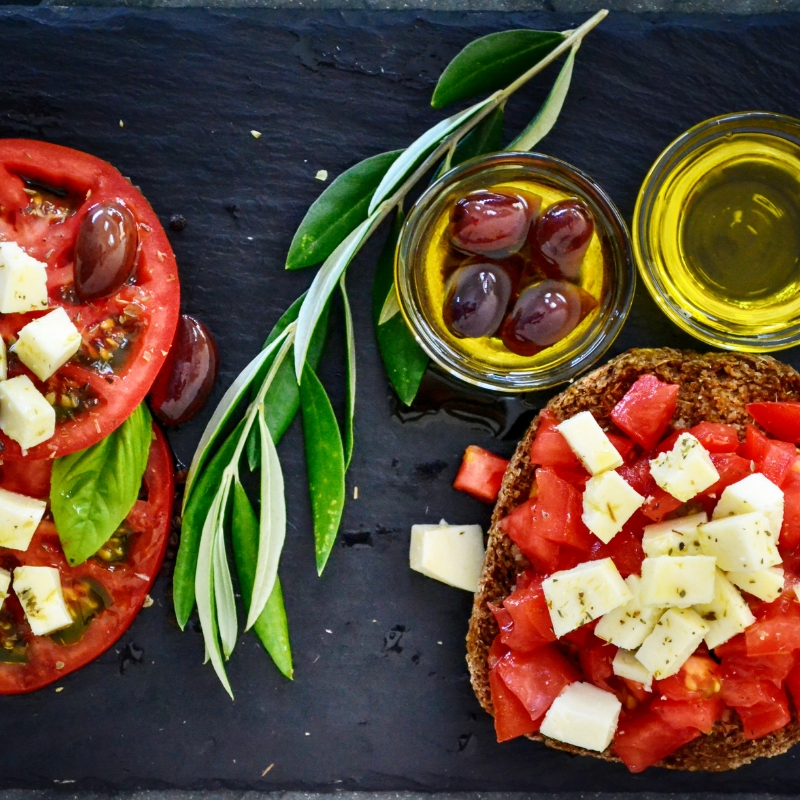 Spain is one of the world’s biggest producers of saffron, an important ingredient in paella.

What fruits and nuts is Spain known for?

Spanish fruit is one thing we absolutely love, especially in the Costa Tropical area.  We have so much to choose from, which is all grown locally.  Not all-inclusive, but just to name a few things:  chirimoya, mango, nisporas, avocado, figs, olives, almonds, granadas (pomegranates), berries, papaya, guava, and the list goes on!

What is Spain known for with food and drinks?

Tapas is almost as much a cultural activity as a style of eating.  If you visit Spain, you are sure to have some tapas.  It all started as free bar snacks, as a bridge between the siesta time lunch and late dinner.  Now it’s an international obsession and a must do when you visit Spain. 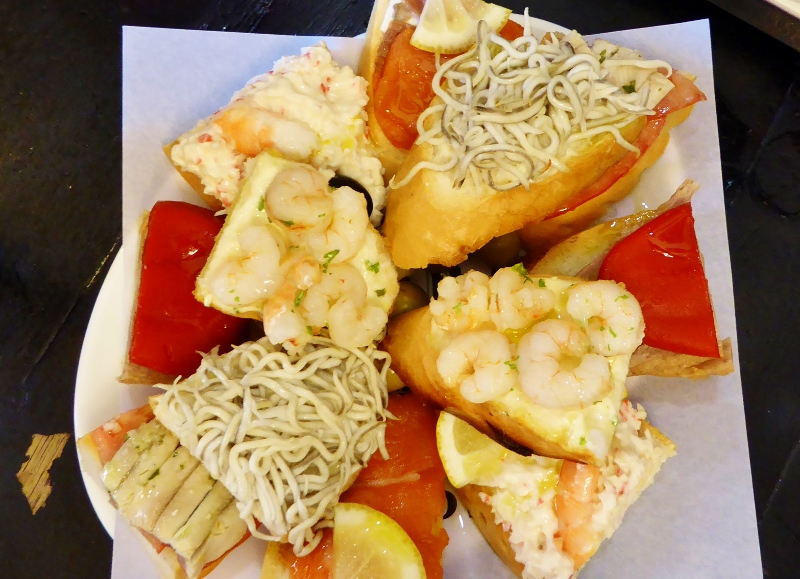 Sherry from Jerez, Spain.  Did you know the name “Jerez” means Sherry?  Sherry is what is called a fortified wine, meaning that its alcohol content can be up to around 17 percent volume.  Sherry can only be made in one place in the province of Cádiz.  It is named the Sherry Triangle and is between these three locaitons, Jerez de la Frontera, San Lucar de Barrameda, and Puerto de Santa María.  This area has a special type of soil, which is chalky and in a damp climate which encourages the yeast growth (known as flor). 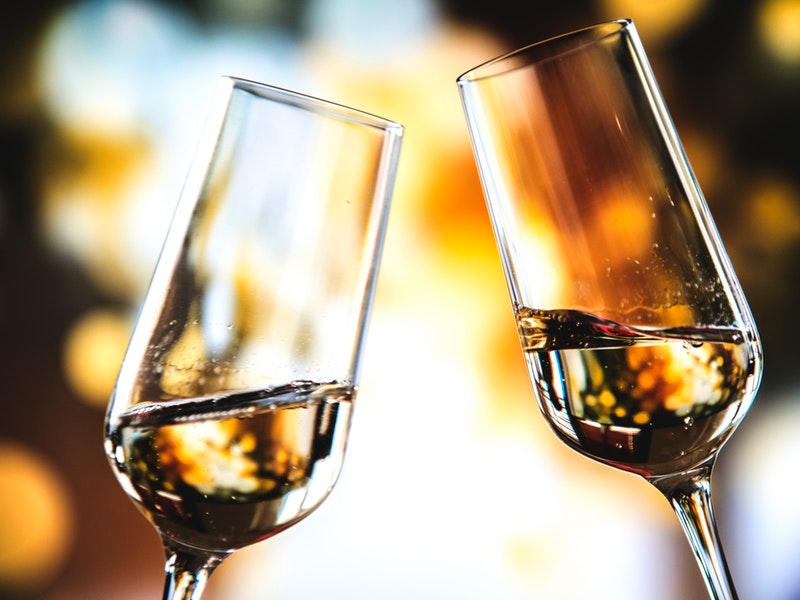 Churros and Chocolate – What the heck are churros?  Well, they are a fried-dough and you know how we all love some fried dough for breakfast! 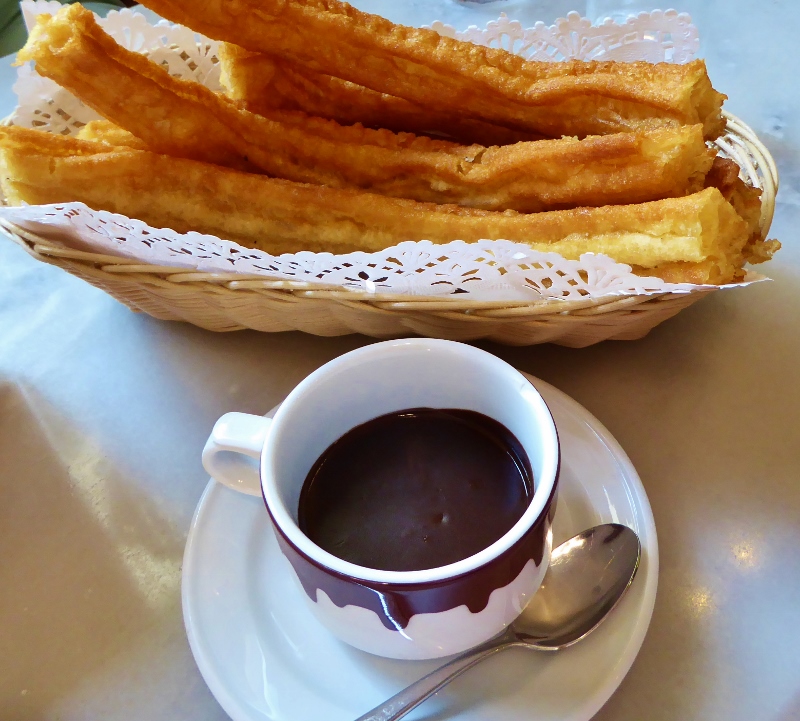 Paella is a rice-based dish which has beans, saffron, olives, spices, herbs, and vegetables or meat or seafood.  This national dish of Spain originated in the region of Valencia. We even took a paella cooking class in Valencia! 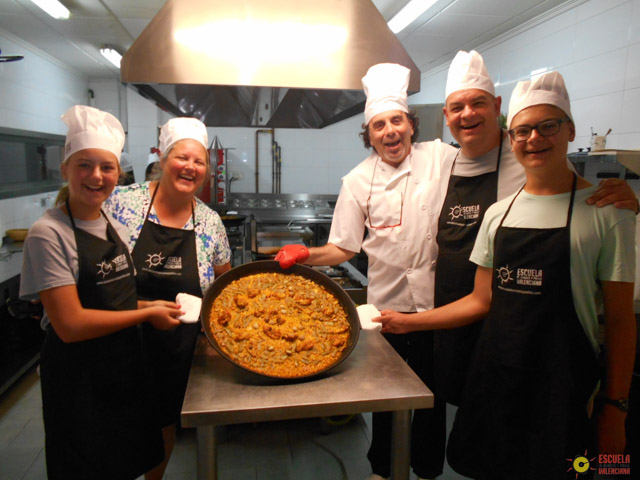 Sangria is a summer wine drink with fruit.  This is what is known by many tourists as a Spanish drink, but if you want to be more like a local ask for a “tinto de verano” (red summer).  This is a refreshing red wine with a little lemonade or sprite, minus all of the fruit. 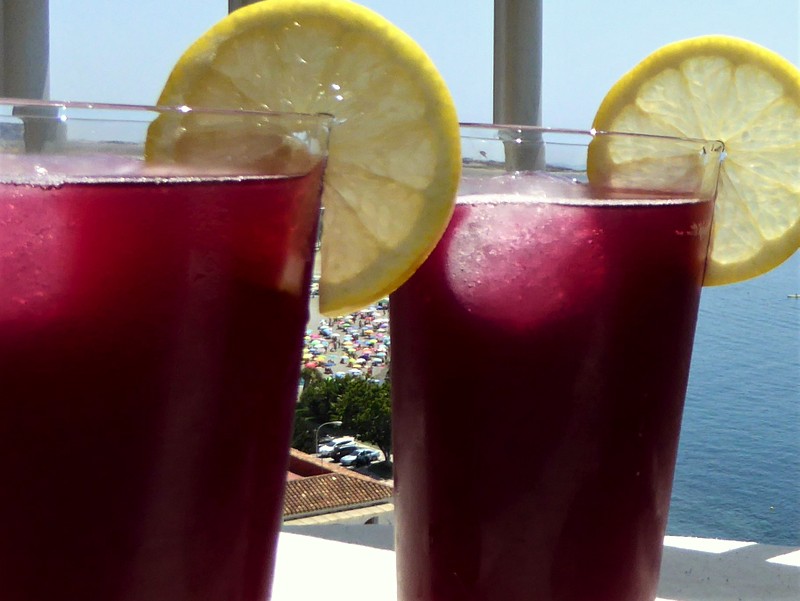 Tortillas in Spain are not the same as tortillas elsewhere. Tortilla española refers to a very popular egg and potato dish. Spaniards use the word “tortitas” to refer to flour/corn tortillas.

What souvenirs is Spain known for?

When you travel to any destination, it is likely you want to bring a little something back to keep the memories alive.  We have a complete list of Spain souvenirs you can pick up in Spain and some you can even order when you return home! 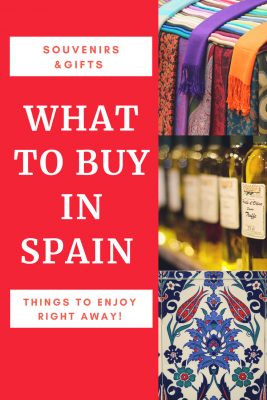 What fiestas and festivals is Spain known for?

Spain is renowned for its lively fiestas and festivals!  We’ve participated in a few ourselves!

La Tomatina (“tomato battle”) in Buñol.  Imagine inviting 40,000 of your closest friends to an open-air concert that holds 10,000 people.  Next, you throw in about 50 tons of ripe tomatoes, with the sole purpose of being squashed and thrown, that should give you a good approximation of the event. 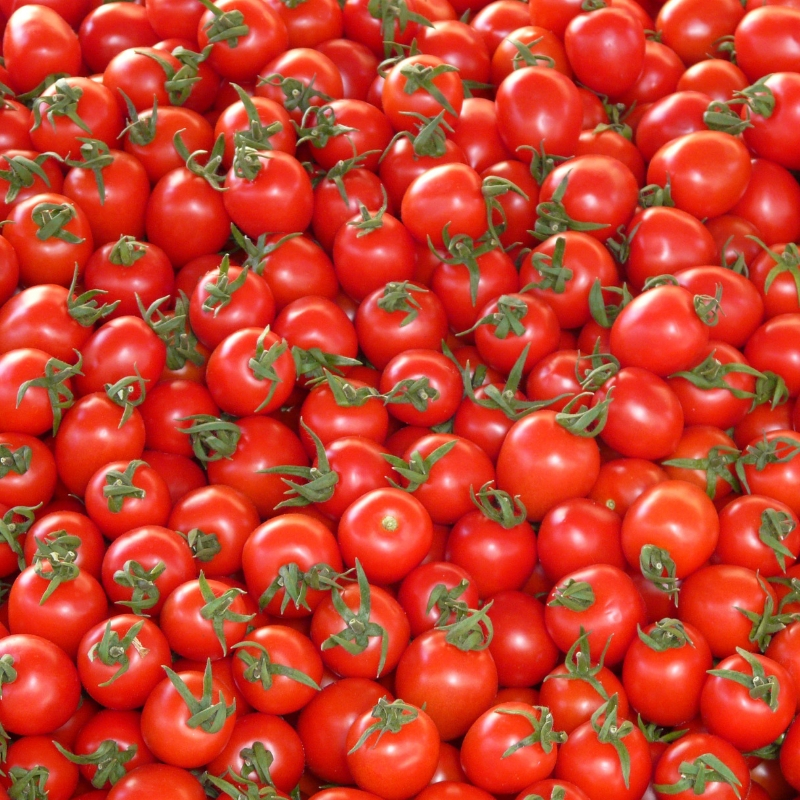 Feria de Seville is full of Spanish tradition and charm, with horses, fancy dresses and activities galore.  It is really a must-see event and you will always remember your experience at the Feria de Abril (April Fair) in Seville. 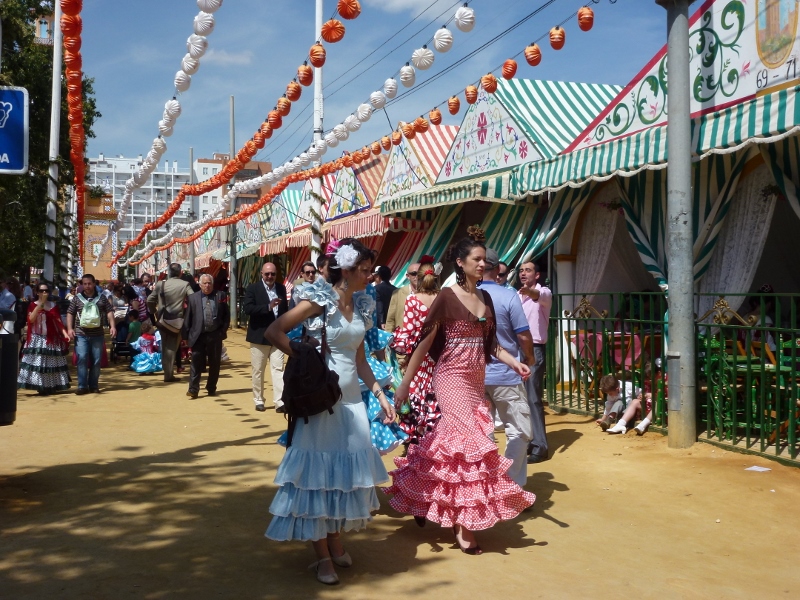 One of our favorite festivals is teh Lanjarón Water Fight, which is celebrated for Noche de San Juan!  The Lanjarón Fiesta del Agua y Jamón is how most people refer to this festival and it is just a massive waterfight at midnight, with fire hoses, buckets and all!

I think many people associate Spain with San Fermín (“Running of the Bulls”) in Pamplona.

Spain Costas or the Spanish Coasts provide a great variety of beaches, towns, and coves to choose from.  Spain is known as the Iberian Peninsula, which is shared with Portugal.  Being a peninsula means there is plenty of Spanish Coastline to discover and experience.  Along the south and east are the Mediterranean beaches. Then the west and north provide you with Atlantic or Bay of Biscay beaches. 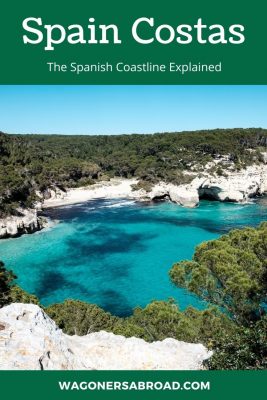 There is so much more to brag about Spain, but that will be it for now.

If you would like to know more facts about Spain, we have plenty for you to read.  If you are planning to visit Spain, we have a thorough guide on things to do in Spain by region. 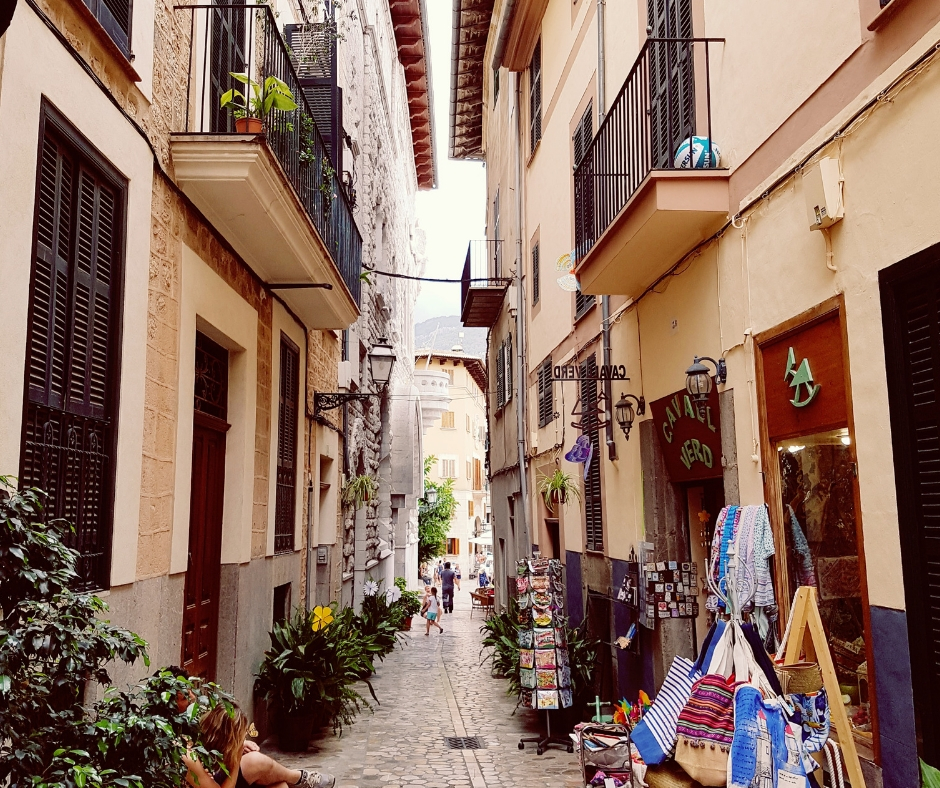 Renting a car in Spain

If you are planning to Visit Spain, you may be faced with the decision of renting a car in Spain or giving it a go with public transportation.  I don’t think it is any secret that we prefer to have our own transportation and explore off the beaten path a little more than the average Joe.  All of that said, so we can share with you all of the car hire tips and tricks we have learned along the way.  9 Useful Tips for renting a car in Spain

We also have car rental Spain FAQs answered for you here. 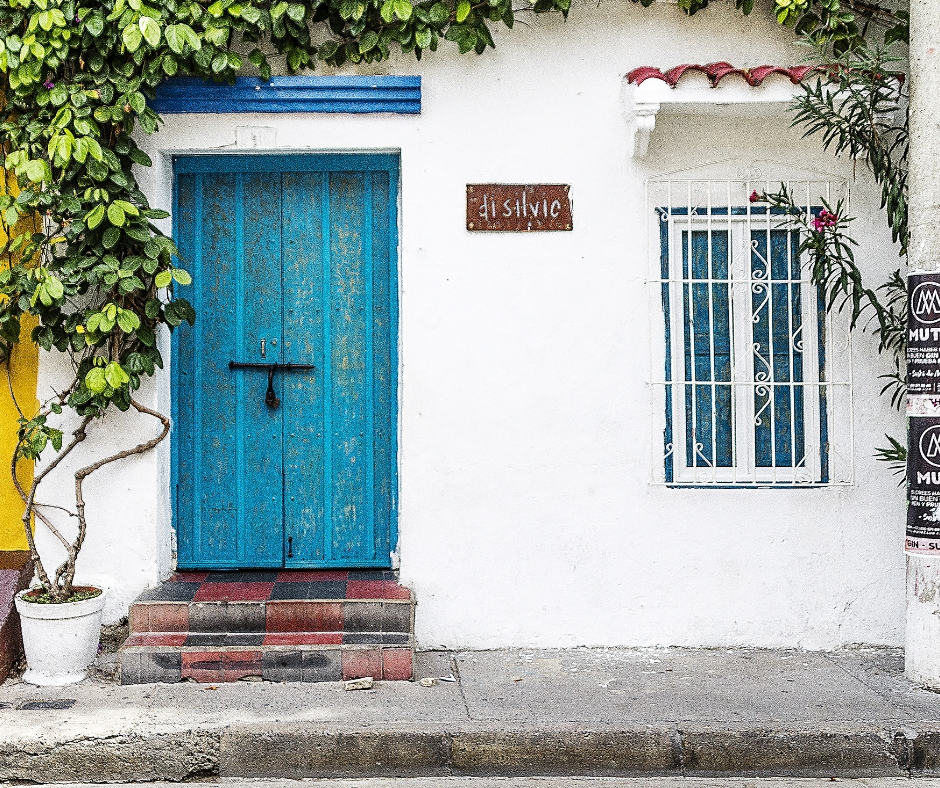 Help with your Move to Spain

We hope this helps you with your move to Spain.  We do offer hourly consulting to help you with your relocation and we also offer move to Spain consulting packages.  Learn more about a family gap year in Spain!  Try new foods, language, routines, and a different way of doing things.  Give the gift of experience, culture and the world to your kids.

Disclosure:  Some links presented on this page are affiliate links, for which we will receive a small commission if you purchase something.

Sign up for the Wagoners Abroad Newsletter and for a limited time, receive your free ebook “Experience Spain – Getting Started With Spain Facts and Information”.

2 thoughts on “What Is Spain Known For?”