If you are looking to live the healthy Mediterranean lifestyle while in Europe, then you should be sure you have seafood and fish in Spain.  For many of us, there are unfamiliar items at the fish market and different names can be confusing.  Not to worry, we will translate some of the most common fish and seafood in Spain for you.  If it doesn’t look familiar, don’t be afraid to give something new a try.  You may just like it! 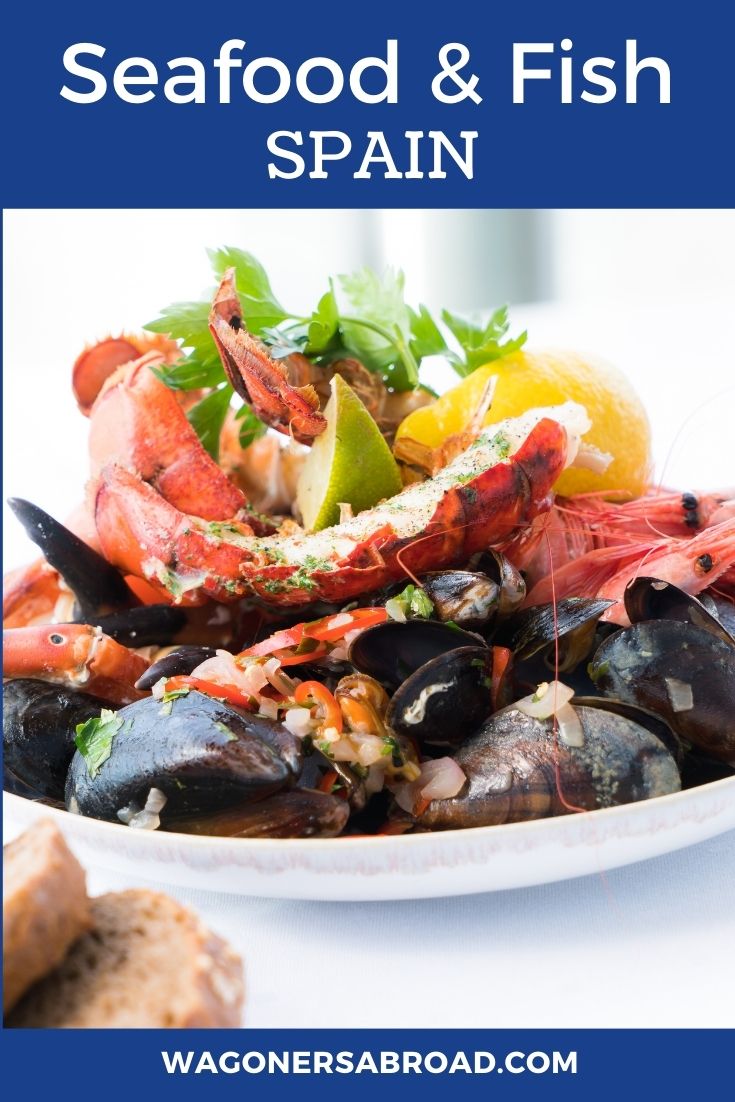 Let’s get started on our fish in Spain adventure!

When we are speaking about live fish swimming in the sea the term used is “el pez“.
When the fish has been caught and ready to eat, it is referred to as “el pescado“.
To catch a fish or fishing is called “pescar“.

Where do you buy fish in Spain?

The most common place would be the local fishmonger or Fish Market.  When looking for these, do a search for Pescadería or Pescados.  Remember the term el pescado is the fish you eat, so often a store will have that term with the ending of “ería“.

Of course, you will also find a fish counter and service at the main grocery stores as well.  They usually will clean and gut the fish for you, when you make your purchase. 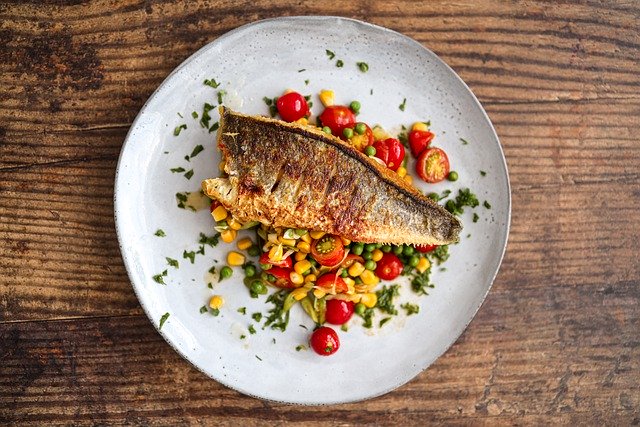 Types of fish in Spain to eat

The gilthead seabream (Esparus Aurata), is very popular in Spanish gastronomy.  It is a coastal fish and gets its name due to the golden stripe that it has between its eyes.  This is generally considered the best-tasting of the breams.  When fresh, dorada is a very neutral fish with white meat. 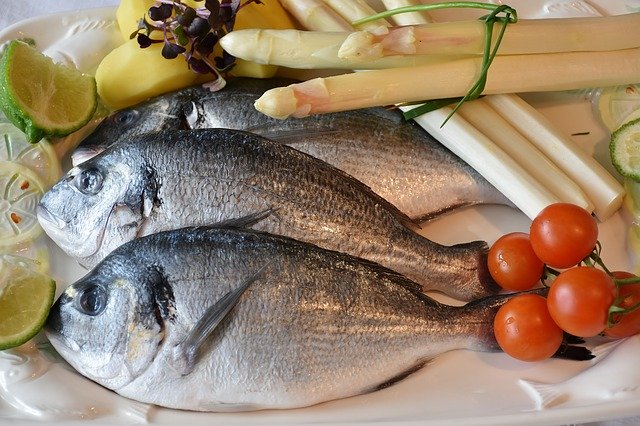 A lean white Mediterranean fish.  Hola Foodie has a recipe for baked seabass. 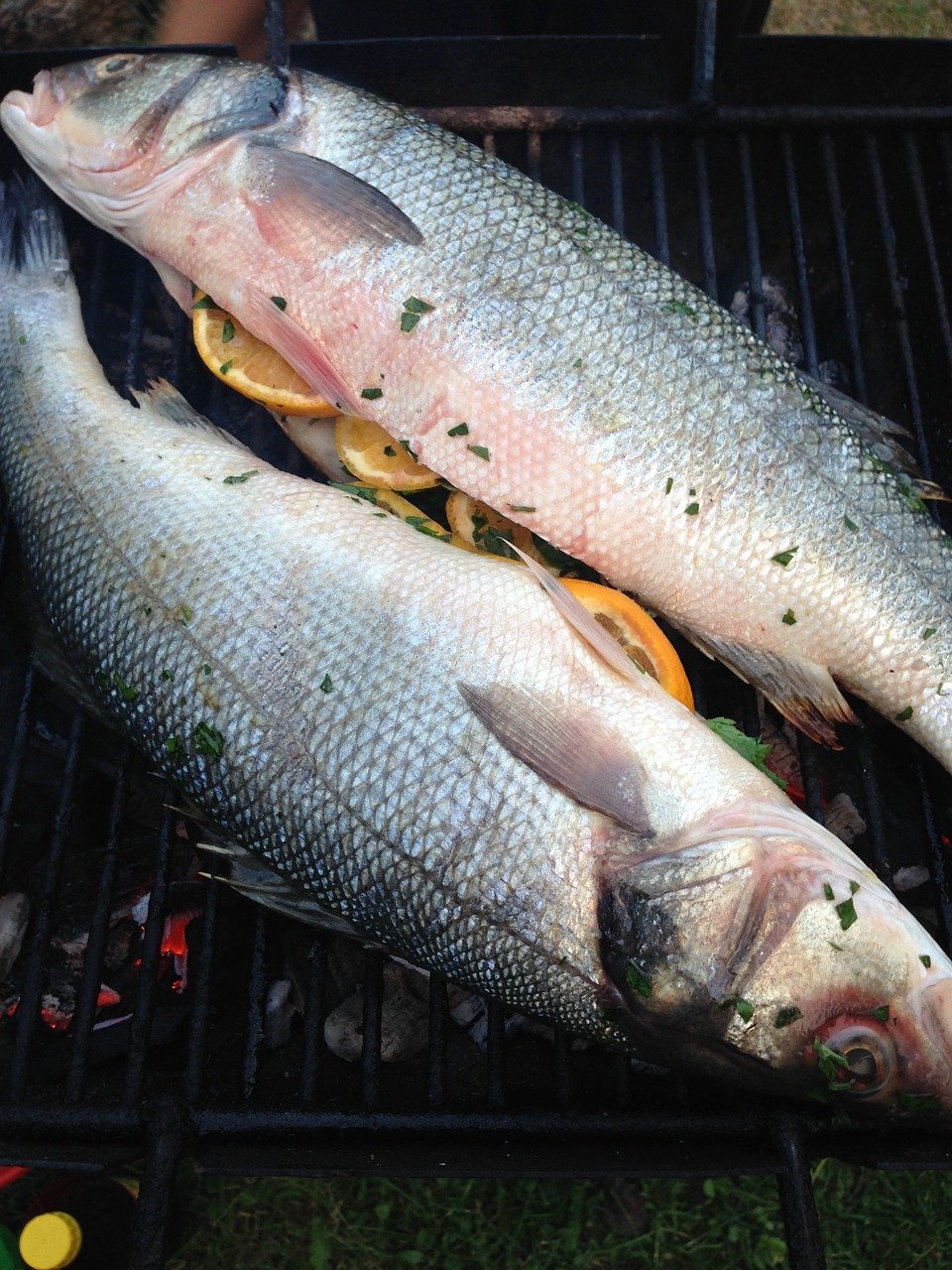 A white fish full of protein and low in fat, which is fished off of the Galician coast.  Topping grilled fish with a spicy vinaigrette is one of the preferred ways to prepare fish fillets in Spain, especially in the north.  Recipe for rape con vinagreta picante. 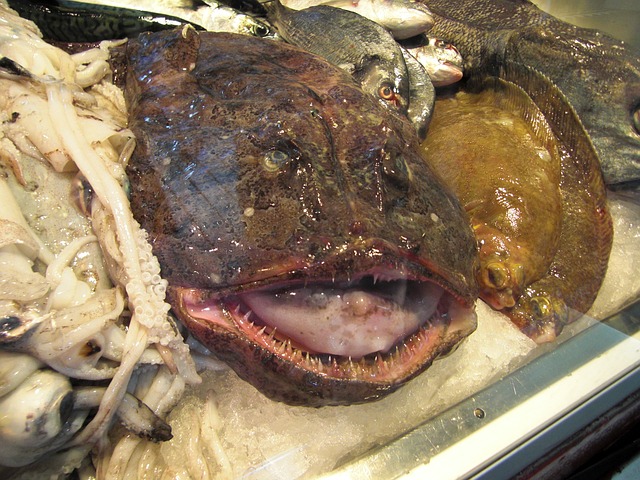 A semi-fat fish with flavorful meat, which is very popular.  Trucha a la Navarra recipe, gourmet food from the north.  The meat can be a bit richer (stronger) in flavor, as it’s an oilier fish.  It is very tasty though! 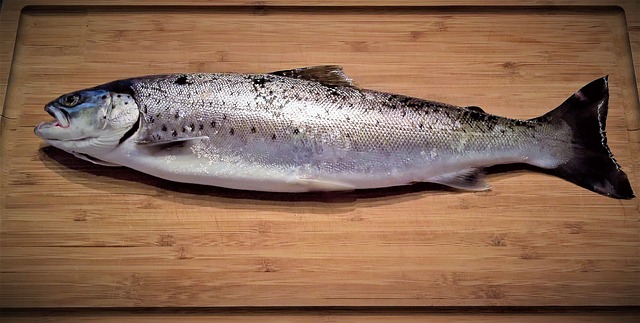 White Tuna – Bonita de Norte – Tuna is eaten both canned and fresh and is caught in the northeast Atlantic side of Spain, in Galicia.

Tuna belly – Ventresca de Atún – This is a nice rich canned fish.  Imagine the scenario where a Spanish friend shows up unannounced at your place.  Bring out the ventresca de atún and some crackers, and this is considered an excellent tapas to share.  It is yummy! 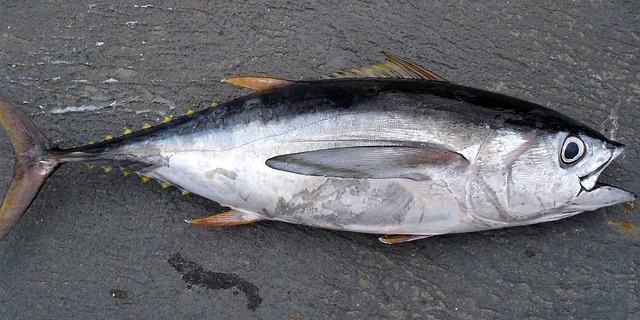 This is going to be a very strong tasting fish.  If you’re not a big fish person, salmon can be an acquired taste.  It can be quite oily, but like all the fish listed here, it’s packed with protein, vitamins, and minerals.  The biggest selling point is that salmon is very high in omega-3 fatty acids which are very good for you.

Besides being fun to say, it’s a fluffy white fish used for many dishes, it is especially yummy battered and fried.  Here is a fancier recipe for Bacalao con tomate.  It’s tough to go wrong with this white fish as it has a very neutral taste, and is very flaky. 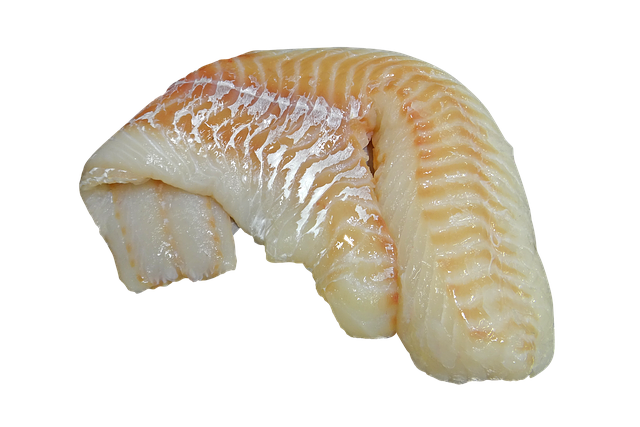 You can’t go wrong with a tasty snapper.  There are so many ways to prepare this fish, but why not try it roasted Mediterranean style. 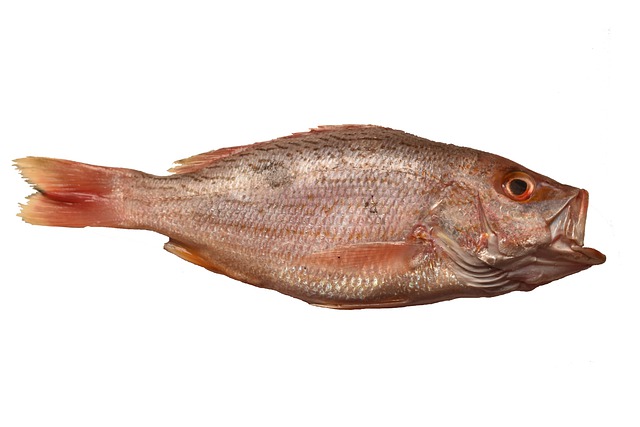 Mackerel is a common oily fish, rich in omega-3 fatty acids. that is consumed worldwide.  Tips on how to cook Mackerel and what to look for when shopping for one.

This fish has a mild flavor with flaky white flesh.  Here is a recipe for crispy pan-fried lemon pepper sole. 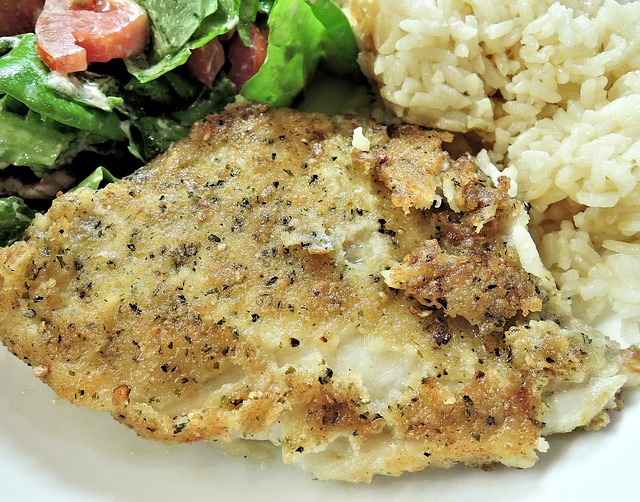 This is a meaty and popular fish in Spain.  Here is a fun recipe for swordfish with smoked paprika.  The photo taken below is not related to the recipe, it is swordfish sashimi style.  Remember if you’re cooking a swordfish steak on the grill or in the oven,  to not overcook it.  And it’s very easy to do that. 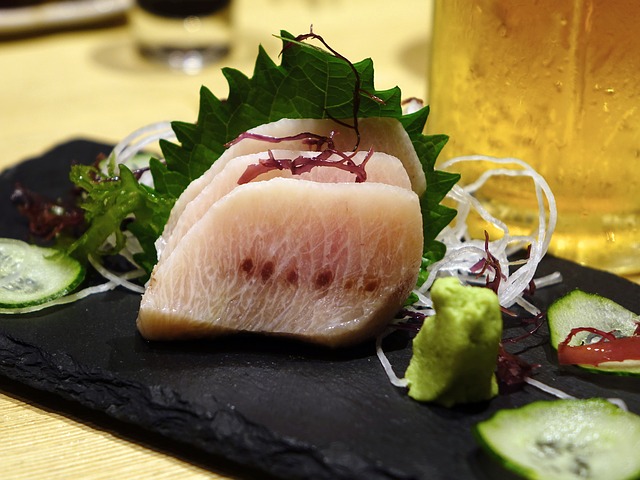 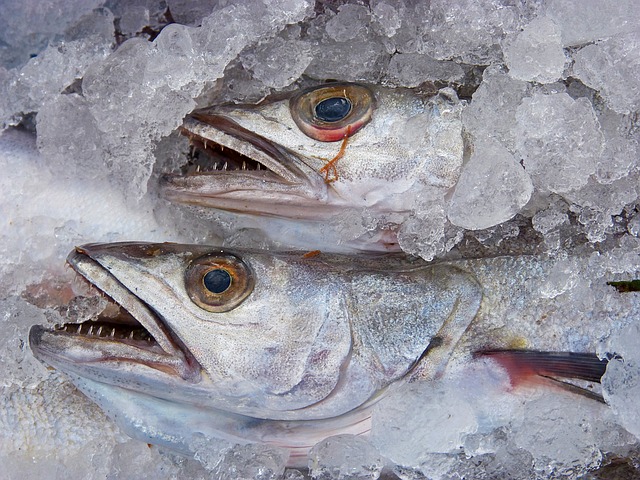 Many people serve fried and it is a tasty treat.  Boquerón recipe. 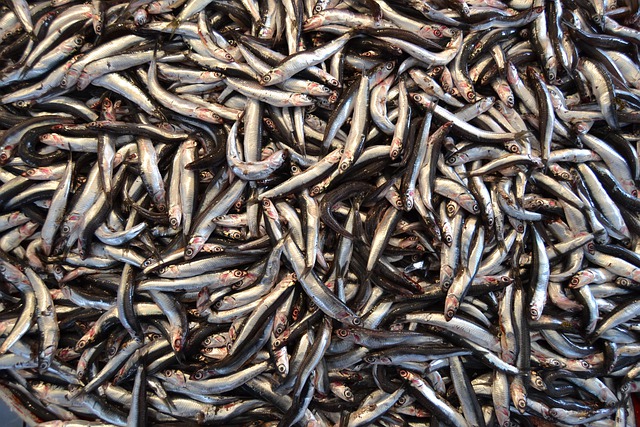 Sardines are a commonly used fish, but in the summer months, you eat them from the barbacoa on the beach.  These are known as espetos or skewers. 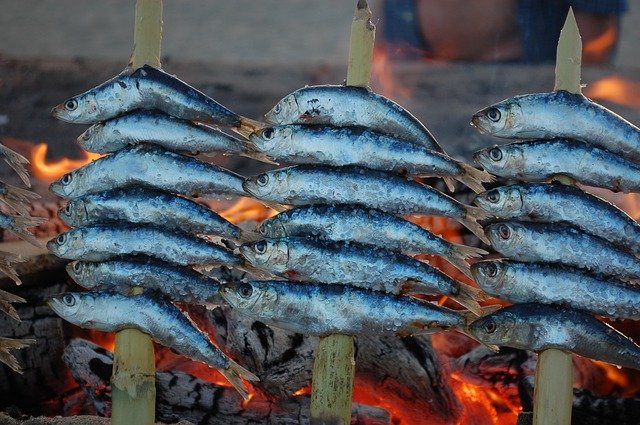 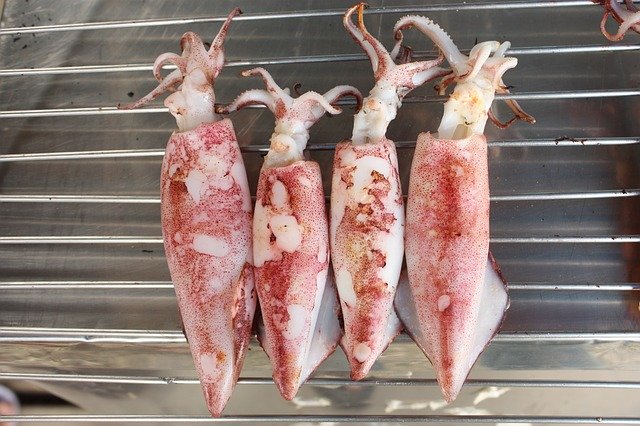 The difference between Pulpo, Calamari and Chipirones, read about it here. 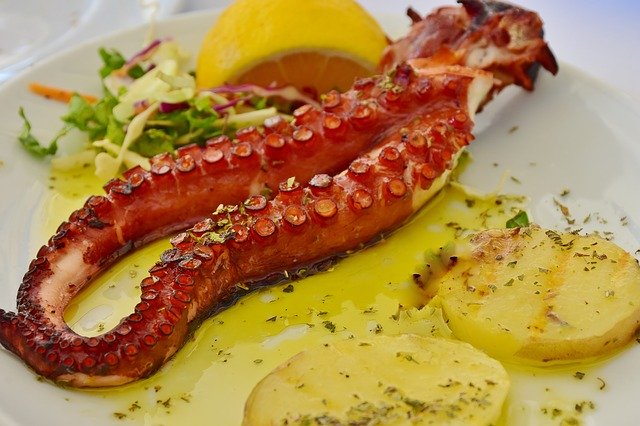 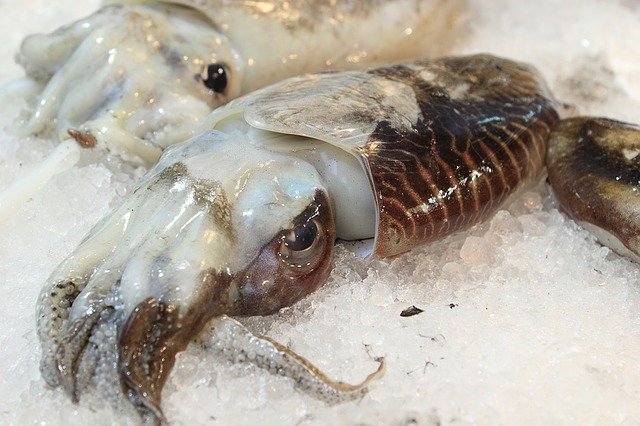 Types of shellfish and seafood in Spain

Shellfish and seafood are called “los mariscos”.  Here is a recipe for a nice shellfish stew. 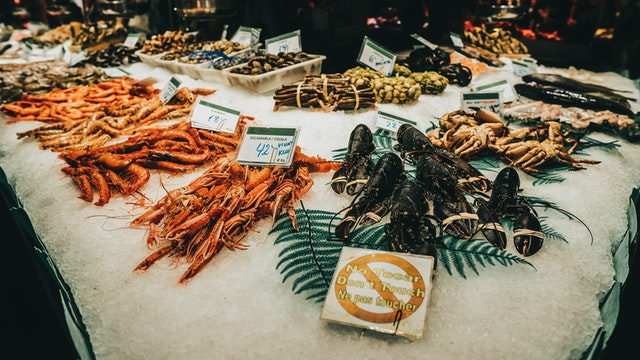 When discussing the difference between langostino and gambas, one difference is usually the size.  Typically the langostino will be bigger.  It’s also slightly richer in taste than your typical shrimp, but you can generally substitute one for the other.

These are generally smaller than there larger langastino cousins.  If you’re a fan of shrimp, and you’re looking a great appetizer, ask for “gambas pil-pil”.  It’s a simple recipe with garlic and chili spices cooked in Spanish olive oil.  It’s heavenly!  And don’t forget to order bread for dipping in the oil once the shrimp are all gone.

The variegated scallop is caught mainly off the coasts of Galicia and Asturias in northern Spain.  Although it is smaller than the scallop, it stands out for concentrating a superior flavor and texture. 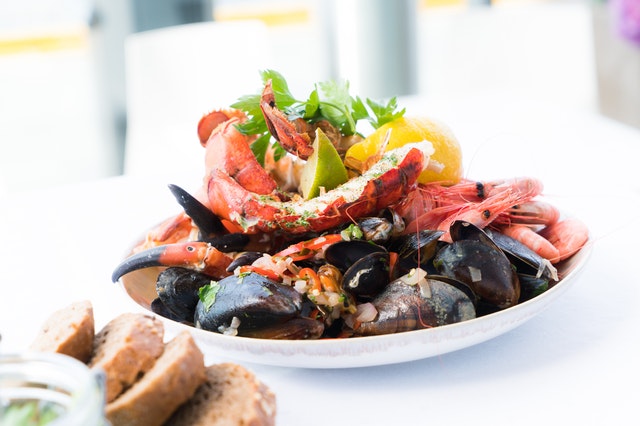 We have shared a few recipes along the way, but if you are looking for more resources we recommend the following sites:

Spruce Eats – a nice variety of seafood dishes and recipes.

If you are in the Costa Tropical, here are fish markets in Almuñécar.

I am sure we missed a few.  If you have a favorite recipe or fish, please feel free to comment below.