Of course seafood is in abundance when living along the Mediterranean Sea.  Each summer little Barbacoa (Barbecue) stands pop up along the beach and many of the “summer only” restaurants light up their barbacoa too.  Last summer, Lars kept asking if he could try the sardines, that were just about every 100 yards along the beach.  Because they were plentiful, I kept telling him we would do it later.  Well in mid-September, we finally went to the beach so Lars could sample the ever so popular Grilled Sardines on a skewer. 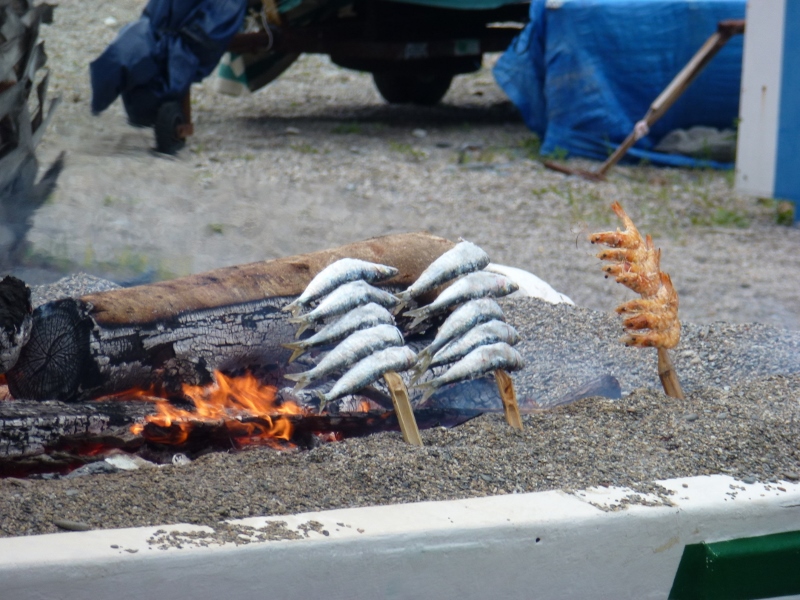 We stopped at the first barbacoa location and they were already closed for the season.  Off to the next and it was all packed up as well.  Just the day prior, they were all open and now they are all closed.  We continued down the full length of the beach and not one sardine to be found.  Lars was gutted and I felt so bad that I continually put it off, assuming it would always be there.  He kept saying, “You promised!”  Oh, did I feel like a terrible procrastinating mother or what?  Come on fess up and make me feel better, you do it to your kids too, right?

At that time, I promised him he could try them as soon as they opened up for the summer season again.  This was a promise I thought I could keep, as we were only toying with the idea of leaving Spain in the summer.  As time passed and winter arrived, as a family we decided we were going to go ahead and finish the school year and then venture out to Southeast Asia next. 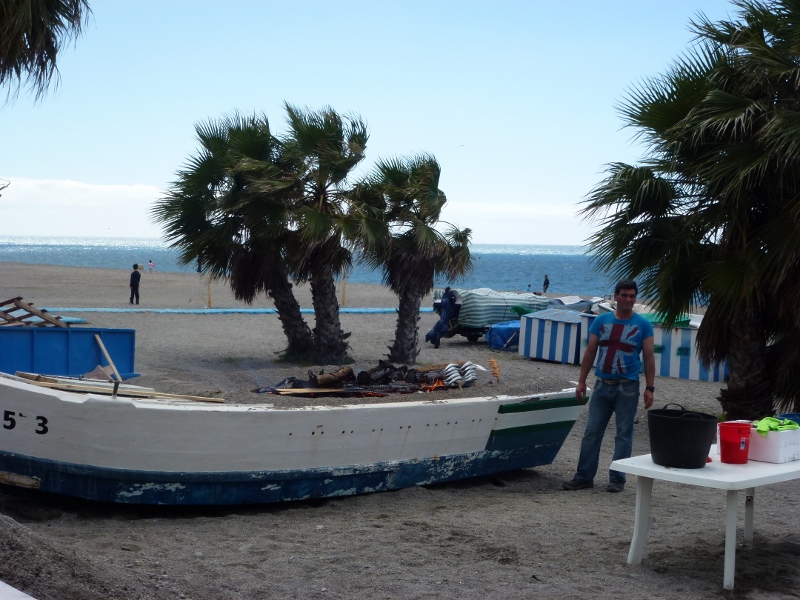 In February, we purchased our flights to Bangkok for July.  At that time, Lars still brought up that I promised he could try sardines before we go. Oh goodness, this kid has a memory that will haunt any mother.  I assured him the barbacoa would open before we moved and he would try his grilled sardines.

Early June arrived and no barbacoa!  I start secretly sweating bullets and hope that Lars has completely forgotten about the sardines.  One week later, I see a sign Sardines!  Woo Hoo!  We are home free!

So off we go to taste the sardines.  I took video and Lars created a great silent short film to share his thoughts on the long-awaited sardines.  This kids is to darn creative!  I just love him so much.

Here in Spain they refer to them as Barbacoa or Barbecued Sardines.

Along San Cristobal Beach, for €3 we were served 5 grilled sardines, served with a slice of lemon and a basket of bread.

If you would like to cook them on your own, here is a simple Grilled Sardines recipe for you to try.

As you can see, Lars was just “meh” about the grilled sardines.  Do you like Sardines?