Being a tall person has its advantages.  But when traveling, being tall sometimes isn’t all it’s cracked up to be.  There has been many a time that I have wished that I was a bit shorter.  Some extra headroom on the bus would be nice.  If I were a foot shorter, I would actually have some leg room on airplanes.  This go around though, there were times where I was wishing I was short.  Like really short.  As in 2 inches short.  You must be thinking, “He’s finally flipped his lid!”.  Well…no.  We’re at Legoland Malaysia, and I’m talking about the Lego Star Wars Miniland exhibit!

I grew up playing with Legos, and loved them.  The folks at Lego have really stepped up their game.  There are so many different Lego sets that can be purchased that are incredibly detailed, and I feel like a kid in a candy store looking at all of the models, and can imagine myself being tiny and driving, flying, and being involved with all of these awesome creations.

On the outside of the building, we were greeted by none other than a life-size Darth Vader made out of Legos.  He had his lightsaber drawn and ready, so Heidi grabbed a quick pic, and I gave him some room.  You don’t mess with Vader!  C-3PO and his friend R2-D2 were at the entrance as well.  The Star Wars exhibit is indoors, and that means air conditioning!  Once inside, the Star Wars Episodes are well represented.  It is truly amazing at how detailed the models/scenes are.  The people who built them were true fans of the Star Wars universe. 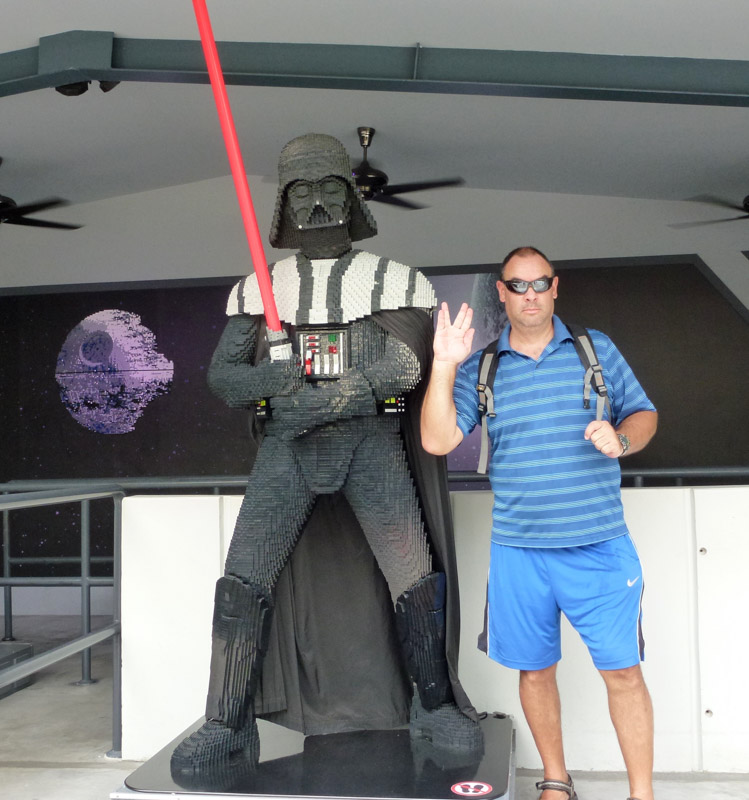 I don’t want to give too much away, and the pictures don’t do the scenes justice, but here’s a gallery of random pictures:

The first set takes place during Episode I: The Phantom Menace at the Battle of Naboo.  There is plenty going on in this set as you can see Obi-Wan and Qui-Gon battle that bad guy, Darth Maul.

The next set shows several battles that take place during Episode II: Attack of the Clones.  Not only do you see Padmé, Obi-Wan, and Anakin battle ferocious critters, you also see Count Dooku’s droid army duke it out with the Grand Army of the Republic.  This is a huge scene that took close to 1000 man hours to complete.

Episode III: Revenge of the Sith is next up, and this set covers two planets.  You’ll see our old buddy Chewbacca and his home planet of Kashyyyk (no, that’s not a typo!).  On the other side of the set, you’ll see the fateful duel that occurs on Mustafar.  As a fan, you know what happens.  If you don’t know, you’ll have to watch the movie.  No spoilers here!  This was one of my favorite sets.

The icy planet of Hoth is our next set for Episode V: The Empire Strikes Back.  The Rebels are doing their best to thwart Imperial AT-ATs attacking their hideout.  Hopefully Luke, Han, and Leia can get away from that mean ol’ Darth Vader.

We make our way to the forest moon of Endor in Episode VI: Return of the Jedi.  The forest is amazing in detail, and you can also see an impressive Imperial Shuttle.  The Shield Generator in the set weighs 72 kg (that’s almost 160 pounds)!

The final area brings us to Star Wars: The Clone Wars.  Based on the animated series, this set takes place on the planet of Christophsis.  I’ve never seen the animated series, so my knowledge of Star Wars canon is incomplete (I’ll have to correct that soon).  Nonetheless, this set contains the largest of the Star Wars models.  The Crystal Building is almost 8 feet tall, and surrounded by the Battle Droids, Super Battle Droids, and Clone Troopers, it’s a very impressive scene. 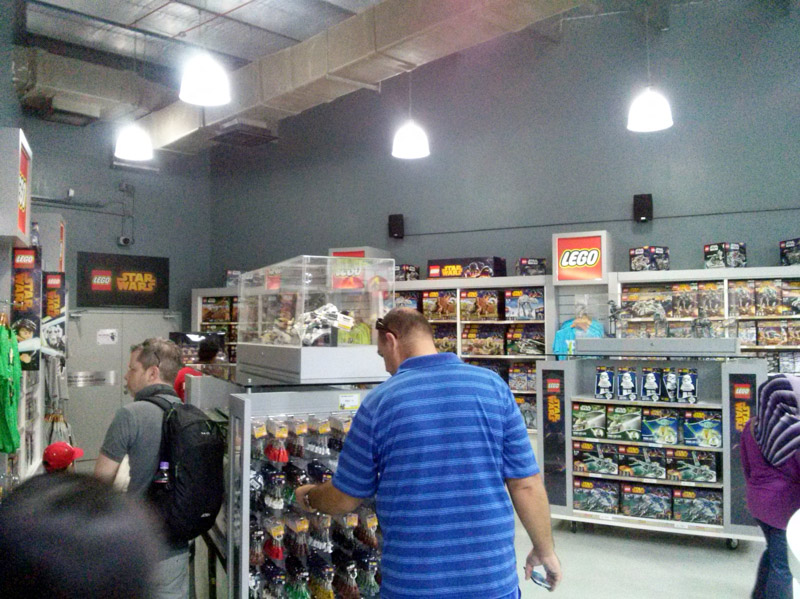 At the end of it all, there’s a shop where you can buy many of the models used in the Star Wars Miniland exhibit.  It took a lot of will for me not to buy something.  That, and Heidi took my wallet before we even walked in.  I forgot to mention that throughout the exhibit are storyboards that provide information on the places, vehicles, and people that make up the displays.

If you’re a fan of the Star Wars universe, you’ll enjoy all of the detailed models and sets.  It’s amazing to think about all of the work that was required to make this exhibit. 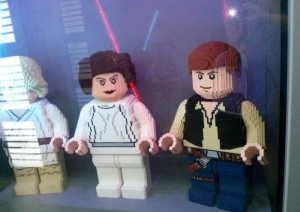 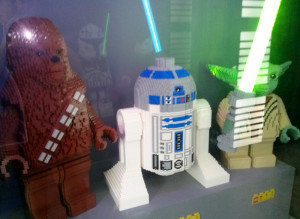 What is your favorite Star Wars movie, and favorite character?  Tell us below in the comments.  There are several packages from Singapore or Kuala Lumpur to Legoland, click here for the deals.