As you know we have had a tough time keeping up with Gma Bev.  While we are writing blog posts, editing videos/pictures, doing homework, taking naps or dining out, Gma Bev has been off exploring.  Gma Bev is always up to something and we are having fun teasing her about her Shenanigans.

At first it was a bit of a concern making sure she didn’t get lost and not knowing where she was.  Then we just “Let it go, Let it go”.  Ha!  I bet that song from Frozen is in your head now.  You’re welcome! 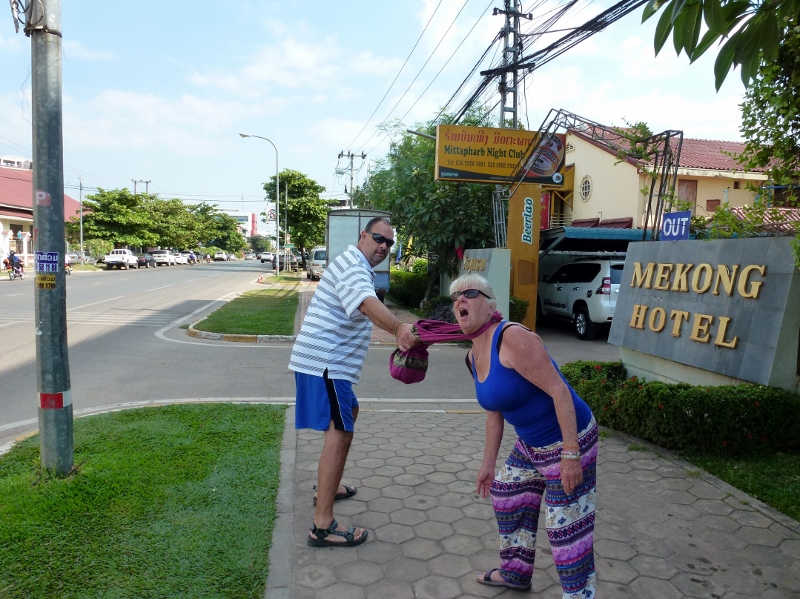 Anyway, she has been busy meeting people, experiencing and exploring.  She has been making many updates on her personal profile on Facebook, but the Wagoners Abroad readers aren’t getting to see all of that.  So with her approval, we are going to share most of her Facebook status updates with you!

After seeing them, some family members in the US were a little concerned that she was spending so much time on her own.  The thought of her roaming around in a foreign country, well it’s foreign to them.  She has been just fine and everywhere we have been, we have all felt extremely safe and comfortable.

So with that,  I will share with you her Facebook updates in the form of a blog post journal.  I will compile them for each country and then share as we go.  She is one awesome lady, but you already knew that.

Gma Bev’s shenanigans in Laos via her Facebook Updates

As our 3 Generations were finding our groove in Luang Prabang, part of that was Gma Bev going out and about.

A note from Luang Prabang, Laos. Today we visited the most awesome, beautiful place on earth with an equally awesome couple, Jeff and George. Heidi will post all about it on wagonersabroad.com. Meanwhile, I’m enjoying a rice bowl at a very nice restaurant as I wandered off by myself (again). 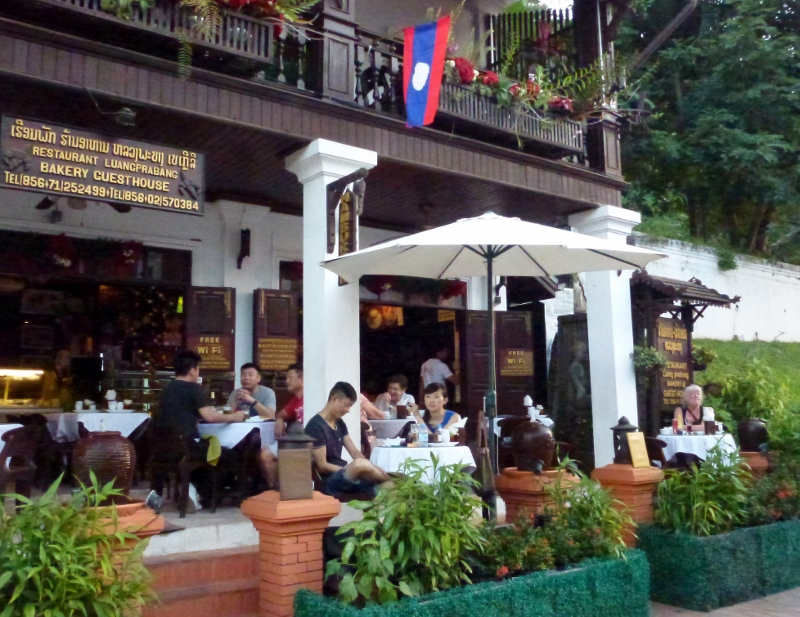 A note from Laos. …. These sweet ladies from Thailand asked if each one could take a picture with me sitting on a bench. I complied and then asked to take a picture with them. I told Anya perhaps it was my blond (ok, ok grayish-blond) hair. She replied that it was my big belly as it brings them good luck! Hmmm. 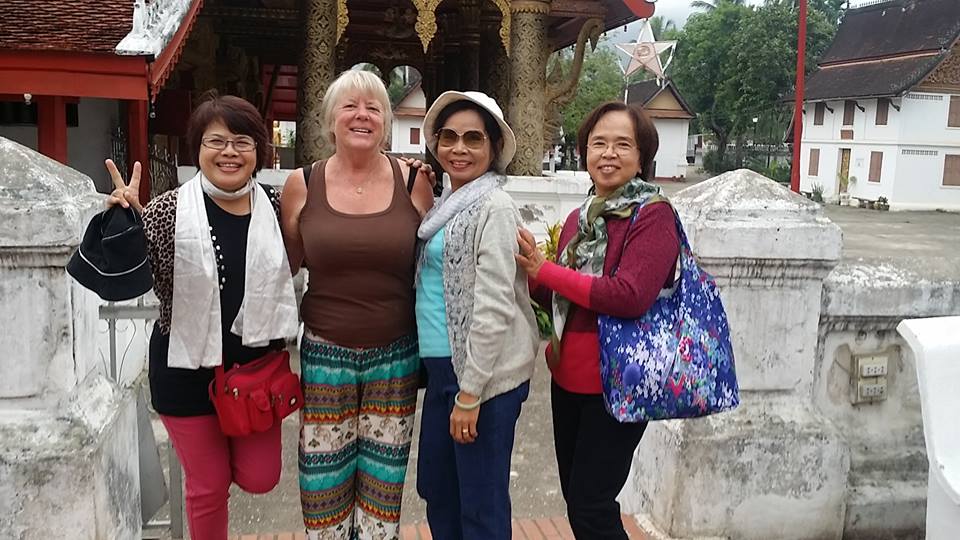 KARMA? Yesterday at the waterfalls a handsome young man asked me to tape him while he climbed a tree and went into the water. Last evening we happened to run into each other, introduced ourselves and quickly went our separate ways. A few hours later as I was going around the very last stall in the center of the marketplace to turn into my alley, there he was sitting and having Coffee! What are the odds?

We wound up chatting for an hour, others dropped in and out, he drew a portrait of me (minus the fat and wrinkles at my request) and found we both had similar philosophies about life. He is 27 and traveling all around. He also mentioned he had been looking for a friend to practice English with but never thought it would be a 72 year old lady. We are now fb friends and I promised to help him in his English. 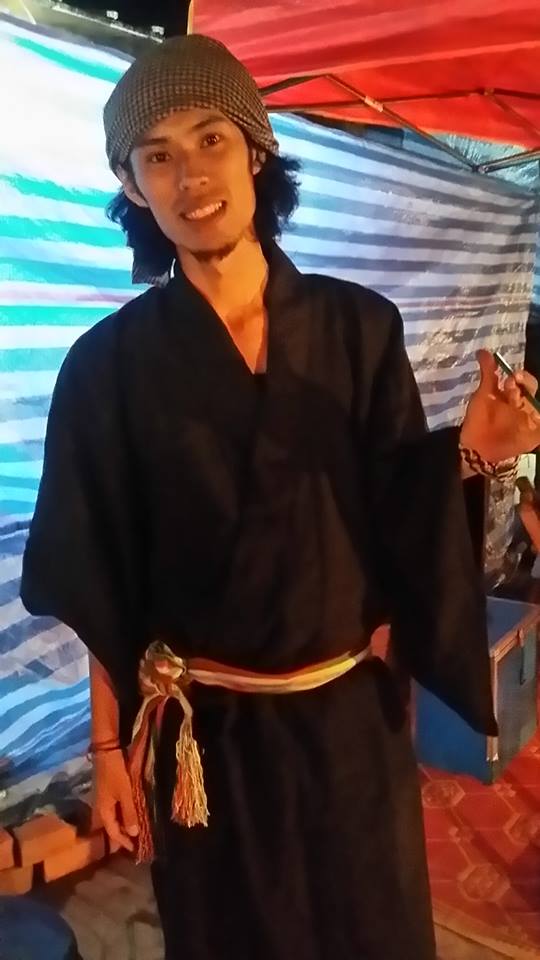 Said goodbye to our landlord who’s flying to Thailand (pictured). A wedding couple. Anya and I hanging out at a park by the river in Laos 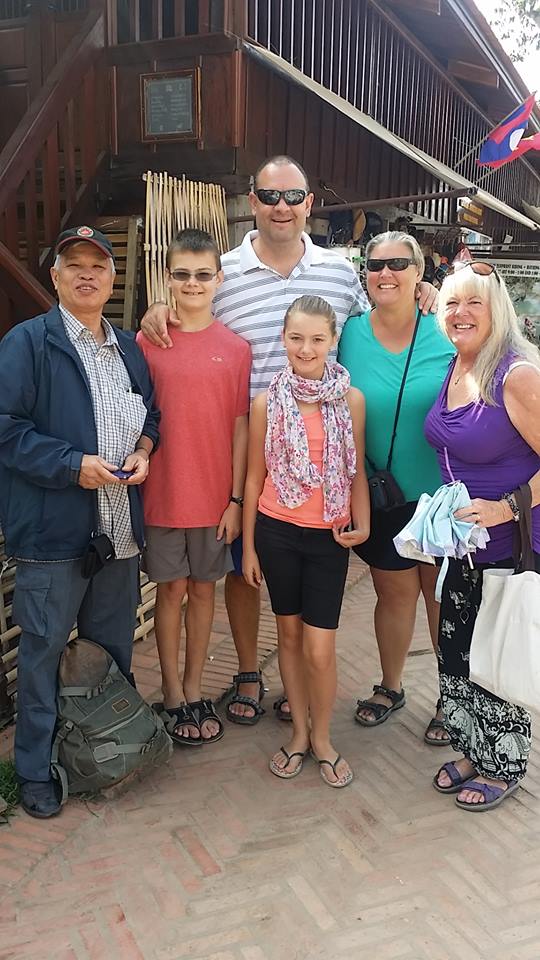 MY NEW BEST FRIEND. our conversations consist of hello and thank you. She is the landlady’s mother and we hug and chat each time I go into the lobby. Sign language can accomplish a lot. I made her a bracelet and she gave one to each of us and informed her English-speaking daughter I was her best friend! Her granddaughter goes to the university in Oregon. 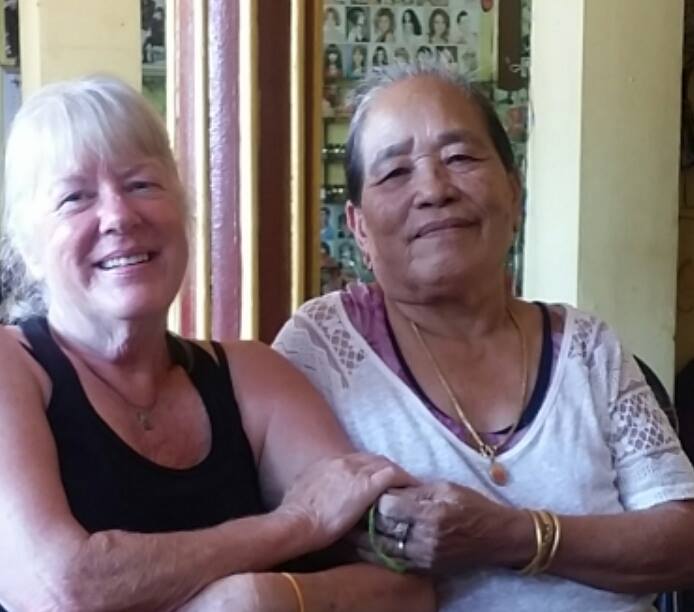 This is what I walked on, 3 stories up and pitch black. I didn’t see the horizontal post until I walked into it!

All to try to scare me (Heidi), but it failed. 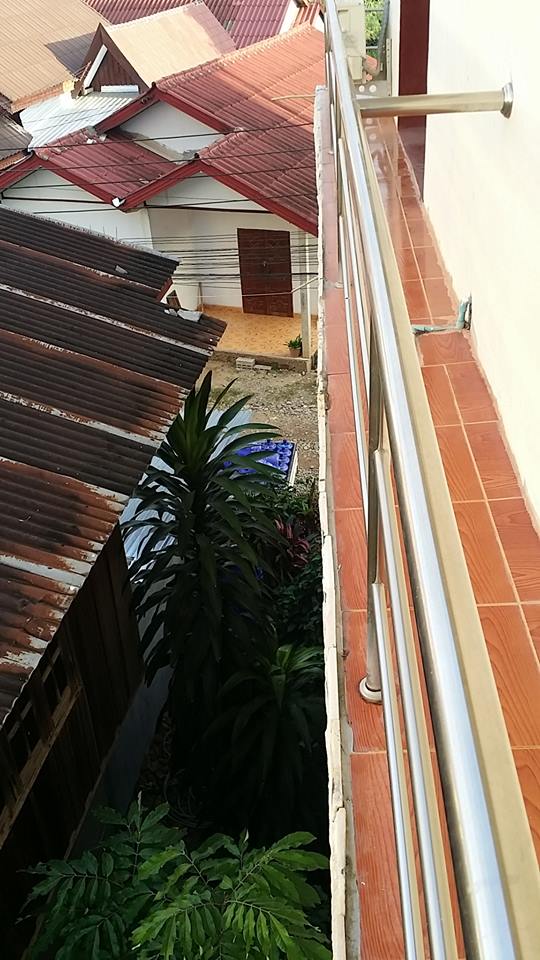 Went for 3 hour walk this morning. Purchased 10-day supply of ampicillin for 50 cents! Now sitting on our hotel patio overlooking net fishermen on Mekong River. That’s Thailand on other side. 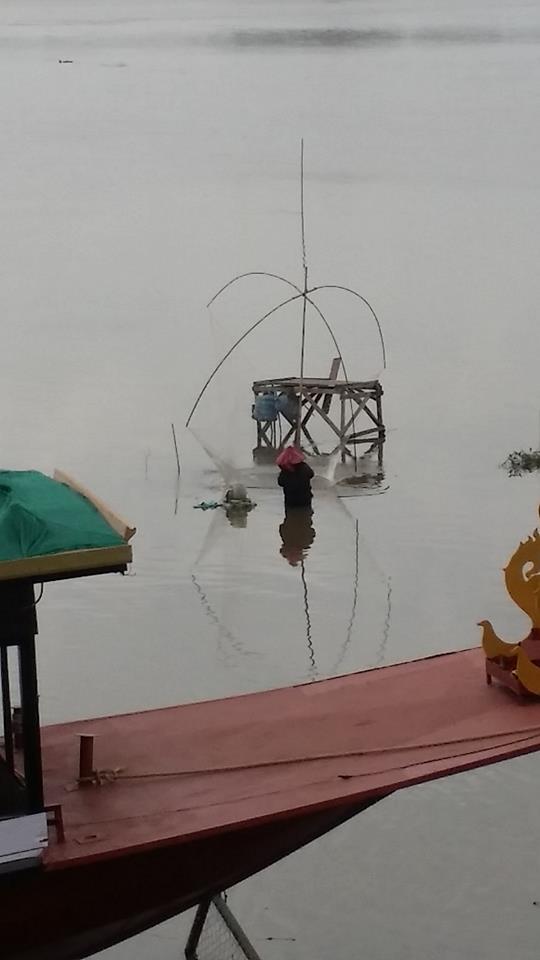 We then made our way to Vientiane, once again via the VIP Bus.  This time I was scolded by my mother, after the ride!  Ha!

My invite to join them at the karaoke bar. Was there for 2 hours!

Sorry you will need Facebook access for her video of them flagging her over to sit and join them.

Note from Heidi:  She was out for a walk and upon her return to the hotel she passed by one of many Karaoke bars.  The singing was less than stellar and she thought she would capture on video.  Next thing you know they are inviting her in and offering her beer.  Alan and the kids passed by about an hour later and “found” Gma Bev hanging out with the locals.  She seemed happy, so they kept on walking.

People are so darn nice. In Thailand I had a bowl of steamed rice and asked if they had soy sauce. They did not; so the next day I purchased a bottle at the market. That evening when ordering rice again, they served it along with a new bottle of soy sauce!

Here in Laos I had a bowl of rice at our hotel restaurant..again, no soy sauce. So next time I brought my own bottle and they wouldn’t take my money for the rice. So I insisted the waitress take it as a tip.

Tonight is our last night. Heidi told me she saw soy sauce up there earlier…so I didn’t take mine. This time they not only served the rice but brought a new bottle of soy sauce. But that’s not all, folks. When I gave the waitress the correct amount of money,she not only gave a portion of it back but proudly presented the bottle for me me to keep! The children in the pix belong to staff at our hotel which provides a nursery on the premises for all employees’ children. 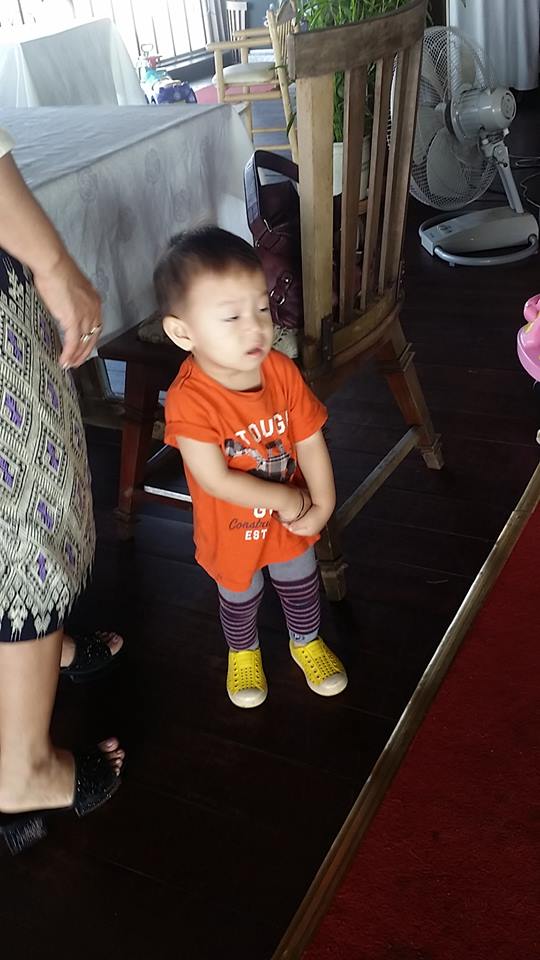 Well, there you have it.  I will try to do better about capturing it all for you.  I know you are curious.  Thanks for following along, we really appreciate it.  Please feel free to ask any questions or tell us what you think of all this.