Do you want to see choral groups, dressed in costumes, singing mainly through the streets of the village offering humorous song?  Then you should see the Carnaval Cádiz Chirigotas.  These groups are also televised for the main competition COAC,  but often perform in the streets through out the week.  The even have on-line voting for your favorite group.

Opening day of Carnaval, these singing groups parade around the “New Cádiz” on tractor pulled platforms. 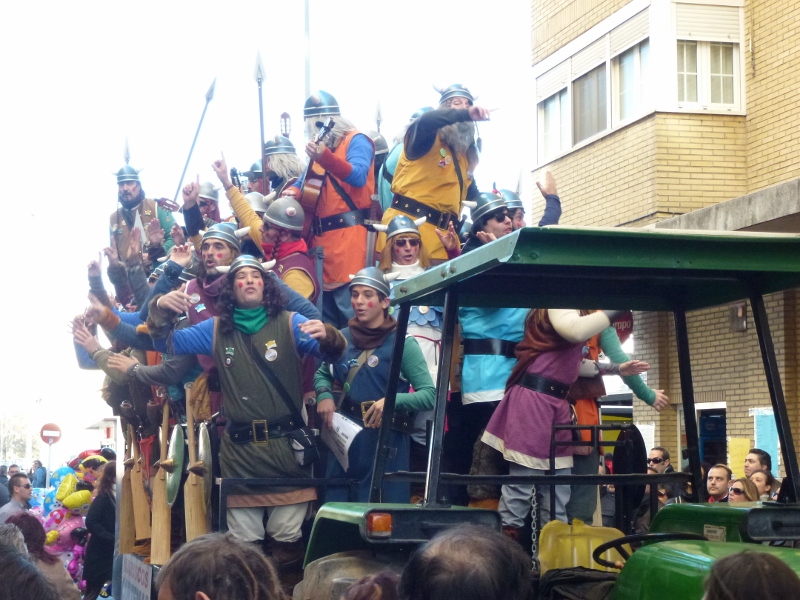 We found that we really had to parade around them, as the tractors weren’t moving much.  They were stretched for countless blocks all around the Puerta Tierra area. 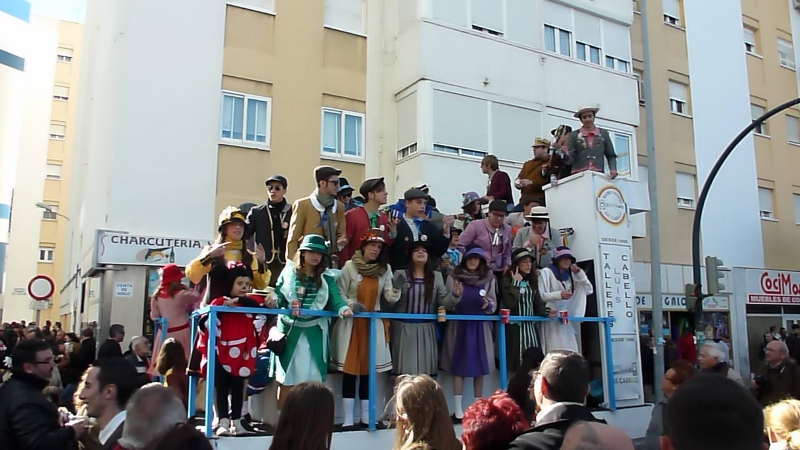 The streets were packed with spectators all laughing and having a great time. 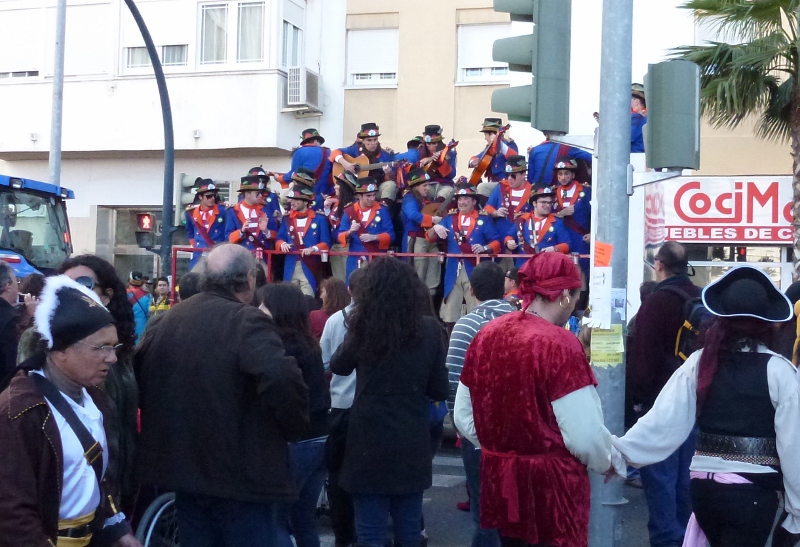 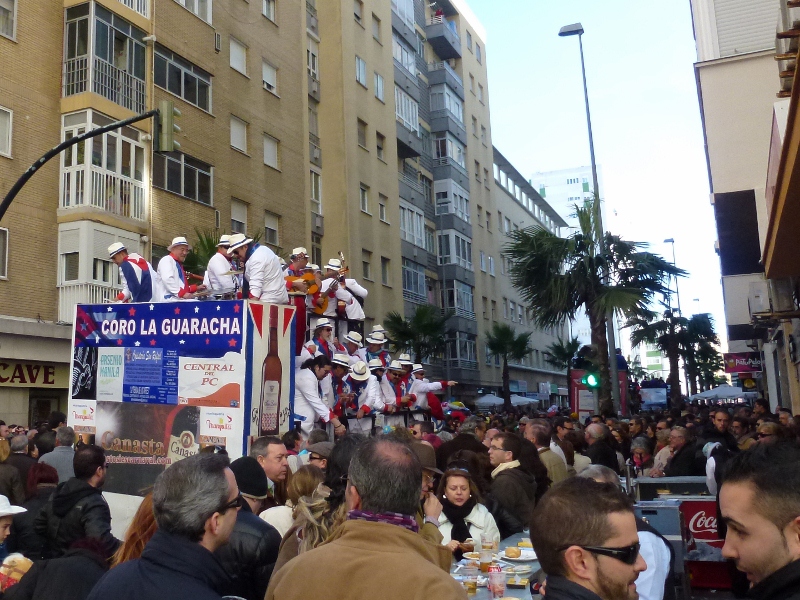 For some reason, this was one of my favorites.  They were full of energy and animation while singing. 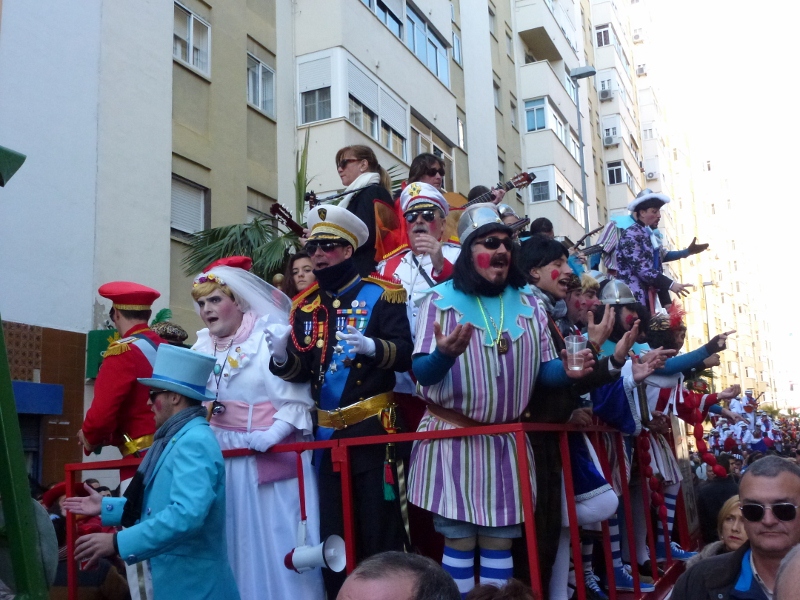 When you have a party on the streets you have FOOD!  Well, at least for the locals you do.  We thought for a brief second of tasting a lovely sea urchin, but then decided against it.  We are scuba divers and prefer to see them in the Sea.  People had no trouble paying 5 Euros for 2 and sucking them right up! 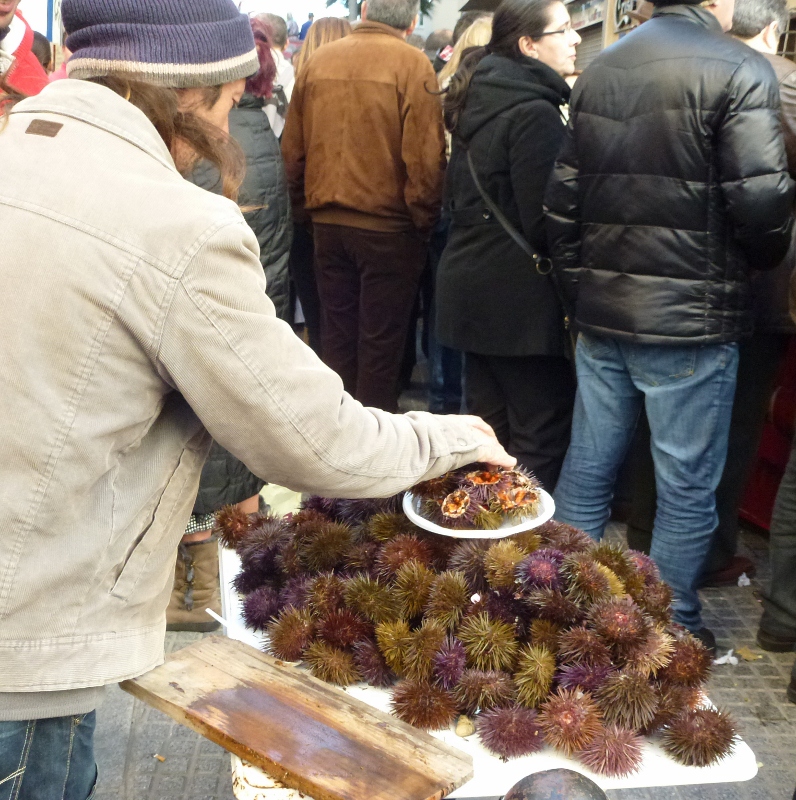 Some men dressed as Pink Nuns.  I looked them up and they were in the quarter finals as a quartet. 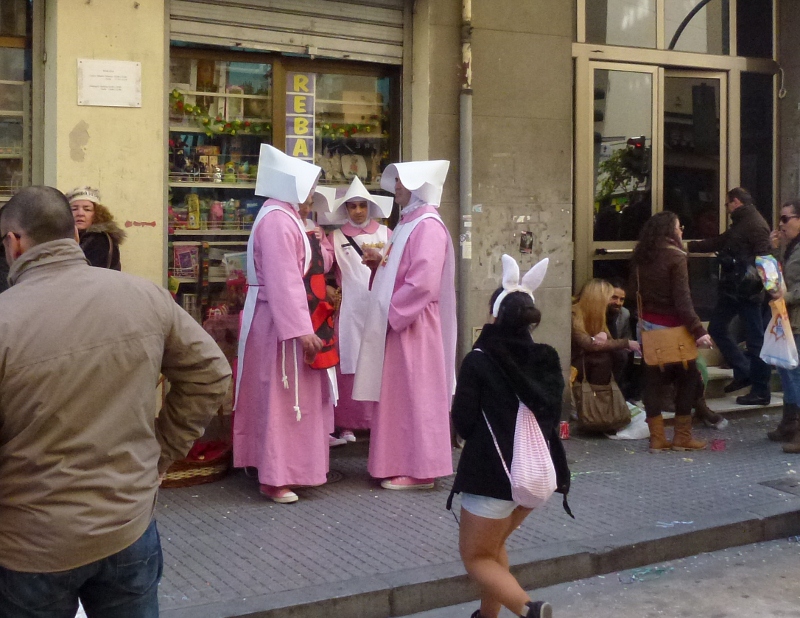 Some just couldn’t stay awake with all of the noise. 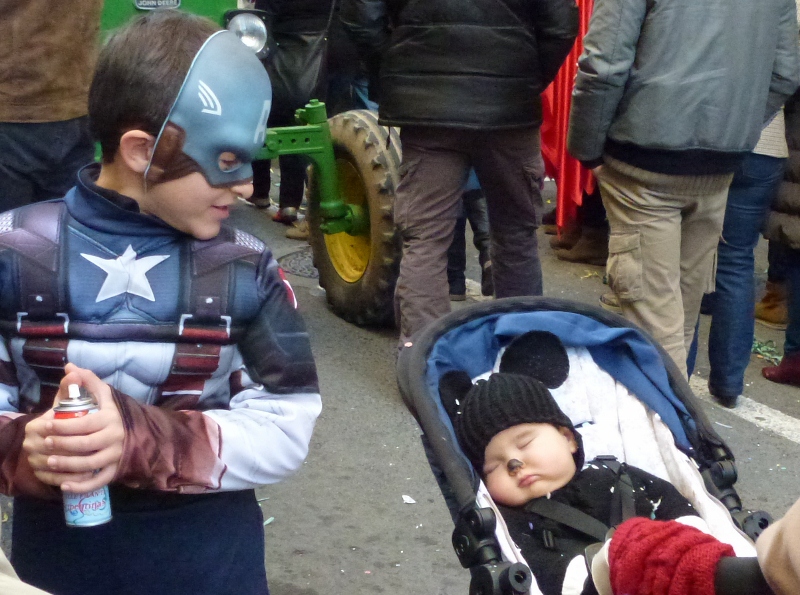 Even Little Red Riding Hood made it out to the party. 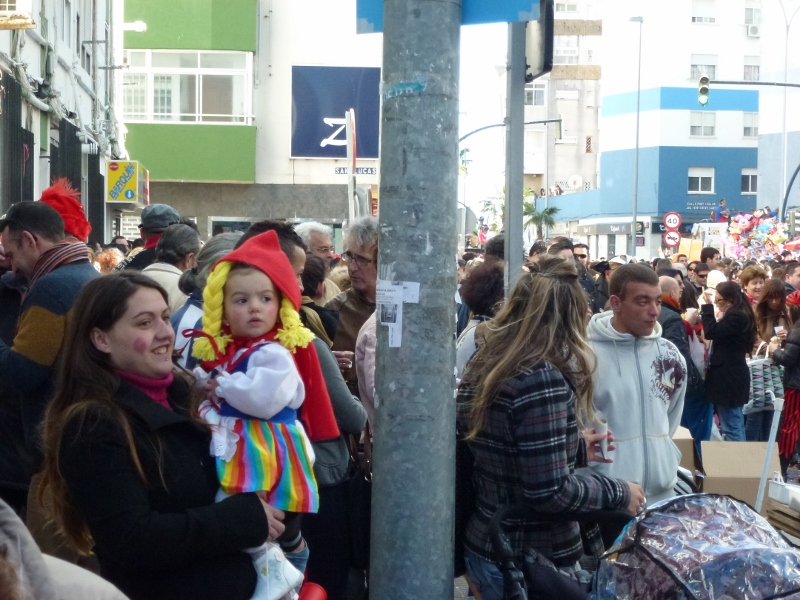 Prep room along the streets. 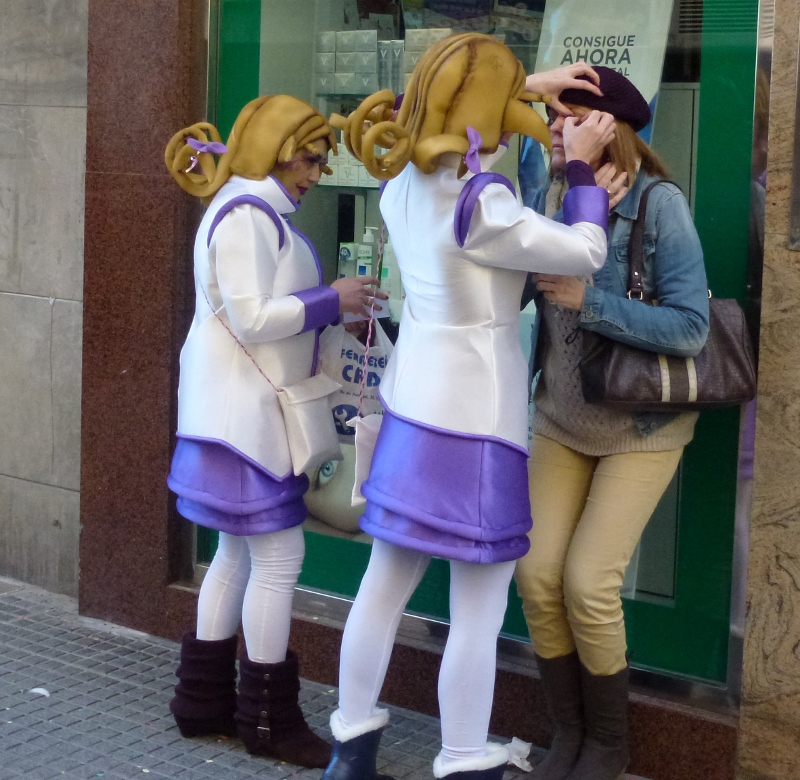