The U.S. is a great place.  Sometimes though, there are strange rules and regulations that quite frankly are insane.  For instance, did you know that in North Carolina, elephants may not be used to plow cotton fields.  In California, peacocks have the right of way to cross any street, including driveways.  There are tons of examples. 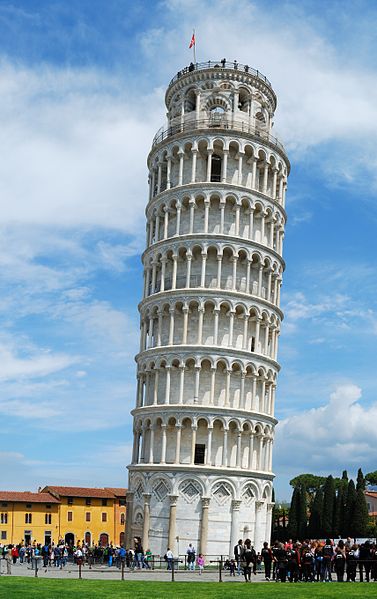 In our quest to experience European culture, we’ve run into a similar set of strange laws.  Some of the not-so-strange, don’t exceed the speed limit.  I’ve broken that one a few times.  Guilty as charged.  But while we were in Pisa, we ran across one of the strangest laws yet.  I’ll get into the details shortly.

When someone says “Pisa Italy”, what do you think?  The Leaning Tower of Pisa, right?  I’m such a mind reader!   Here in Italy, it’s called Torre pendente di Pisa, and it’s very popular.  I’ll be honest, I don’t even know what else is in Pisa, but we were so close that we just had to check it out.


So the Tower is in a walled area called Piazza del Duomo, and if you’re driving, it can be a bit hard to find.  Parking is the tough thing.  Sure you can find parking two miles away, but finding something close is always challenging.  It’s an Us vs. Them mentality, but we do pretty well.  While we did have a bit of trouble finding a good parking spot, once we drove around the entire area, we found a beauty of a spot.

Camera…check.  Kids…check.  Lock the doors…check.  As we got closer, the Tower loomed above us, and yes, it was leaning.  But what caught my eye was a big plaque that was displayed on the gate at the entrance.  It was in about twenty different languages, and while I didn’t grab a picture, I’ll paraphrase what Strange Pisa Law #1 said.

He whomever enters this area is bound by the Covenant of Pisa enacted in the year of Our Lord, 1372.  It is a requirement that all visitors arrange their bodies so that it appears as if they are Pushing Up/Over or Holding Up the Tower such that it may be captured by an artist.

For those who don’t understand all of that legalese, let me explain it to you.  You absolutely must look like a complete idiot, and do the same pose that absolutely everyone else uses to make it look like you’re holding up or pushing over the Leaning Tower of Pisa.  Strange law, huh?

And when we walk in, EVERYONE is doing it.  Well, when in Pisa, right?  It’s getting late in the evening, so I get Lars involved. 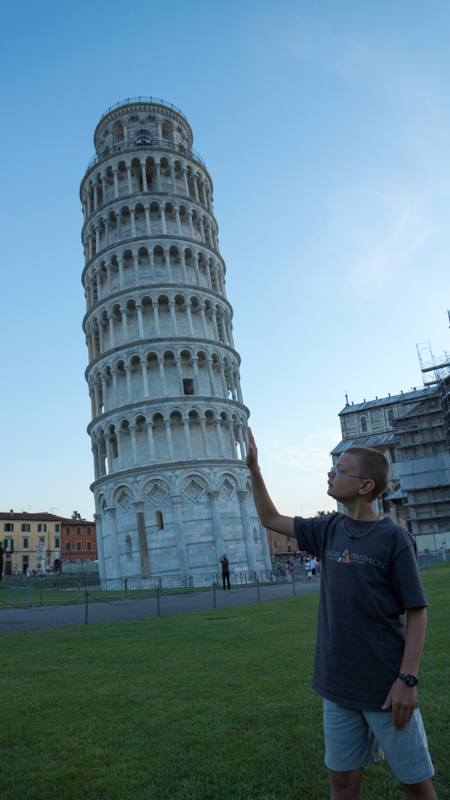 Pretty impressive, huh?  I’m sure there’s never been anyone, ever, who has captured the emotion and passion as I have in this composition.  With all of my creative juices flowing, I figure I’ll really be bold, so I enlisted both kids.  You may want to sit down for this next masterpiece. 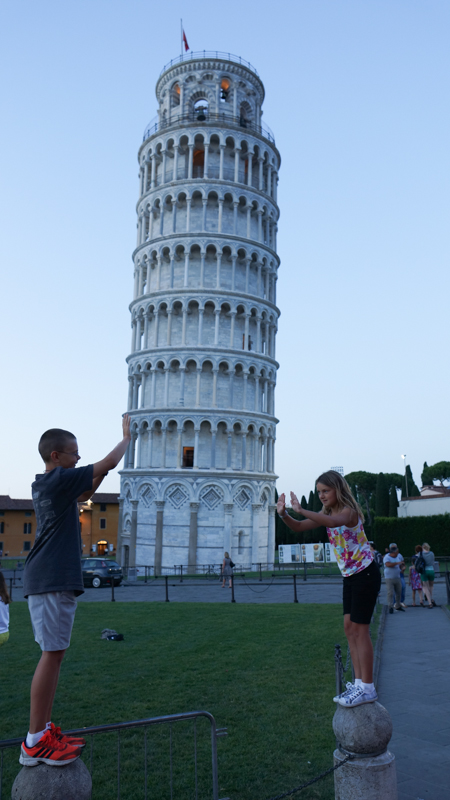 Did you see what I did there?  This composition evokes the duality of man, and his struggle to attain his lofty goals whilst simultaneously exploring the innocence of youth.  This piece of art is only moderately diminished due to the shortness of Anya’s arms.

So you get my drift.  Everyone doing exactly the same poses over and over again.  It’s actually quite comical the lengths and positions that people go to in order to “comply” with the law. 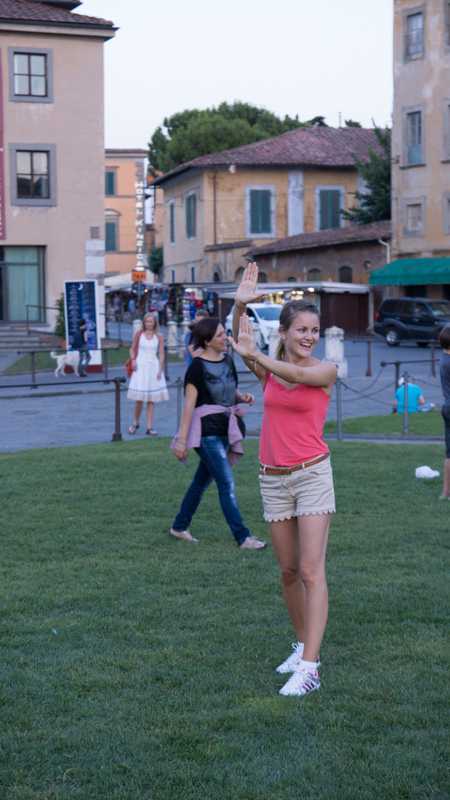 I don’t even know who she is, but she’s striking a very smart pose.  Once she saw I was taking her picture.  She gave me a bit of a strange look, and I’m thinking, “Yeah, you just posed like that, and you’re looking at me like I’m strange?” 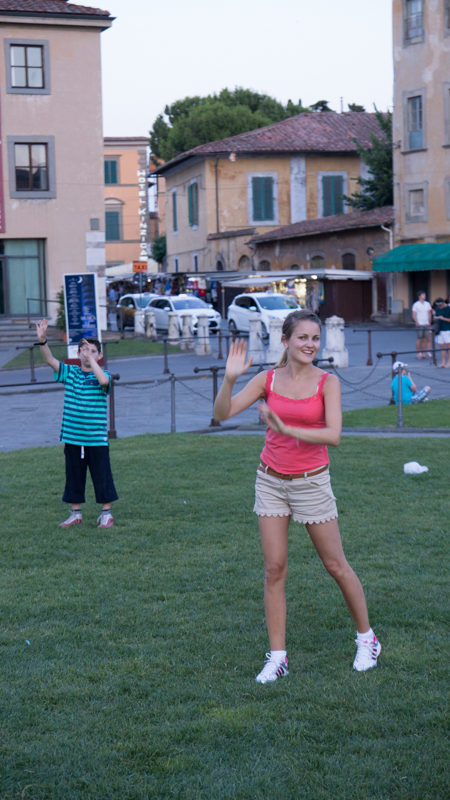 I then went a different direction.  Everyone is taking pictures of people holding up the Tower, so how about this? 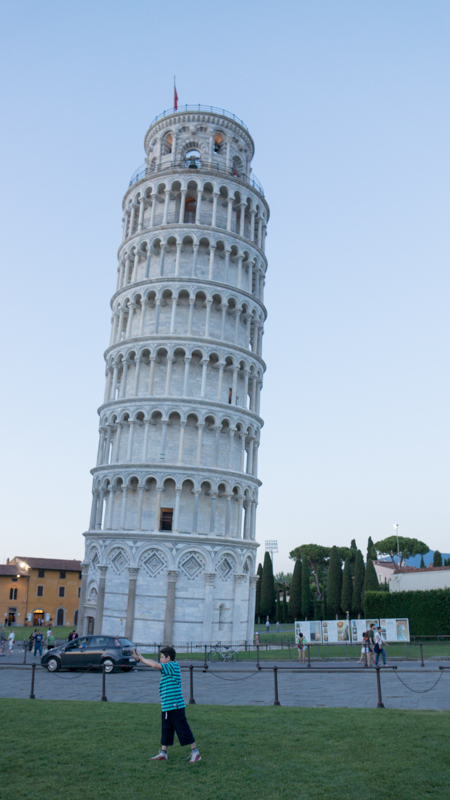 OK, I’ll stop with the snarkyness, it’s just that I abhor doing the same thing that everyone and their dog is doing. 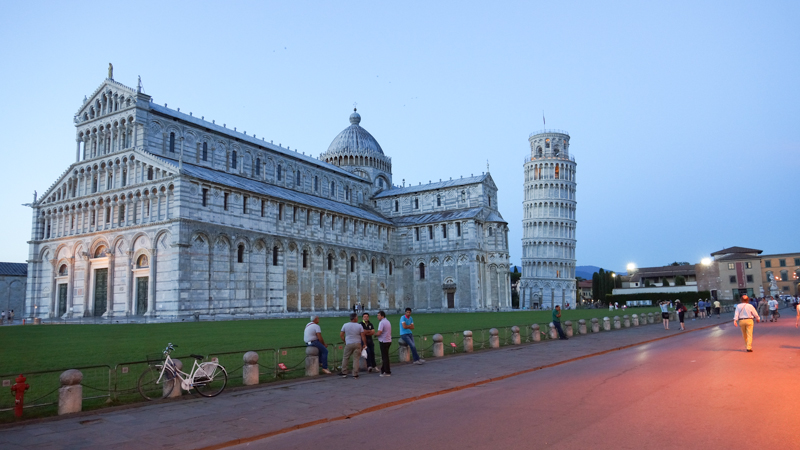 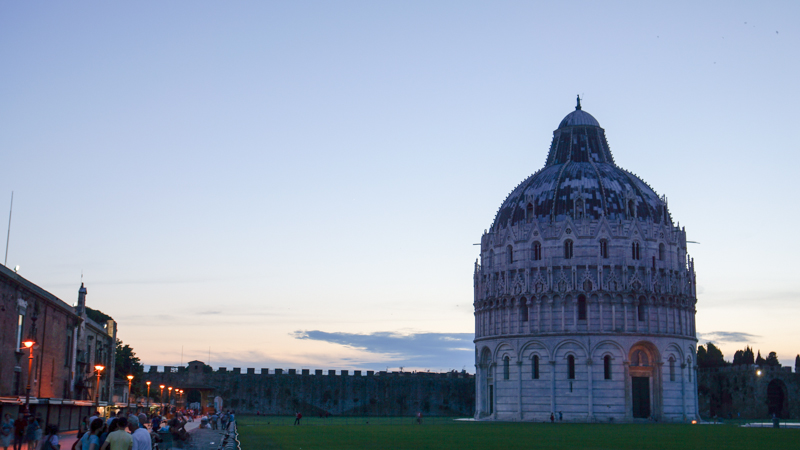 Overall, I really enjoyed Pisa, and would have liked to spend more time there.  Visually, it’s a beautiful place to see if you like architecture.  I don’t know what the penalty is for “breaking the law”, but I wouldn’t risk it.  More about our Euorpean Summer road trip 2013

2 thoughts on “Strange Laws In Pisa”