Last Sunday there was a fundraiser to help children in Cuba and they were making some Paella Gigante in out village of Almuñécar. This was a special event on a beautiful day in January.  We can hop over to nearby La Herradura any weekend night and get the same thing at El Chambao de Joaquin.  They were also the sponsors of this event. 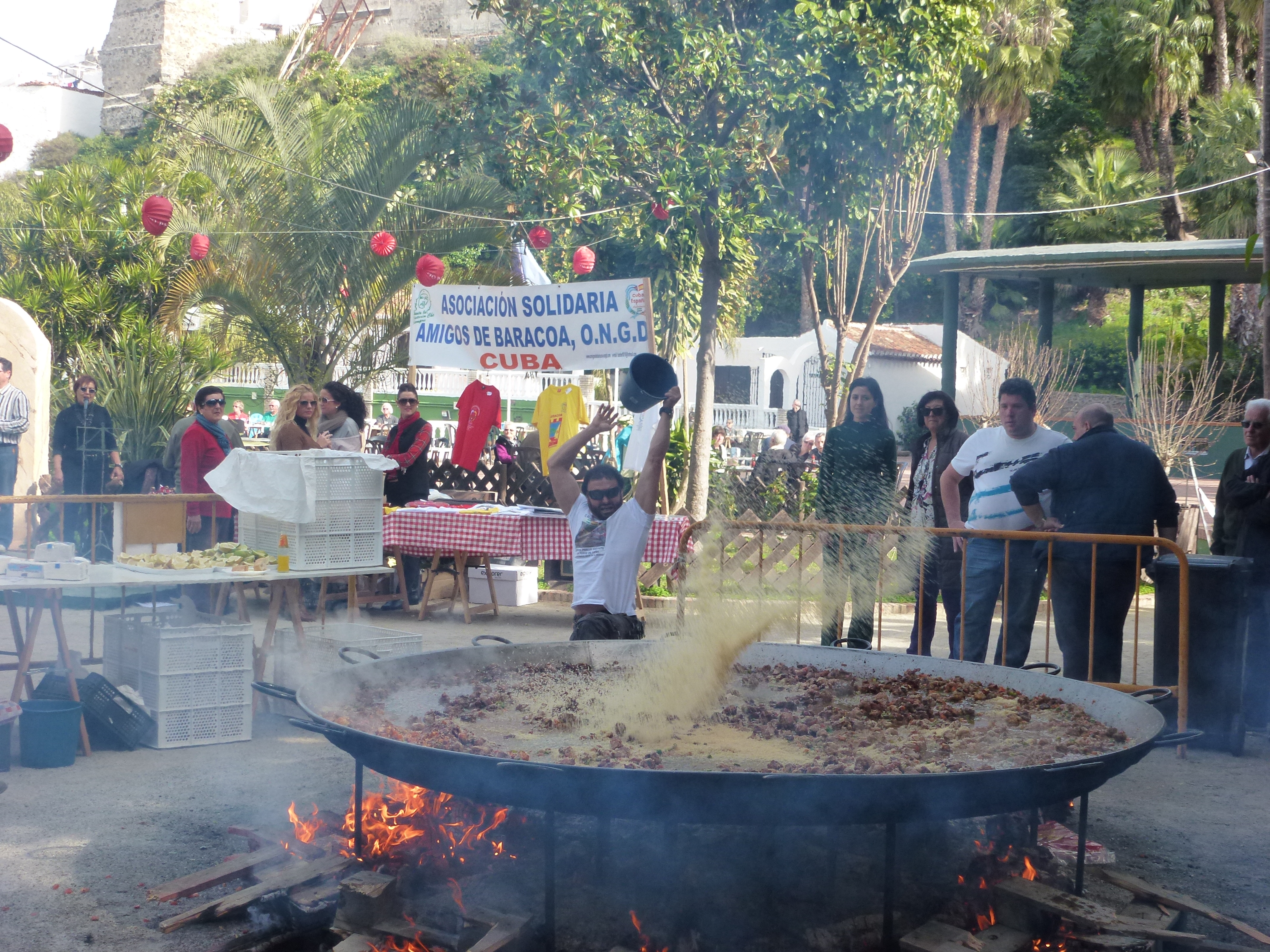 It was a fun show watching the master at work making the huge Paella and it was a full day process.  First they roast the peppers and meats.   Then he artfully adds in the vegetables and rice.  The pan was massive, bigger than some small swimming pools!  It was a fun day at the park and it seems there are many celebrations there, often involving Paella too.

We have captured a video of a portion of the process.  It is quite the show, so enjoy.  I have to say it is much better to be there in person and soak up all of the culture.  With the castle above you, with flamenco dancers and music as well it touches all of your senses.