We’re wrapping up our awesome weekend getaway to Córdoba, and Heidi and I wanted to surprise the kids with something unusual.  Over the past few months, several families have visited us here in Almuñécar, and we decided to be the ones who traveled to meet a family.  We read about this family online, and just had to visit.  Who are we meeting?  We’re meeting the Lobos! 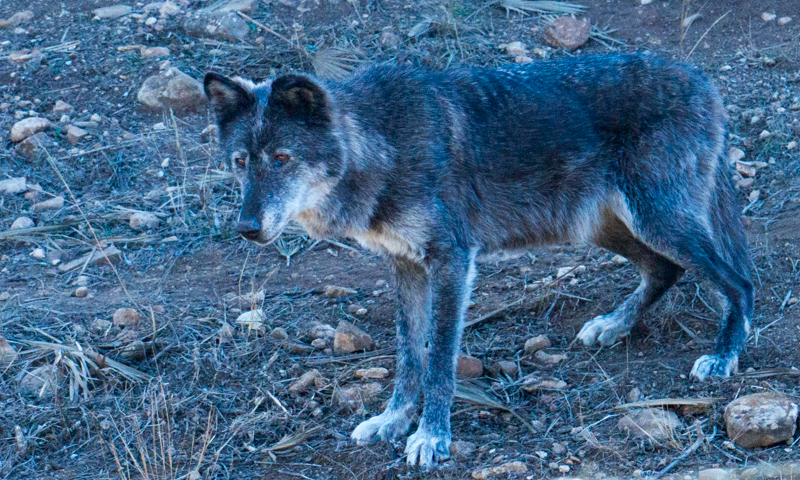 For those who speak Spanish, you know what I’m talking about.  For those that don’t, and haven’t yet gone to Google Translate, you’re probably thinking, “Oh that sounds like a nice family!”.

To set everyone straight, we went to Lobo Park.  It’s a shelter that houses many wolves of different subspecies.  They were all Canis Lupus, and from various parts of the world, and all of them were absolutely beautiful!

Before we started the tour, I managed to get some audio of a group of wolves howling.  It’s only a small clip, but it was still pretty awesome.

Pretty cool, huh!  Once the tour started, our guide, Louise took us to see the other rescue animals. 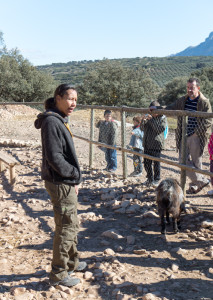 They have a Vietnamese Pot Belly Pig, a regular pig, some goats chickens, and two foxes.  Louise explained that one of the foxes was bottle fed, so he wasn’t very shy.  Sure enough, he came up to her, and played with her a bit, while the other one (rescued from the wild) didn’t budge from his spot. 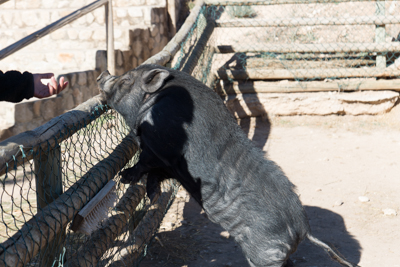 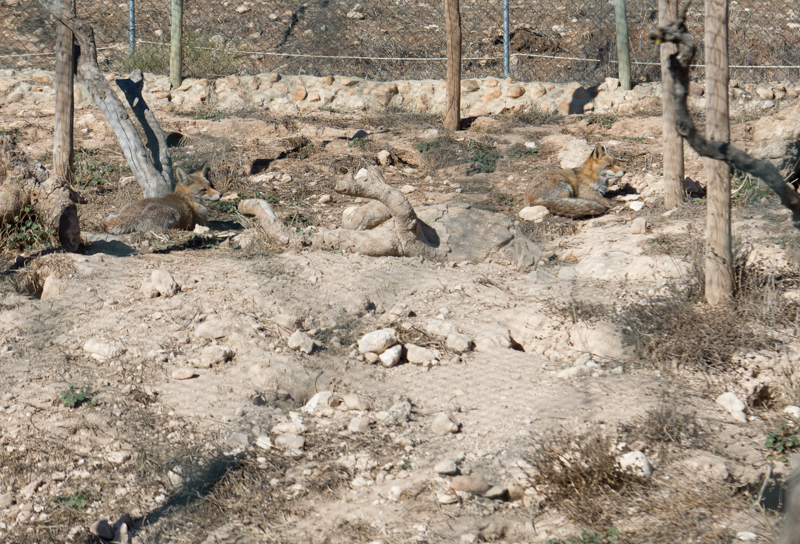 After explaining the ins and outs of the animals, it was time to meet the wolves!  Louise grabbed a white bucket that had some “snacks”, and we walked to the first area.  Most of the pictures are behind a fence, so they’re not as clear as possible.  No matter which enclosure we visited, all of the wolves watched Louise very intently.  They know she’s the Snack Master.

Louise explained that they feed the wolves two big meals per week, and then some snacks a few times each day.  They try to keep the animals on a feeding schedule that they might have in the wild, but at the end of the day, their focus is on keeping the animals comfortable.  They have large enough enclosures that the animals can move to an area for privacy, if they want.

Throughout the tour, Louise was feeding one or two animals at a time, but the last enclosure had 10 wolves.  While all of them were focused on Louise, they were all fairly mellow, but once she broke out the white container, they knew they were being fed.  Those mellow wolves went into survival mode, and that’s when the pack hierarchy became evident.  The dominant wolves were standing on top of the weaker ones, and if the weaker ones didn’t like it, they were bitten/gnawed on until they rolled over.  I definitely would not want to be the one between a wolf and his dinner.

We had a great time, and the kids enjoyed the surprise visit.  Lobo Park is doing a great job of taking care of the animals, and seeing (and hearing!) the wolves was a great experience.

The only bad thing was that Lars contracted some strange virus.  It will make trying on clothes a bit more difficult, but he’ll manage. 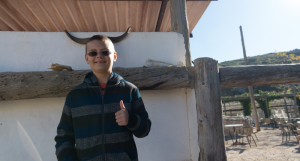 14 thoughts on “Meeting the Lobos in Antequera Spain”