Just like any other holiday in a big city, we enjoyed the hop on hop off Athens!  This time we had the 3-day pass and used it every day! 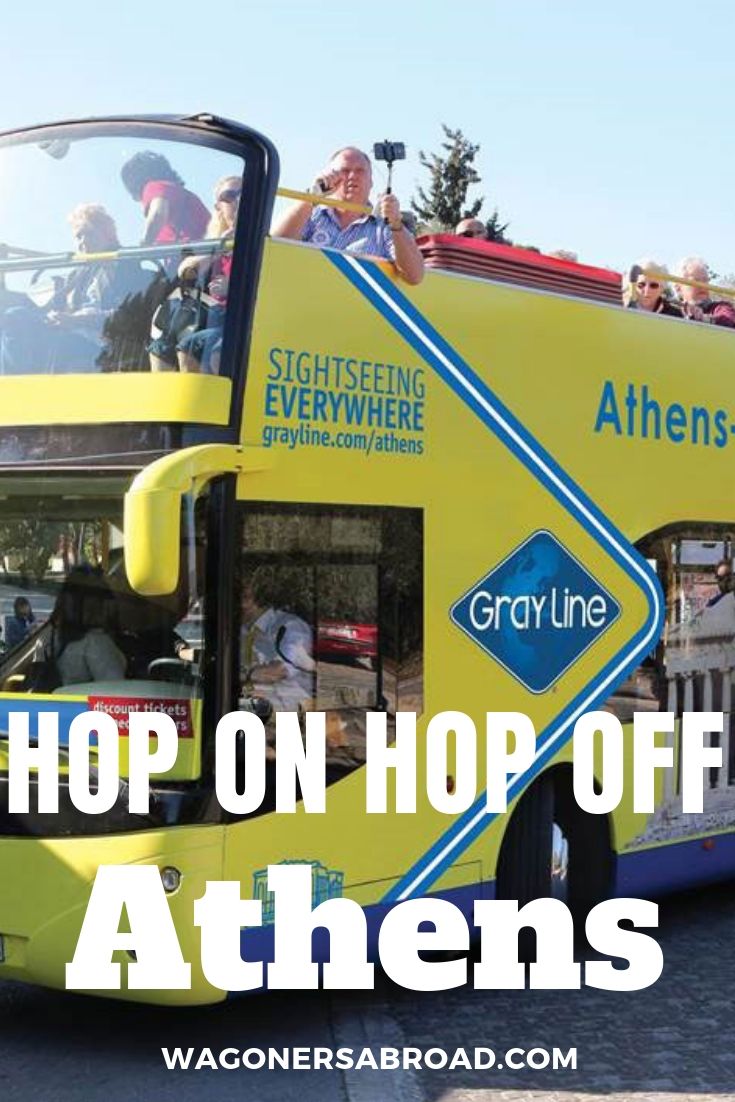 Many things in Athens appear to be very close to each other on the map, but there are some hills thrown in there and this is where the Hop on Hop off bus in Athens really helped us out.  As I mentioned, we had the 3-day pass and we did use it every day!

Let’s Hop on Hop off Athens!

There were several bus companies to choose from, but we opted for the Athens open tour bus, through Grayline.  This is the big yellow bus in town and seemed to have the most buses with shaded upper decks.  This was key for us in the heat of Athens in August.  The interior lower-level had air conditioning, but we preferred the fresh breeze up top. 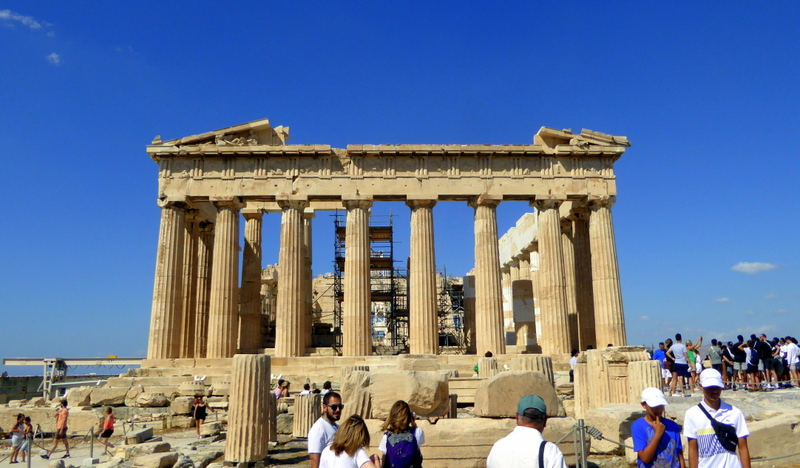 There are three different routes offered and sometimes we just went on the ride, without any intention of hopping off.

Reasons we love the Hop on Hop off Bus!

A break from Walking & the heat

It was great to have some downtime from walking and the heat.  We did see a few people using the AC in the lower level as their napping station, a brilliant idea!

Of course, I always love listening to the audio tour portion as well.  Gotta get those little trivia gems in my head.  If we were driving in a car, we would pass something cool and wonder what it was.  On the bus, each point of interest is called out and you learn a bit about it too.  In between audio blurbs there was some cool Greek music too, so a bit mesmerizing to say the least. 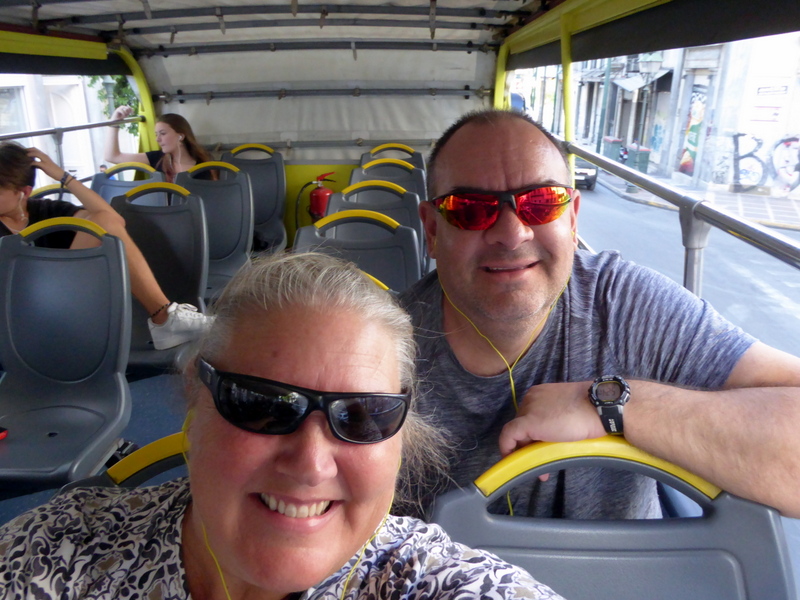 Getting to the Athens points of interest without the hassle

If there is something to see in Athens, it will be on the bus tour line or close to it.  There is no need to try and figure out directions.  All you need to do is hop on the Athens sightseeing bus and stay on until you are at the stop you want. 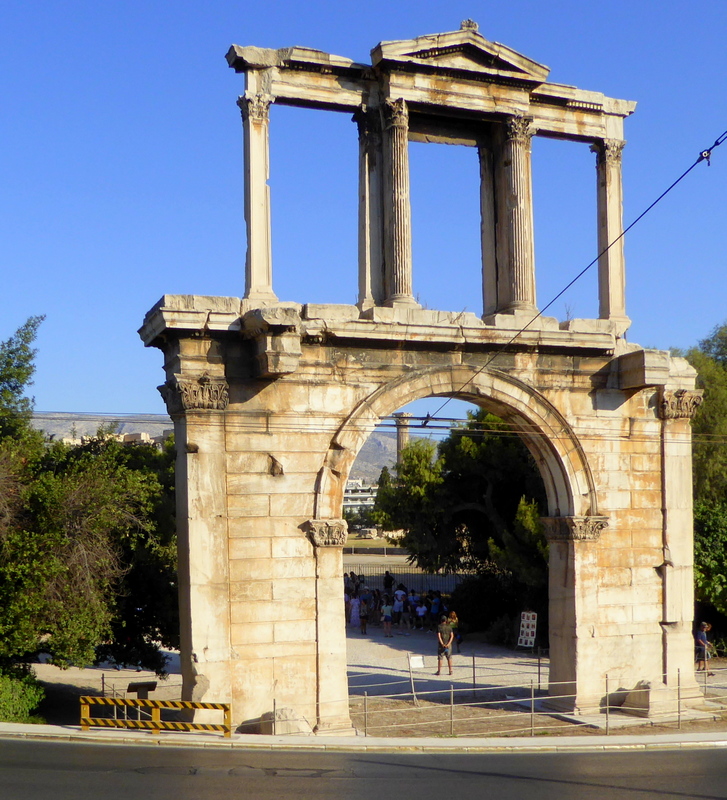 There were several points of interest in Athens which we could view from the upper deck of the bus, and wouldn’t have been able to see as much from street level.  This is how we do things sometimes if we just don’t want to go in and explore the sight in detail.  The stadium was a great example of this.  We could see the entire stadium from our perch atop the bus, but if we had been on the ground, we would have had to enter. 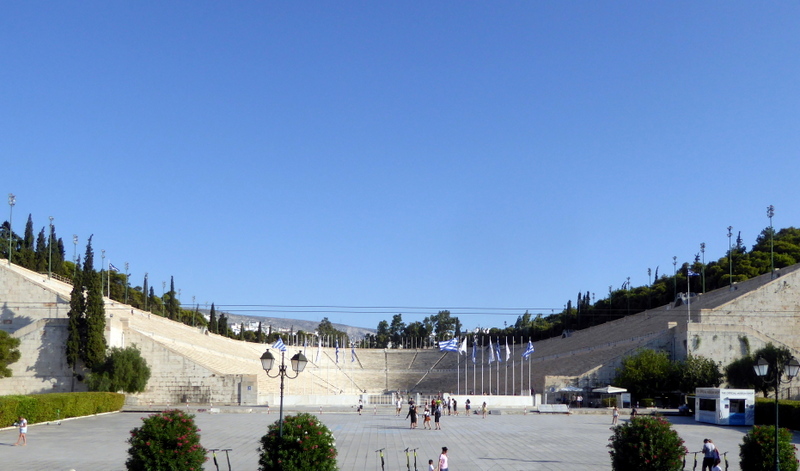 Another cool thing to see, but not wanting to walk to find it was the Dromeas “The Runner” (A cool 12-meter high sculpture, made of thousands of pieces of jagged glass and iron, located in a roundabout).  We passed it several times on our bus routes since we were high up it was easier to get a photo. 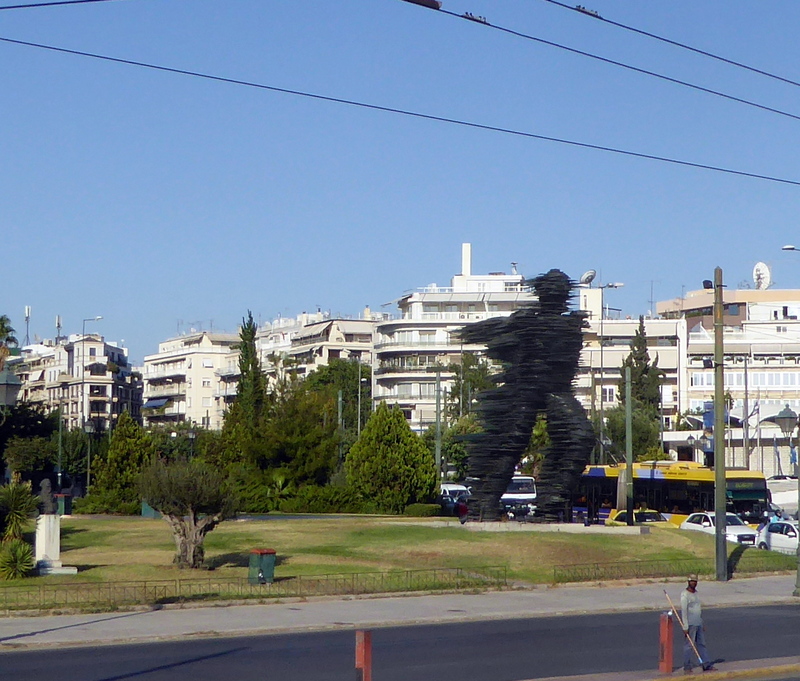 We did make one little mistake, which cost us a bit of time.  The first time on the bus, we reached the Acropolis, but we had plans to visit it another day.  We just stayed on the bus, assuming it would remain the Athens city loop.  People hopped off and hopped on and away we went.  Our plan was to get off at the next stop to see Hadrian’s Arch and the Temple of Zeus.

Well, the next stop was in another direction, in fact, our bus changed to the cruise port line.  Luckily we had time to spare, so we just did the loop for the Piraeus line.  We could have easily hopped off at any of the stops and crossed the street to catch another bus going to another direction.  It was actually nice to see a bit more than the city center and look at the port and big cruise ships.  A fun experience for sure. 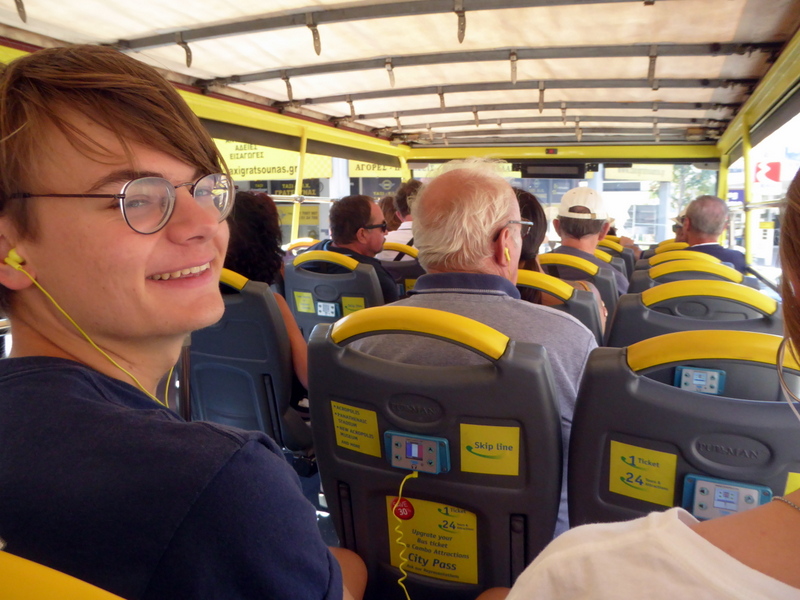 Again, it was a family favorite thing to do.  We didn’t get to see all of the Athens tourist attractions, as we just didn’t have enough time.  That said, we did at least get to drive by them on the bus and hear a little about them on the audio.  Book tickets today!

Do you like hop on hop off bus tours?  Tell us where you’ve been.