We were expecting to take a trip to Gibraltar as a joint anniversary present (16 years)  in March, but an unexpected holiday gave us a four-day weekend.  The holiday in question is Día de Andalucía (Andalusia Day).  This important date, February 28th, commemorates the date when Andalusia was made an Autonomous Community in Spain some 33 years ago.

With Bev here (Heidi’s Mom), we figured it would be a great place to go for a day trip.  As it’s only about three hours drive, it’s not too painful.  It also gives us a chance to see how the car handles five passengers instead of our usual four.  Heidi smartly decided to reserve a two-bedroom hotel room so we weren’t driving home late at night.  Rooms in Gibraltar were very expensive, so she found an affordable place in Spain about 20 minutes away from the border.  Our plan was to leave Alumuñécar early (7-ish), and get to Gibraltar relatively early, so we could spend as much time possible. 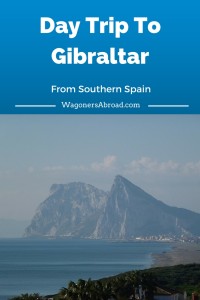 I guess I should back up a bit.  When you think of Gibraltar, what do you think of?  For me, it’s the The Rock.  You know…The Rock. 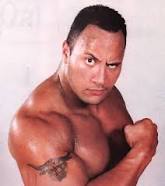 I guess their advertising guys did their job well.  Where was I?  Oh, yeah.  So I don’t know if you are aware, but Gibraltar is tiny.  Actually, tiny is probably a bit on the large side in describing it.  Teeny is probably a better word.  It’s less than 3 square miles!  That’s about 11 times larger than The Mall in Washington D.C.  Not very big is it?

Back to the story.  We left our apartment around 7:15, picked up Bev, and started driving.  It was raining, and a holiday weekend, so I wasn’t sure how crowded the roads would be.  As it turned out, traffic was very light, but once we were on the motorway, the rain really started to come down.  It was so bad, that Heidi had to slow down to about 3/4 speed.  Luckily, the deluge didn’t last long, and we were back up to full speed after 15 minutes or so.

We stopped about half-way there for a bio-break, and to get some snacks, and we were back on the road.  Along the way, the hills and roads had snow on them.  At first, it didn’t register with me that it was actually snow that was on the road.  It was too warm, and the altitude was too low (hundreds of feet).  The area must have had some freak weather storm that dumped a sizable amount of snow on the ground.  The mountains in the distance were absolutely gorgeous.

We made good time, and were able to check into our room around 10AM.  This let us drop off the stuff we didn’t need, so we weren’t carrying absolutely everything in the car.  Once checked-in, we were back on the road, right after we took this picture. 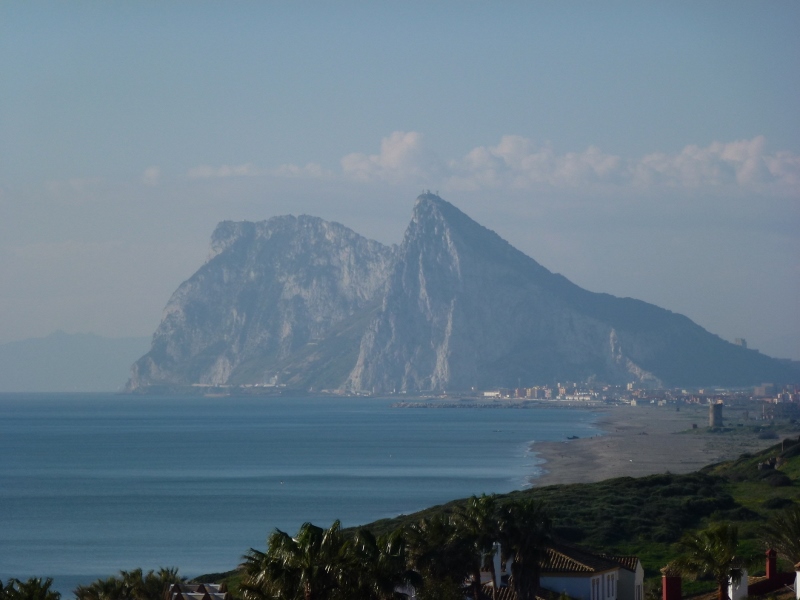 By now, you should know that Heidi and I like to get around by car.  Sure, parking can be a real pain, but I have to say, over the years, it’s worked out well for us.  A couple of friends had recommended against taking our vehicle there as the lines getting in and out can be brutal (think about a two-hour wait each way).  And, the parking can be very difficult to find, as well as a bit on the pricey side.  We threw caution to the wind, and decided to chance it. 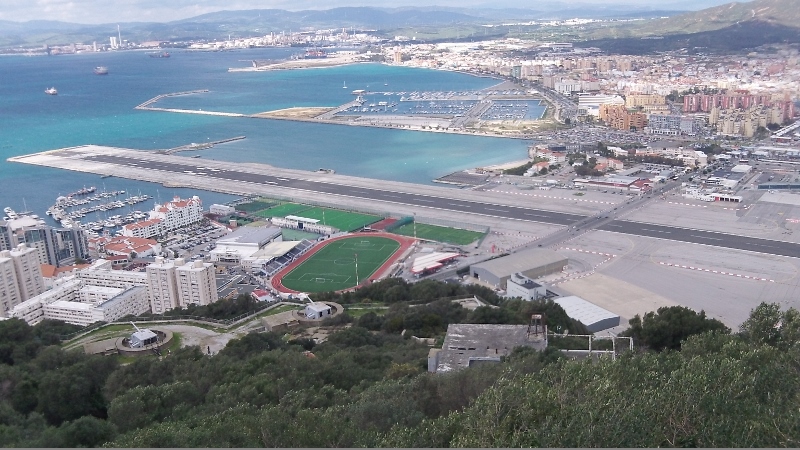 It turns out that driving into Gibraltar on a Andalusian holiday is a great idea.  As I recall, it took us about 10 minutes to get to the crossover point.  The border agent asked to see our passports, and waved us in.  No muss, no fuss.  We crossed the airport runway, and made our way to The Rock.  Wait.  What?  Yes.  Gibraltar is so small, they have a stop light for the airport runway.  Pretty funny, huh?  Next stop, The Upper Rock Nature Reserve.

2 thoughts on “A Day Trip To Gibraltar From Southern Spain”