I’ve finished the very intensive Spanish course program which is organized Pueblo Español, and it’s time to tell the world about my experience.  The short answer is…I had an excellent time, and it is an incredible Spanish conversation course.

Instead of writing a daily journal type of post, I’m going to cover the highlights of the week.  If you’re interested in improving your Spanish by doing an immersion program, then you’ll want to continue reading. 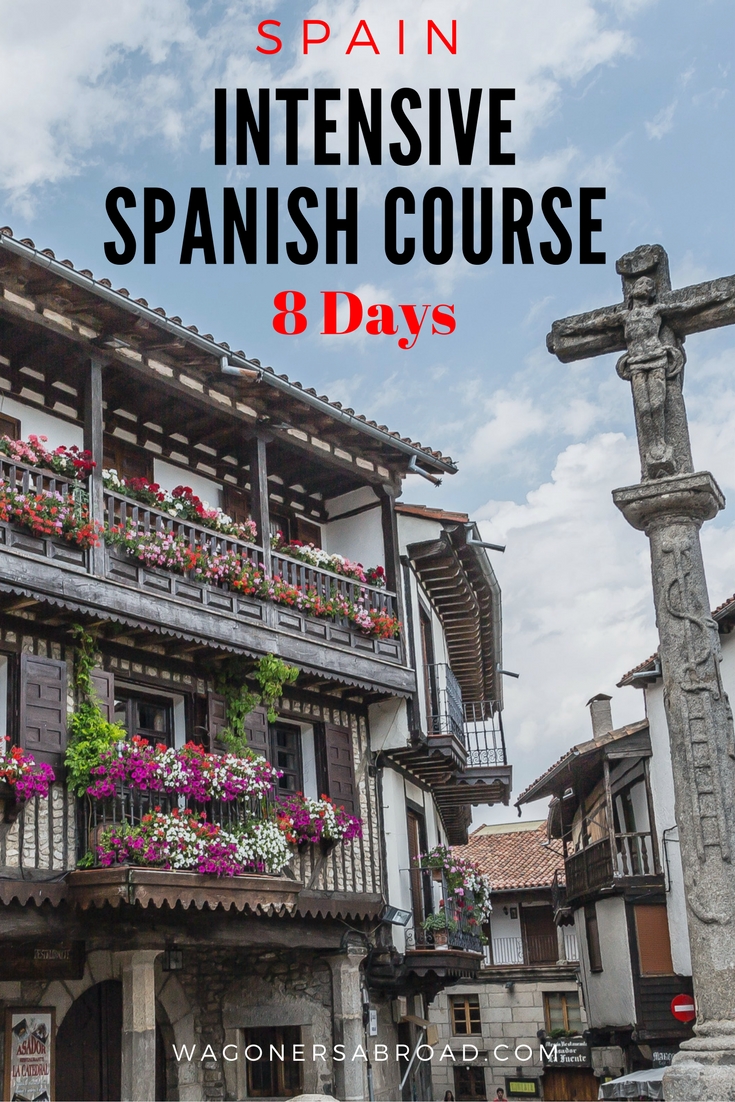 It’s the end of the week. I’m on the bus to head back to Madrid.  My head is full of various thoughts…Seeing Heidi and the Kids…The amazing group of people that I’ve spent the last 8 days around…Sleeping in my OWN bed! 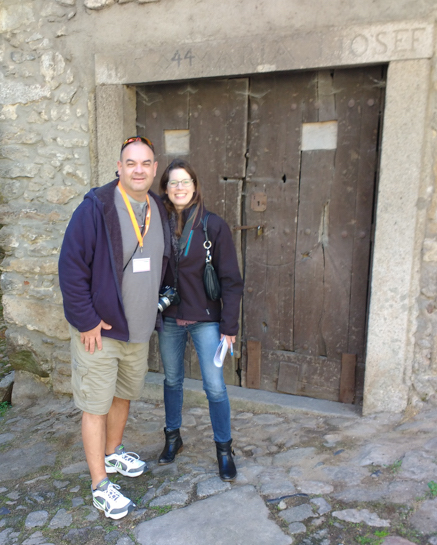 I guess I should go back a bit and explain.  Three years ago, I was a volunteer for the Pueblo Inglés program, which is structured the same but it is for people to learn English.  It was a memorable experience that I enjoyed immensely.  Two years ago, Lars was a volunteer for the Teen Program.  He was very stoked afterwards about the experience.  And earlier this year, Heidi attended the Pueblo Español course in June, and came away with increased confidence and fluency.

Now it was my turn.  Heidi has always excelled at just speaking, and getting things done.  I’ve been more apprehensive about the speaking side of Spanish.  I prefer to take a thoughtful approach to speaking, but in my attempt to think about the exact phrasing, conjugation, and proper verb, I miss out on the opportunity to have a decent conversation.

At some point, you just have to spit it out.  And my turn at Pueblo Español was just the thing I needed to kick start my spoken Spanish.  Over the past couple of months, I’ve been attending local classes in Almuñécar, and the week before the Pueblo Español class, I attended a 4-day course in the Madrid office.

Sidenote: Just to show you how much I’ve been thinking about Spanish, and the intensive Spanish course, I’ve been having many dreams about Spanish.  They range from me just looking at a huge chalkboard with thousands of Spanish verbs written on it. In one such dream, I’m walking in a building, and right in front of me appears a sign with lettering on it.  The lettering is about a foot tall, and it clearly reads:

In the dream, I know I’ve seen and used this verb, but I can’t remember it.  The sign continues to stay hovering in front of me, but I just can’t recollect its meaning.  Once I wake up, I remember the word, but even awake, I can’t recall what it means. So I look it up, and guess what it means…

I think that’s my brain messing with me. Ugh!

What The Course Is About

The Pueblo Español program is an intensive Spanish course for adults.  There is no classroom instruction.  It’s all focused on conversing in Spanish.  The program focuses on both the understanding, and my big stumbling block, speaking in Spanish.  Based on my previous volunteer experience with Pueblo Inglés, I knew the intensive Spanish course was going to be difficult.  Why?  We’re speaking only Spanish for an entire week.  Gulp!  No English whatsoever.  So I’ll be honest.  I’ve been stressed about it, as I didn’t want to be worst student. 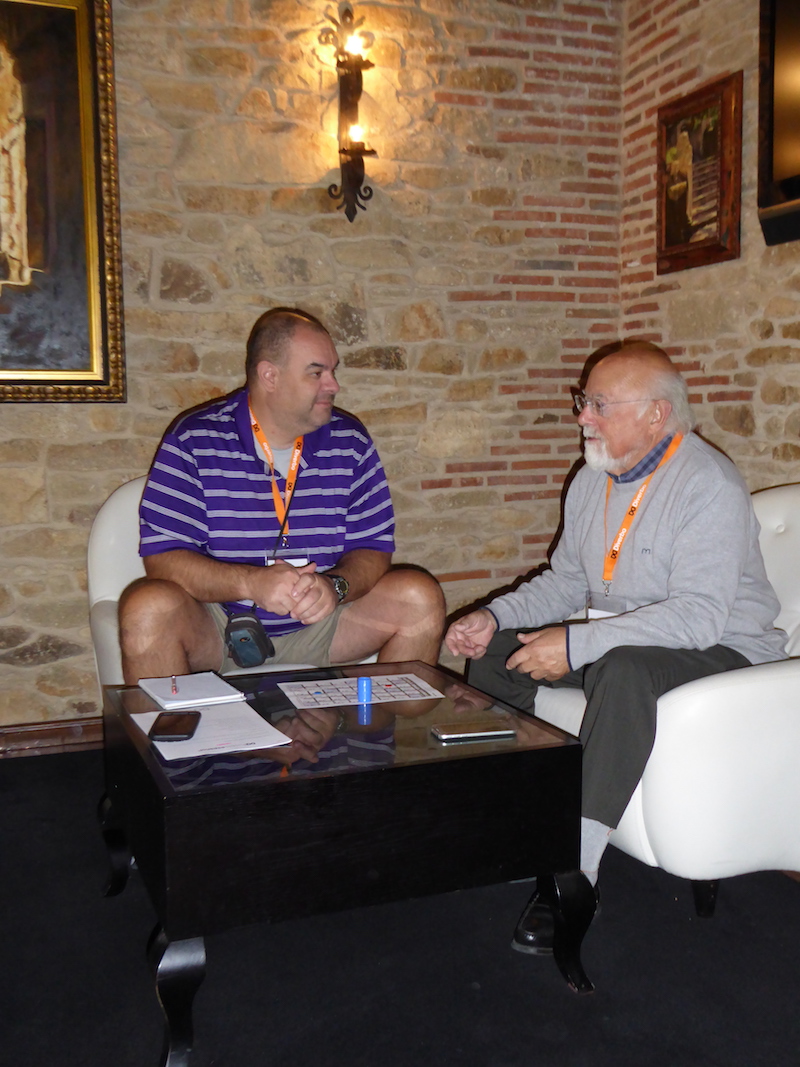 It’s a requirement that students attending the program have a certain level of Spanish. It’s not a program for absolute beginners.  How do you know what your level of Spanish is?  They provide an online test where you can see where you stand.  In addition, they may conduct a phone interview to help determine your level.

The learning environment for the Pueblo Español program is excellent.  The class I attended was in La Alberca, which is a small town about an hour outside of Salamanca. It’s an adorable town which has a rich history.

The hotel I stayed at is the Hotel Doña Teresa.  It has clean rooms, comfortable beds, and all the amenities needed for a week stay.  The meals at the restaurant are very good.  If you have certain dietary restrictions, you can let the staff know about them when arranging the program details.  I’m a picky eater, but I stayed full during my stay.

One of my favorite activities included One-on-One sessions (I’ll cover those in a bit). The hotel had plenty of spaces and nooks which where very comfortable to just sit and chat.  It was an environment that made focusing on your partner very easy.

For every student, there’s a native Spanish speaker.  They might be from Cádiz, or Bilbao, or Madrid, so students are exposed to many different accents.  During the week-long stay, students are presented with many activities.  These include:

The program is very structured, but it’s also very flexible in that can be very student-driven.  If you have certain aspects of Spanish you want to practice, your partner can work with you on that.  All told, I think I wound up speaking Spanish for about 100 hours!

This aspect of the program is amazing!  Students are all typically like-minded people who want to improve some aspect (or aspects) of their Spanish, so going into it, you know that everyone is there to learn, and embrace the process.  The Spanish-speaking volunteers are spending their time (and patience) helping the students improve their Spanish.

We had a great mix of students and volunteers, and we’ve gotten close with each other after a week of being around each other all the time.  These are people that I’m going to miss, but I’ll also be able to stay in touch after the program.

I can’t leave out the Program Manager. This person is the Conductor of the immersion program, and these are people who are dedicated to helping the students progress and improve.  I really lucked out with my PM, Beth.  She was absolutely amazing.  Keeping everything (and everyone) organized is a herculean task that she handled with aplomb.  She’s another reason why I enjoyed the Pueblo Español program so much.

As I mentioned earlier, the process is difficult.  It can be very frustrating when you can’t remember a word of phrase, but you just keep plugging away, and you do make progress. 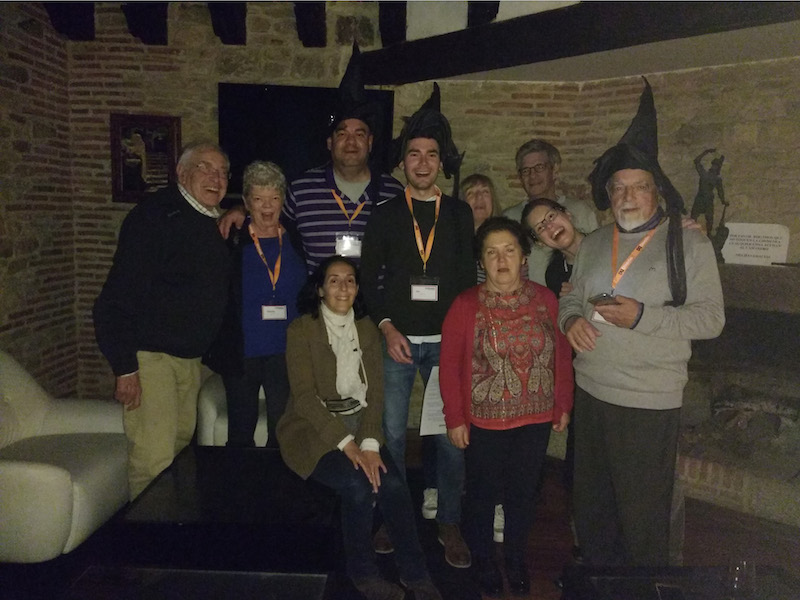 There are ups and downs in the whole learning process.  For me, it was the fourth day, and my brain was just full.  I couldn’t think straight, and I hit a wall.  But luckily, after a good night’s rest, I was able to come back and make even more progress.  It made me feel very good when a Spanish volunteer would tell me that I’ve improved. “Hitting the wall” happens to everyone at some point, and it’s completely normal.

As a student, seeing other students improve is also inspirational.  We help each other, and I would say it was about mid-week where we went from a bunch of individuals, to a team.  Team Learn Spanish.  OK, so it’s not catchy, but you get the idea.

I noticed improvement in my spoken Spanish.  About mid-week I was getting into the zone.  I noticed that not only was I understanding a lot more.  I was having a conversation with Pepe and while he was speaking, I was seeing the words spelled-out in my head.  It was kind of cool. Plus by the end of the week, the volunteers were definitely speaking faster.

And my speaking improved as well.  Another interesting thing happened that surprised me while I was having a conversation.  My brain sort of clicked, and I started speaking Spanish in a different way than I speak English.  Historically, I would think about what I want to say in English, and then translate it to Spanish, and then speak.

I think this is a very common way for the average person who is learning a new language.  But doing it this way slows the pace of my communication.  So I’m speaking in a way that was just sort of flowing.  I wasn’t really thinking about it, just doing it.  It was weird when it happened, but I was thinking, “This is pretty cool!”.  It’s really hard to describe.  I don’t know if there’s a word for it, but if you know of one, let me know down in the comments.  This was a huge confidence-builder for me!

Would I recommend this program?  Absolutely!  The program is really geared towards helping students improve.  It can be difficult at times, but it is so worth it.  This intensive Spanish course in Spain, has a fantastic mix of learning and cultural appreciation.

Would I do this again?  I would love to do this program again.  During our last dinner together, the team discussed doing another Pueblo Español next year, and have a reunion.  That would be a blast!

If like me, you want to immerse yourself and improve your Spanish, while you’re in Spain, then this is an excellent program for you.

My Journey to learning Spanish

Read all about my journey learning Spanish and my goal of attending the 1-week Spanish conversation course with Pueblo Español.

Remember to tell them Wagoners Abroad sent you!