While staying in Interlaken Switzerland, we are surrounded by so much beauty, that we must see as much of it as we can.  One of the popular things to do/see is the Schynige Platte.  It’s a mountain region that’s very close to where we’re staying, and has breathtaking views of the surrounding mountains.  It’s accessible by trail, or by train, so guess which one we took? 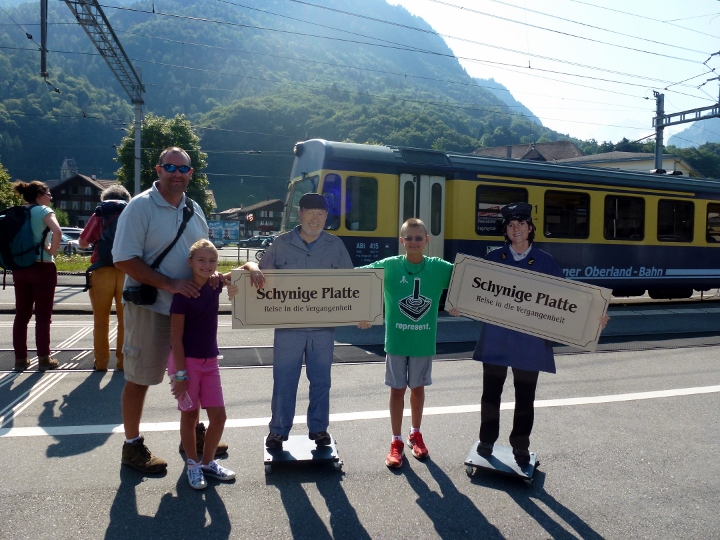 After a short drive to Wilderswil, we buy our tickets at the train station, and wait for the Schynige Platte Railway train.

If you have an iPhone, you may be familiar with clock app, as it has a very unique looking analog clock.  What a lot of people don’t know is that the clock app is modeled after the clock that’s used in all of Switzerland’s train stations.  There are two things in particular that make this clock unique. First, the second hand has a big red circle at the tip, as you can see in the picture. 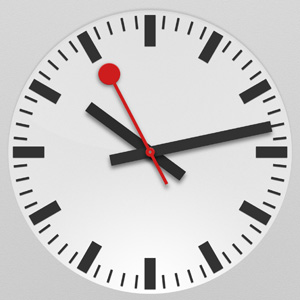 Once the small train arrived, we piled in, and we were joined by a local family who lives one valley over.  They had two little boys who were very cute.  I was taking pictures of both of the boys, and showing them to the older of the two.  He thought that was pretty neat, and started laughing.  We chatted a bit on the way up the hill, and they seemed like a very nice family.

Don’t tell this to Anya, but she is very photogenic.  She gets it from her mom (sure as hell not me!), and I managed to get a picture of her that I really liked.  Heidi was doing some trivia/quiz things with the kids on our way up the mountain, and she had a great look on her face. 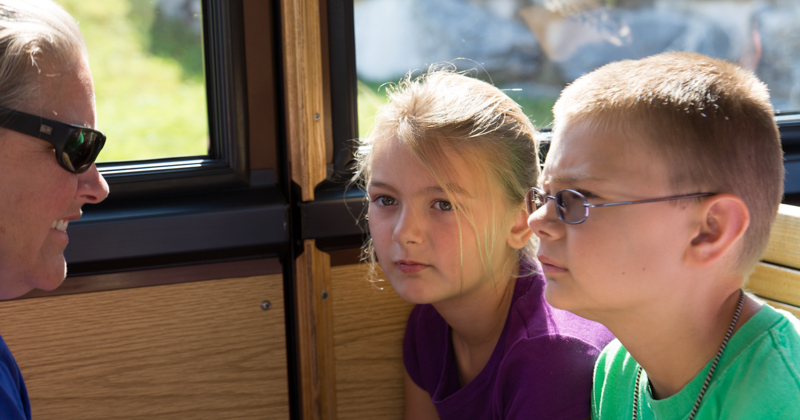 We had a number of stops, so it took us about 25 minutes to get to the top.  On our way up, the views were stupendous. 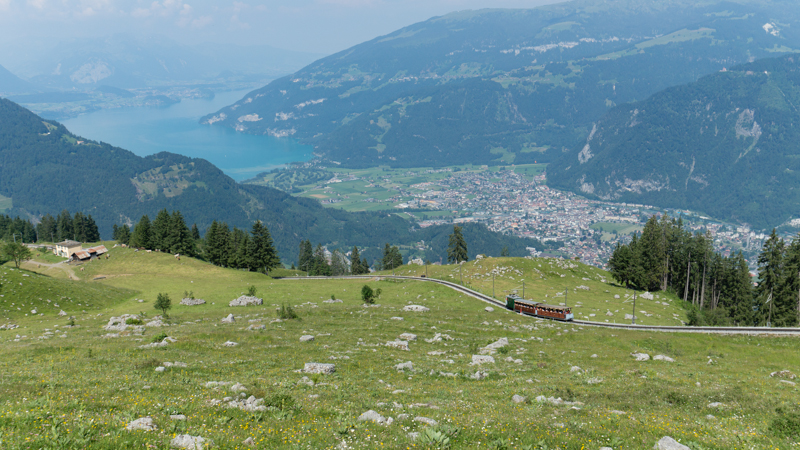 Once we were at the top, there were a bunch of passengers getting off, and a bunch getting on, so it was a bit crowded for a bit.  We walked around and just enjoyed the incredible sights.  As we were hiking around, it was nice seeing families walking, or stopping for a picnic.  Even though we’re at about 6600 feet of elevation, it was a refreshing way to enjoy Mother Nature.

If you are ever in the Interlaken area, I would say hiking around this area would be a Must Do activity.