Welcome back to Wagoners Abroad Adults learning Subjunctive Spanish!  Heidi and I have been off learning about a new “mode” that is used when speaking Spanish.  It was a 3-day workshop, and the TL;DR is that we had a good time, and learned a lot. 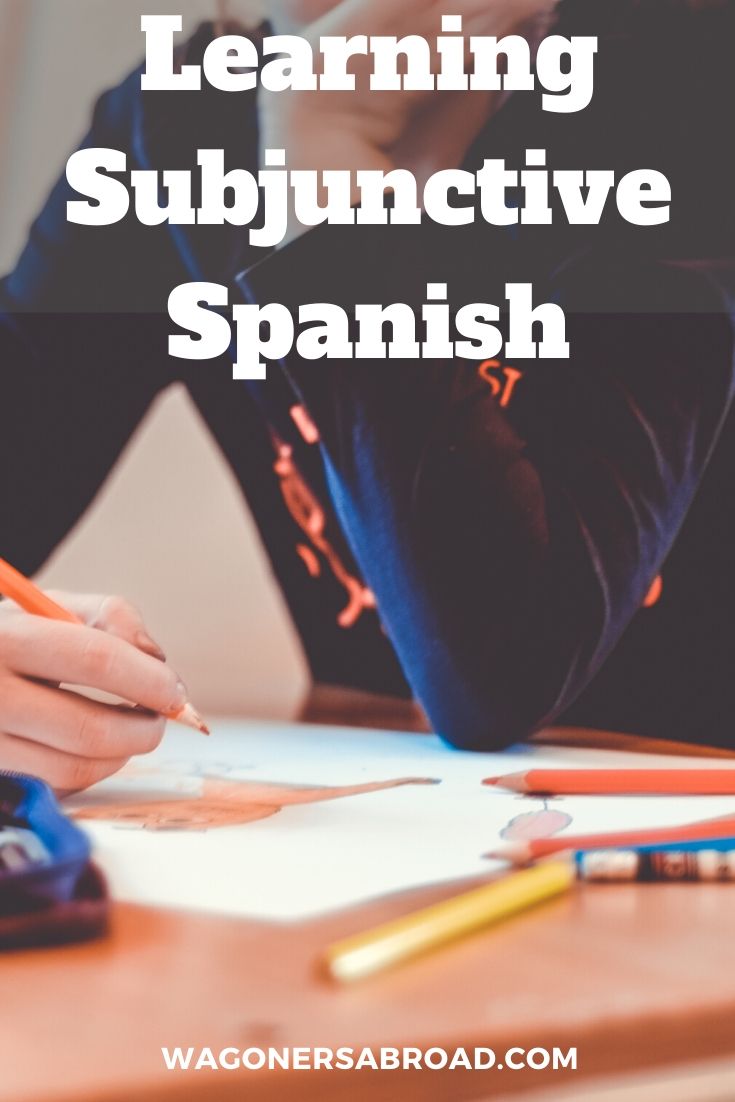 So you may be asking, “What the heck is a subjunctive?”  And this is the part where I need to describe some nuances of Spanish that aren’t apparent to English speakers.  Pardon the long-winded explanation that I’m about to layout, but it’s useful to understand some of the problems that a learner will experience when trying to come to grips with Spanish. 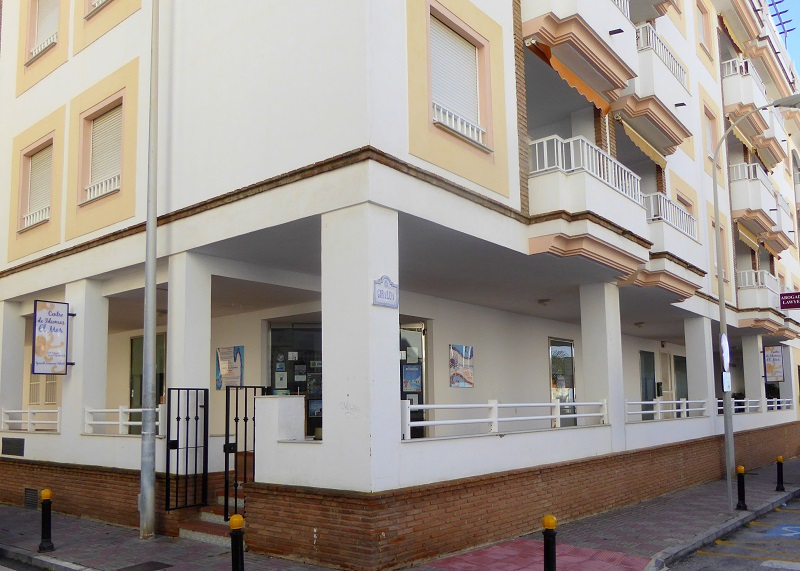 So let me start with the different modes.  There are four modes:  indicative, subjunctive, conditional, imperative.  The modes could almost be thought of as moods, (subjunctive mood). 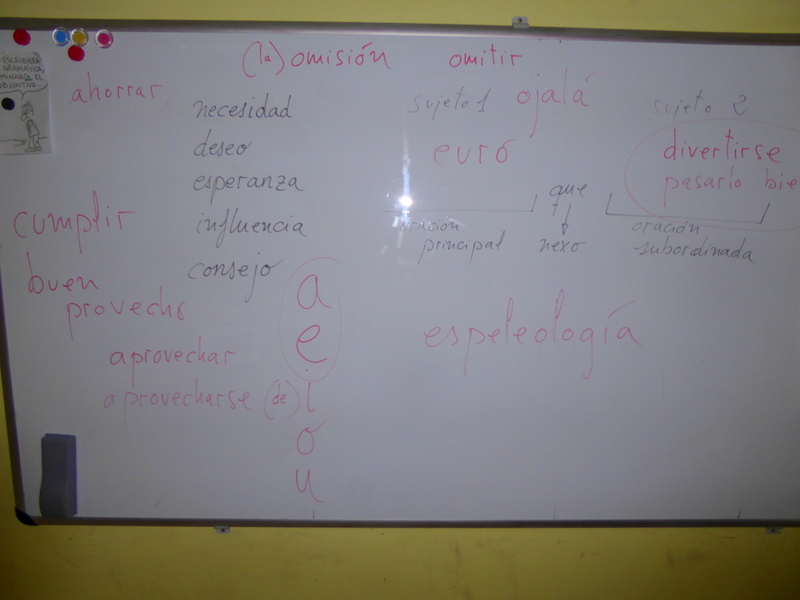 Those new to Spanish will start out learning the indicative mode.  It’s the easiest to understand and the conjugation rules are more straightforward (I speak, you speak, he/she speaks, etc.).  The indicative mode is for conveying factual (or what the speaker considers to be factual) information.  For example:

The conditional mode is fairly straightforward too.  It is used when there is a condition and consequence.  For example:

As a parent, the imperative mode is the easiest to understand.  It’s used when the speaker makes a demand (or imperative) to another.  Such as…

Note, the exclamation point is the big hint, and if you see it, it usually means that the imperative mood should be used. 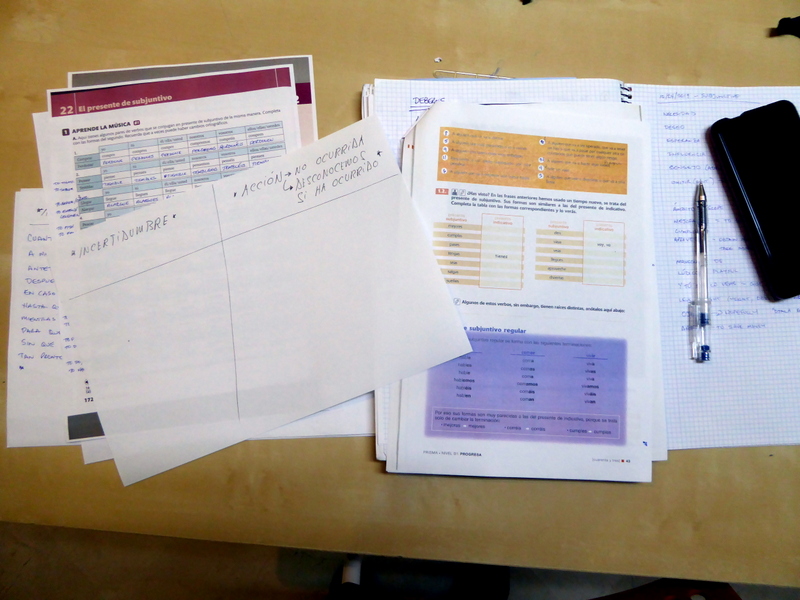 The last one is the subjunctive mode, and the subjunctive conjugation is the most complicated for native English-speakers because we don’t have an equivalent in our language.  The online dictionary defines subjunctive as:

subjunctive – (adj.) relating to or denoting a mood of verbs expressing what is imagined or wished or possible.

And the issue (for a new speaker) is that it’s used very frequently.  And in a given conversation, one might switch between both the subjunctive and indicative modes.  My brain doesn’t operate that fast, so as an intermediate speaker (I don’t know if I’m a high-level Beginner or a low-level Intermediate), when I hear people speaking, I hear the first part of the root verb, but miss the end part of the verb, so I get the general gist, but miss the speaker’s specific intention. 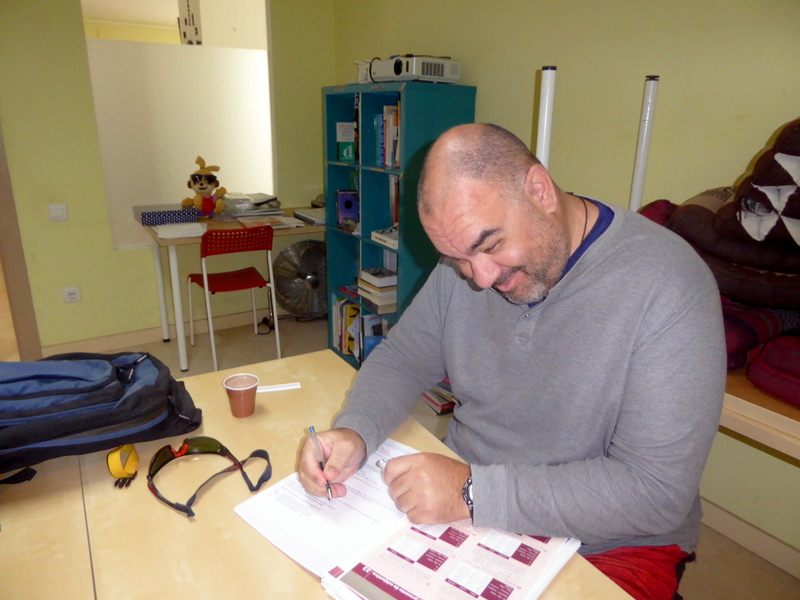 Let me give you an example so you can understand my thought processes when I’m listening to someone speak to me in Spanish.  Take the verb hablar which means to speak, (pronounced ahb-lahr).  I know the indicative mode of this verb fairly well.  Since it ends in ‘AR’, I know that if someone is using this verb in the indicative mode, the endings of the verb will have (“ahhh”) sounds to them.  This is a big oversimplification, and there are a lot of different tenses/conjugations, but I don’t want to get too complicated here.

And again, this is what I’m thinking (real-time) as I’m speaking with someone.  I don’t have the luxury of analyzing each sentence and thinking about which mood, tense, or conjugation was used, otherwise I would lose the thread of the conversation.  Heidi’s proficiency in Spanish is much greater than my own, but we both wanted to sink our teeth into this whole subjunctive thing. 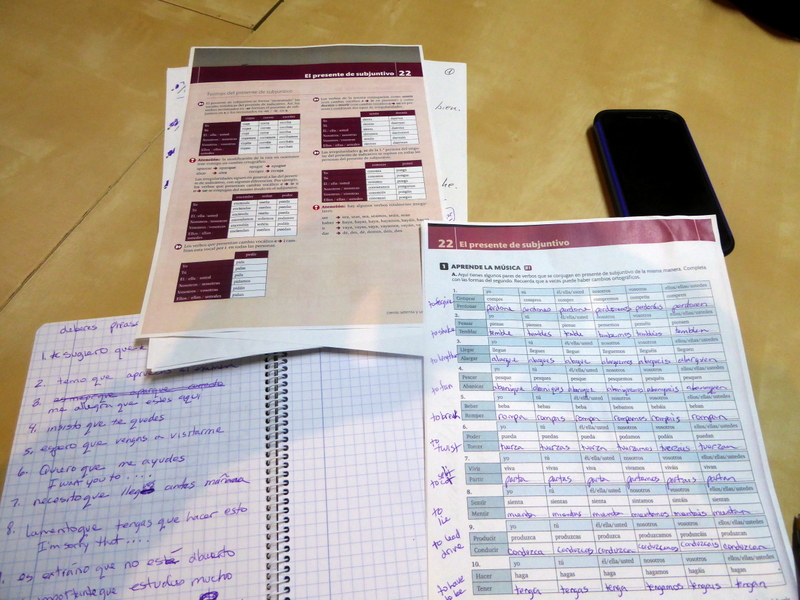 And this was the big reason Heidi and I decided to attend the three-day Subjunctive Workshop at Centro El Mar.  We took the Pronunciation Workshop last year, and it was very informative.  Heidi also attended a 3-day Spanish Civil War Workshop, with classroom lessons and field trips.  Carlos is usually the instructor for these special workshops, and he is an excellent teacher.  The class is taught in Spanish, but if a student is having a problem understanding a particular concept, he’ll explain it in English, and then hop back to speaking in Spanish.  (Exactly the kind of instructor I need!)

Now, there are a number of common ways that subjunctive sentences get started in Spanish.  For example:

Obviously there’s more, but getting into the details of how to use the subjunctive in this article wasn’t the point. The point is you should really consider attending one of these workshops and have an intense focus on the topic to get you through the hurdle. Overall, I thought the class was useful for both of us.  It just added to our arsenal of understanding and hopefully speaking more like a Spanish native would speak. As always, we adults are trying to incorporate all of this into our daily lives and become fluent.  Of course, the kids were fluent years ago.

Read more about our journey to learning Spanish. 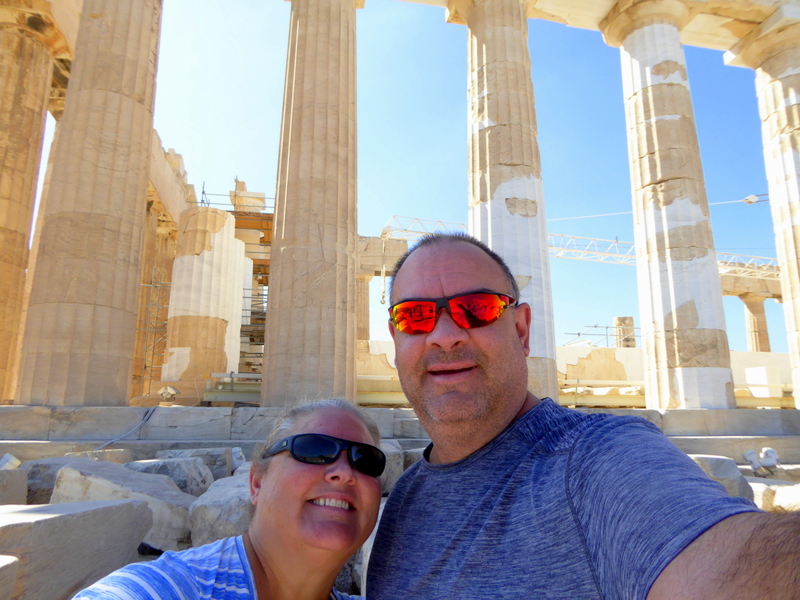