It’s all the rage around town.  Signs are up along the road.  Escape Room Georgetown!  Curiosity has the better of us, so of course we look it up.  It is an escape game like the one Alan and Lars played in Budapest last year, with Mindquest!  The family was very excited and really wanted to give it a try.  Time for the Wagoner Family to tackle the Escape Room Penang. 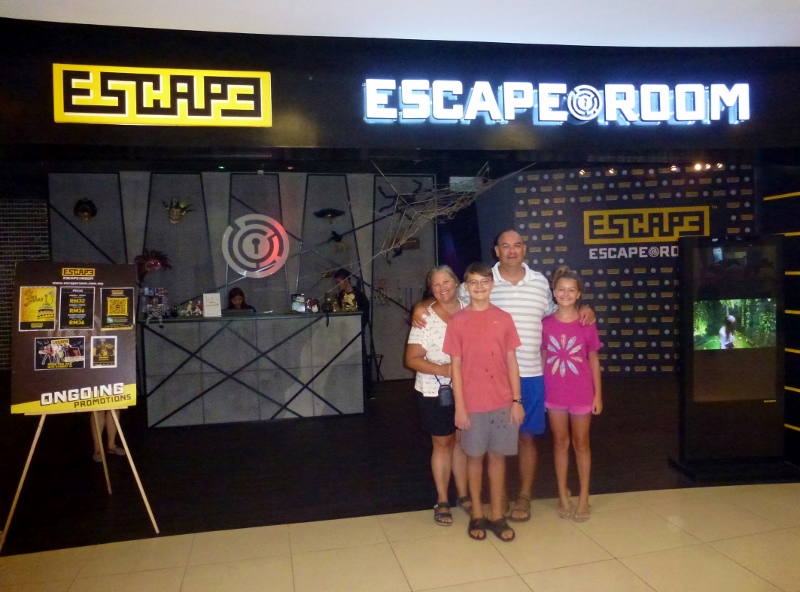 First let me start by stating, about 9 years ago I had a little issue at the dentist and just about choked to death on a bit of that moulding goop they put in to get an impression of your teeth.  Long story short, ever since then I sometimes get little panic attacks in small and or dark places.  Not sure if you remember, but the last time it happened was in a cave near Ronda Spain.  That was when I went bolting out of a massive, dark cave, the moment they mentioned they were going to lock us in!

Okay, so now back to present time.

The family was very excited about playing this game.  Alan and Lars had an absolute blast last time, and of course I had opted out to avoid any panic.  Just the thought of someone locking me in a room for 45 minutes had my heart pumping.  This time was going to be different.  I was just going to play it cool and not even work myself up in advance.  I wasn’t even going to let the family in on my, “How can I back out?” thoughts.

The day arrived and we were greeted by the staff at Escape Room.  They were kind enough to host our game and we were able to meet with the manager as well.  Unfortunately the game we reserved had technical issues and was running about 40 minutes behind.  They suggested we play The Mummy game and then once that was complete, we could play The Mysterious Room.  Sure, we get to play two games! 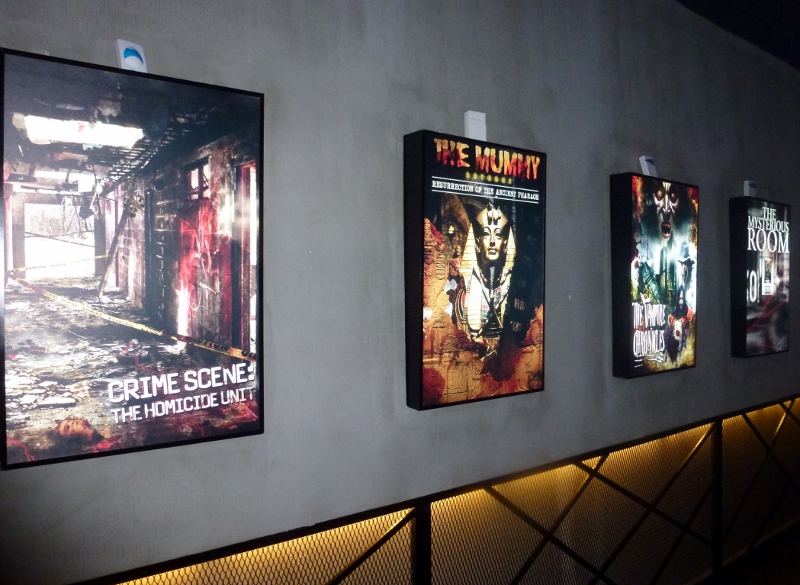 The staff briefed us on the rules and of course made sure we were aware they weren’t responsible if anything went wrong.  We signed our life away in agreement and it was time to go behind the curtain. 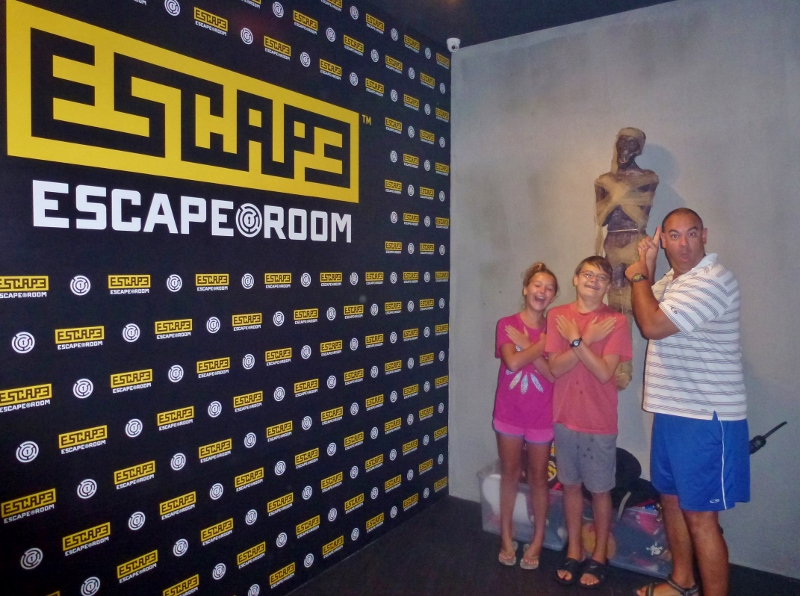 We were now in a dark hall with several doors, each with a colored light above the door.  We stopped in front of our door and were briefed on our mission for The Mummy room.  Sorry, can’t give anything away.  We were escorted into the room and just as we entered, I announced, “You guys have fun.  I think I will just sit this out.”  The manager and staff member were so kind to me.  They suggested I just walk into the room with everyone and they would leave the door open.

That was an awesome idea!  So in we went and we received a more detailed briefing.  They started us off on our first clue and gave us a remote, which we could press at anytime for assistance or a hint.  This was my saving grace.  They stated they were going to leave now and lock the door.  Again, I said “Have fun guys, I think I am going to go ahead and go with them.”  The staff calmly informed me that I could push the button whenever I wanted and they would immediately open the door.

With remote in had, I was empowered to beat this pesky anxiety.  We immediately jumped into the clues.  The family was asking me if I was okay, how sweet are they.  I told them it was better if we don’t talk about it and distraction is the perfect thing to do.  There was no more mention of it and off we went.

Time to use the brain

We were solving puzzles, finding clues, getting stuck, asking for hints and using regular flashlights, black light flashlights, and other things to accomplish our mission.  There was a timer set on the wall for 45 minutes and that flew by.  We were off to a bit of a slow start, while we figure out our family problem-solving rhythm.   We were having so much fun and stressing out about our time limit too.  This was really the first time we’d done something like this together.  I think we could use more practice, so we should probably go again.

Either way, we were at the second to the last clue and the timer went off.  Our 45 minutes was up and we didn’t complete the mission.  UGH!  The kids were gutted and I was so proud of myself for staying in there.  They walked us through the remainder of the clues.  Let’s just say even another 15 minutes wasn’t going to get us to the end.  This room was at the 5 Star difficulty level, so perhaps we should have started with a moderate one. 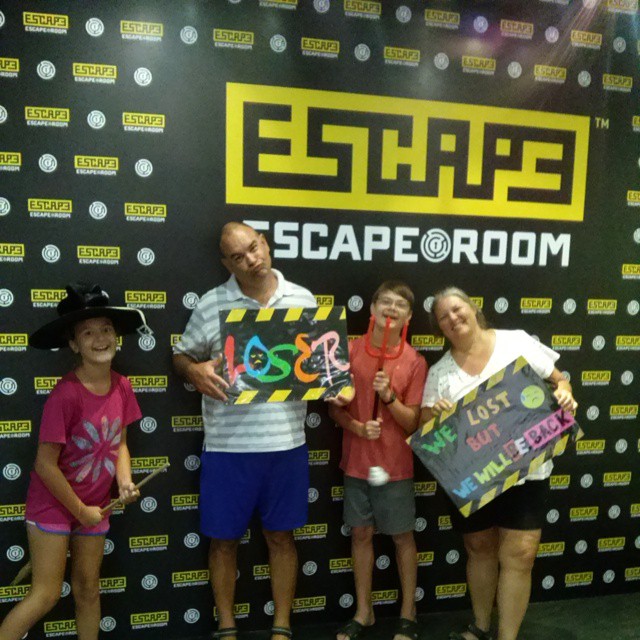 The kids and Alan were up for another one.  Meanwhile I was so thrilled I completed one, I didn’t want to chance another game and have a setback.  I roamed around their lobby for a bit while they were in completing the mission for the Mysterious Room.  There is an entire wall of photos of people who played.  There was even a leader board, which looked pretty empty. 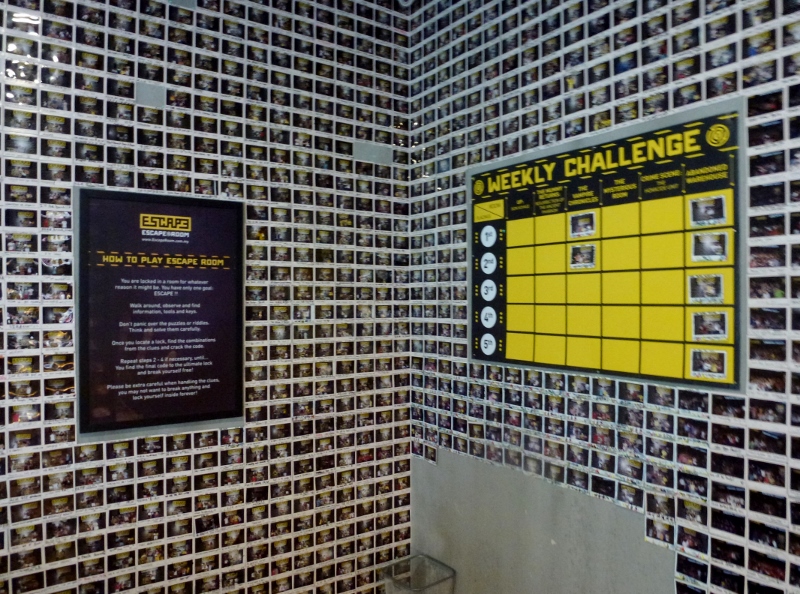 Turns out they weren’t successful with that one either, but they did have fun.  These were much more difficult to solve than the game in Budapest.  It was fun, the family left with smiles on their faces.  Of course I was just proud of myself for doing it in the first place.  I didn’t even care if we solved it or not!  That was a huge accomplishment for me.  Woo Hoo! 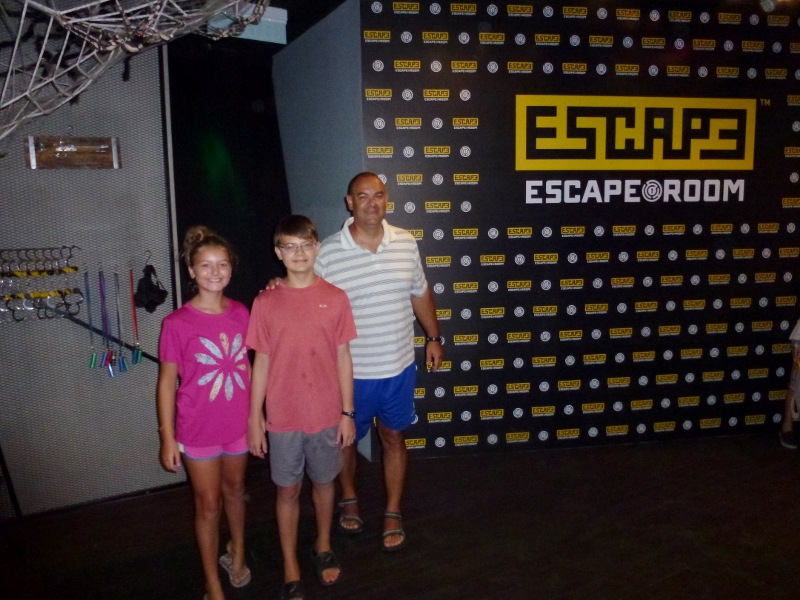 These types of games are all the rage around the world.  I am sure you can find one in a big city near you.  If not, come on over to Escape Room Penang!

If you are in the area and want to escape Penang or better yet you are interested in giving the escape room Malaysia a try, their contact information is below.

Have you played one of these Escape Room Games?  Would you?  Do tell us your thoughts.

If you are looking for more things to do in Penang, check out all of the activities on offer now.

Disclosure: Our games were hosted by the Escape Room Penang and all opinions are our own.

2 thoughts on “Get Me Outta Here! Escape Room Penang”