We’ve been back in Spain a few months, and trying to get back into the swing of speaking Spanish.  We figured it would be a good idea to take classes like we did when we first arrived three years ago.  Luckily we found a great local school named TCLanguages and we are determined to learn Spanish. 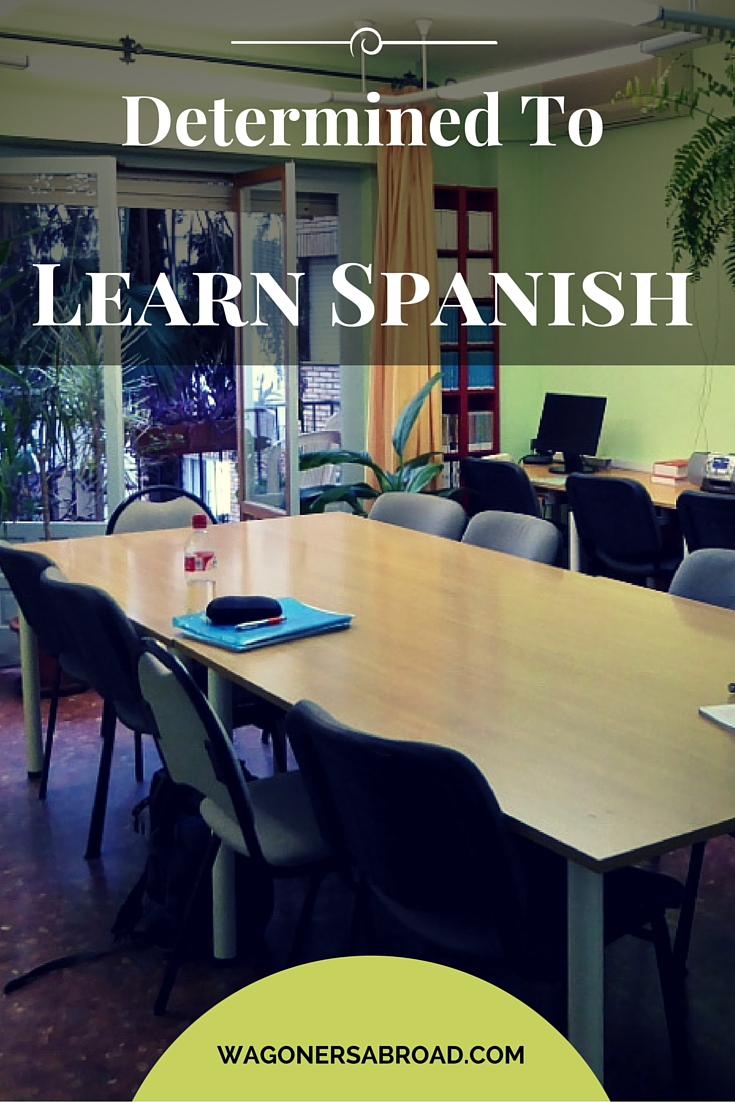 Let me preface this post by informing you of a few things.

With the aforementioned items out of the way, now you have some context on what we’re trying to accomplish by going to school.  I should also state that Heidi and I both think that learning the local language is important, no matter if you’re an occasional traveler, or if you plan on living in a foreign country.  In general, knowing some basic phrases can really help out with the locals.

Heidi and I went to the TCLanguages to talk to the Director, Juan, and Elena.  We were mainly interested in getting an idea of the costs, times, etc. of the classes, and then we were told to take a test.  Ugh!  I didn’t prepare!  I didn’t pre-study.  I didn’t do anything! 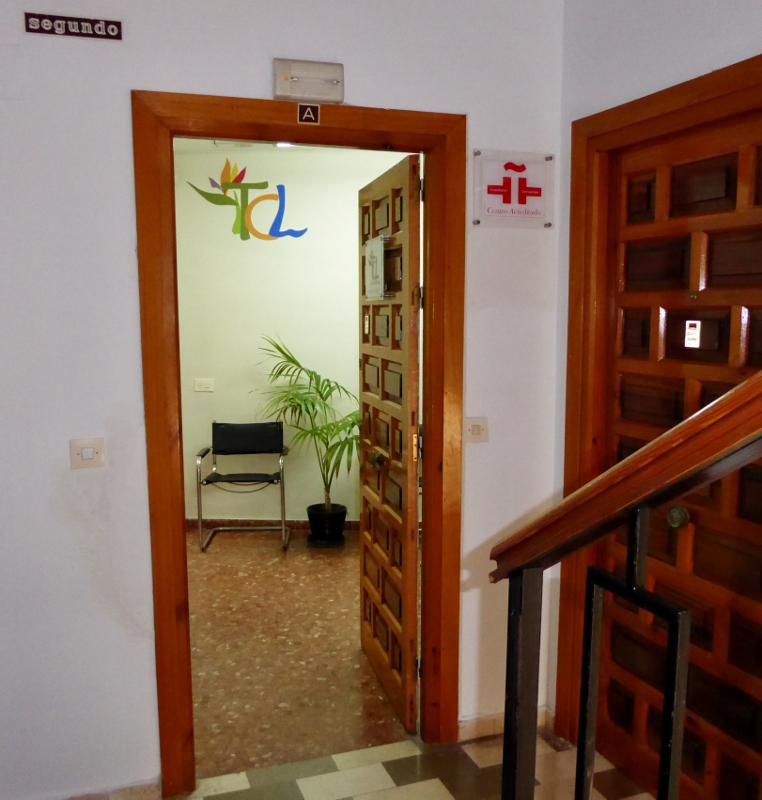 The test was difficult for me, because on some of the questions, I didn’t really understand the context of what was being asked of me.  Therefore my answers, when I had them, were, uhhhh…., let’s say nonsensical.  Heidi seemed to do pretty well on her test.  At the time, I was not happy with having to take a test, but it made sense after I thought about it (a couple of glasses of wine helped too).  They were trying to get an understanding of my baseline knowledge.

Luckily, we were put into a beginner’s class with another American couple.  While it’s not exactly beginner, it seemed to be a good fit for all of us.  I guess this is the point where I get to talk about the teacher.  Now going through school as a kid, I’m sure you’ve had your fair share of teachers.  Some good ones, great ones, mediocre ones, and terrible ones.  Luckily, we’ve got a really good teacher.

His name is Joseda, and not only is he teaching us Spanish, but he’s also giving us good insight into the culture of Spain.  He really has a passion for teaching, loads of patience, and a wonderful sense of humor to put up with me.  Let’s just say, class became very humorous at times. 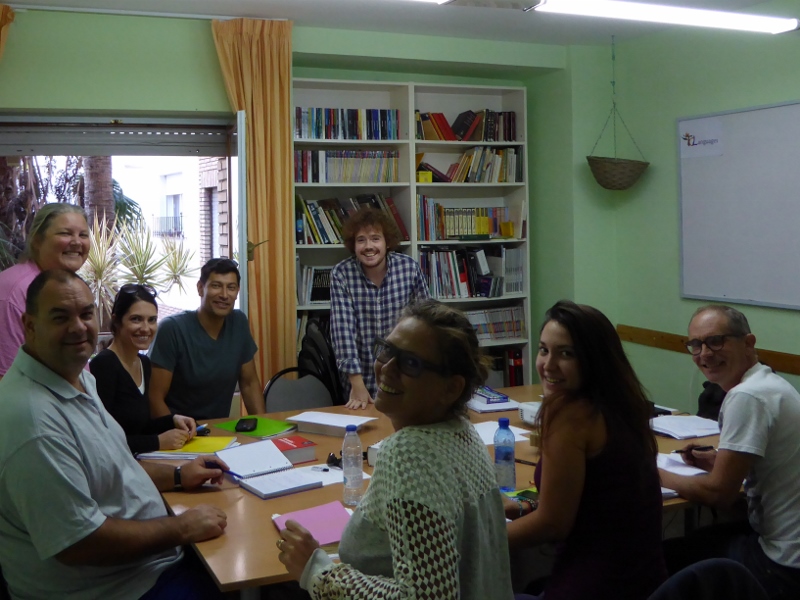 Now learning a language can be tedious.  If you remember back to those high school language classes they could be repetitious, and outright boring!  While we did cover the typical noun, verb, adjective thing, the classes that TCLanguages provide included much more than just repetition.  We watched short movie clips, listened to music, and read in Spanish.  It’s a fantastic multi-pronged approach to learning that really helped us get to that next level.

The classes are also very immersive.  There is hardly any English spoken in the class.  When we, the students, are speaking, we’re encouraged to speak in Spanish.  Getting over the hesitation of speaking in not-so-perfect Spanish, has been difficult for me, but the classes are really helping.  The best part is they understand what each individual requires to learn and grow, and this ensures the class is tailored to your needs.

Each day there is also a coffee break between sessions from 10:30 AM – 11:00 AM. This is the ideal opportunity to practice what you have learned with both classmates and other Spanish teachers from the school.  It is time for conversation and relaxation at a nearby cafe.  Sometimes we had other errands to take care of during this time, so we didn’t always participate in the coffee break. 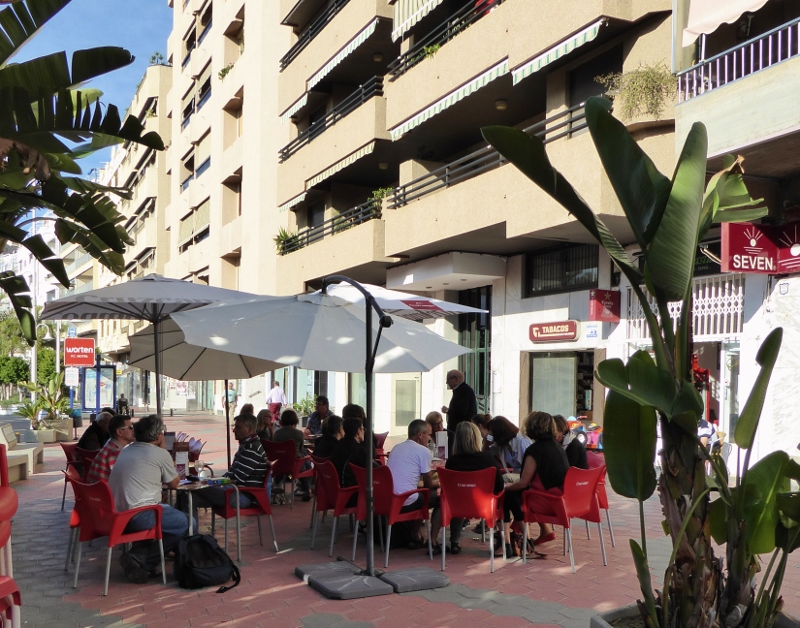 About the TCLanguages Spanish School

OK, let’s talk about the details.  TCLanguages is certified by the Instituto Cervantes Accredited Teaching Centre, and has been teaching Spanish since 1992.  They offer a wide range of programs for all levels of proficiency.  From the absolute beginner to an advanced speaker, they have many options from which to choose for all ages.  During our class, we’ve been with students who are in Spain for a short time, while others, like us, are Spanish residents. 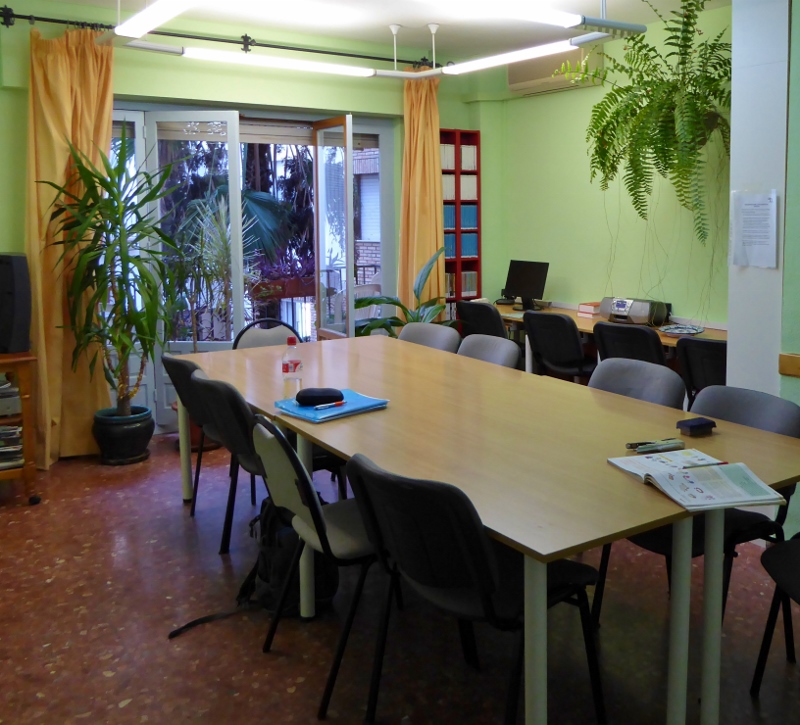 During our time at the school, they also had several groups come in for a week or two at a time.  Each of their 4 classrooms were full and there was quite a buzz in the air.  They scheduled many activities for these groups, both during the day and in the evenings.

Going above and beyond the typical Spanish school, TCLanguages can assist with housing and airport transfers.  They also provide many out of class activities which go a long way in helping to learn about Spain’s amazing culture.  Whether it’s a tour of the local historic attractions (Archaeological Museum, “San Miguel” Castle, etc.), there’s also the ability to sample tapas, wine, and even see some Flamenco.

If you want to go full immersion, they offer a Host Stay option where it’s possible to stay with a local family.  Not only is there the classroom Spanish, but you’ll spend your time learning and speaking with the host family.  It doesn’t get more immersified than that!  They also have an apartment available, just in case there is a group of people and some or all of them are students.

We’ve checked out several Spanish language schools in town and by far TCLanguages offers the widest variety of options for learning Spanish.  Without a doubt, they should have something to meet your needs.

Other Programs To Learn Spanish

Now while Heidi and I are there to learn Spanish, at a conversational level, they offer a variety of classes.

So if you want to come to Almuñécar, for the weather and the food, why not study Spanish too?  Go for it! 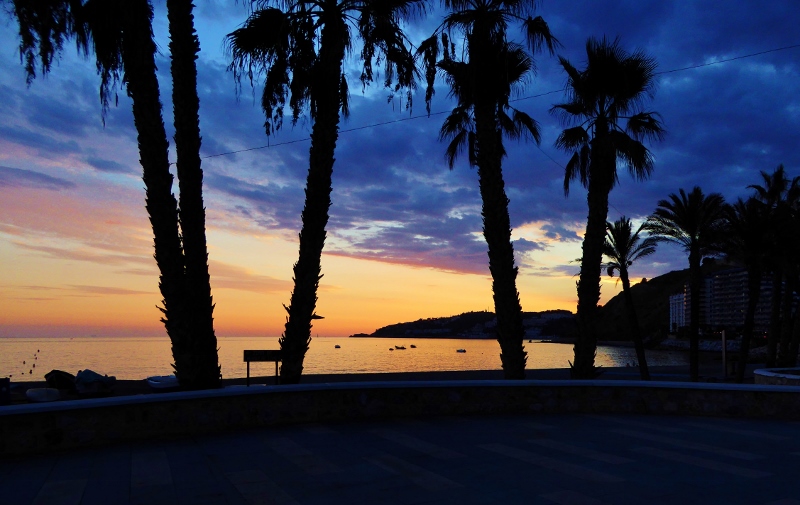 Thumbs up to study Spanish!

The folks at TCLanguages have really helped Heidi and I attain new levels of Spanish, with listening, speaking, reading, and comprehension.  We’re both more confident in speaking, and our understanding of what’s being said to us has improved immensely.  Now it is time for practice (makes perfect) and putting our refined skills to good use.  Choosing TCLanguages to help us learn Spanish has been an excellent choice.  Our enthusiasm for the class has rubbed off on the kids.  The roles have been reversed.  Now the kids are asking us what we learned at school and helping us with our homework.

We are determined to learn Spanish! 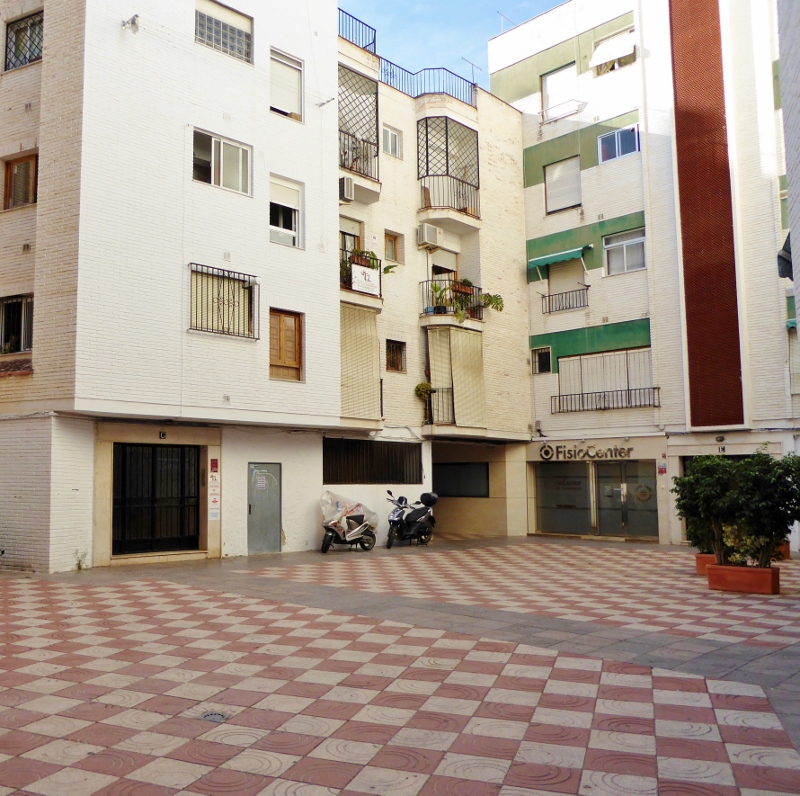 10 thoughts on “Back To School – Determined To Learn Spanish”