We have wrapped-up our Epic 8-week Summer Road Trip, and a couple of the quirky things that came to mind were: 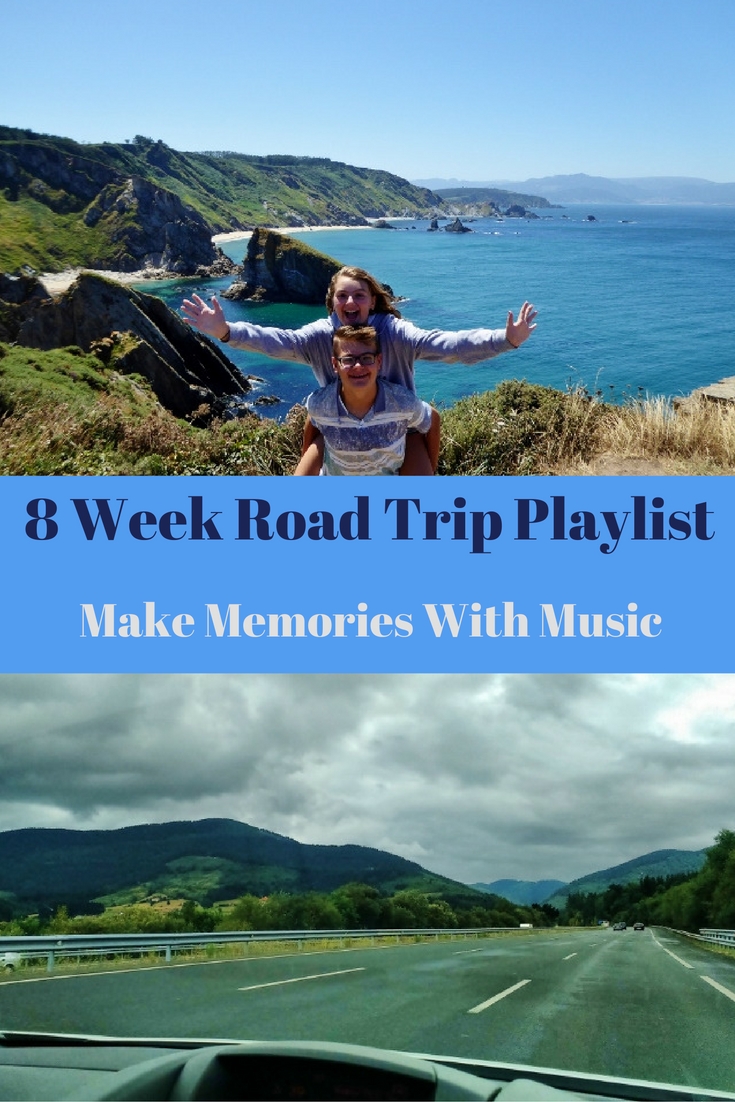 So let’s work through the driving numbers shall we?

On this trip, we drove quite a bit.  Luckily, Heidi’s excellent route planning meant that we were able to break up the trip into reasonable chunks.  We didn’t have any crazy 10-hour days in the car.  We’d have a Kid Rebellion on our hands!  Our normal travel day was approximately 3-4 hours.  Long days were in the 5-6 range, and we only had a few of those, so no worries! 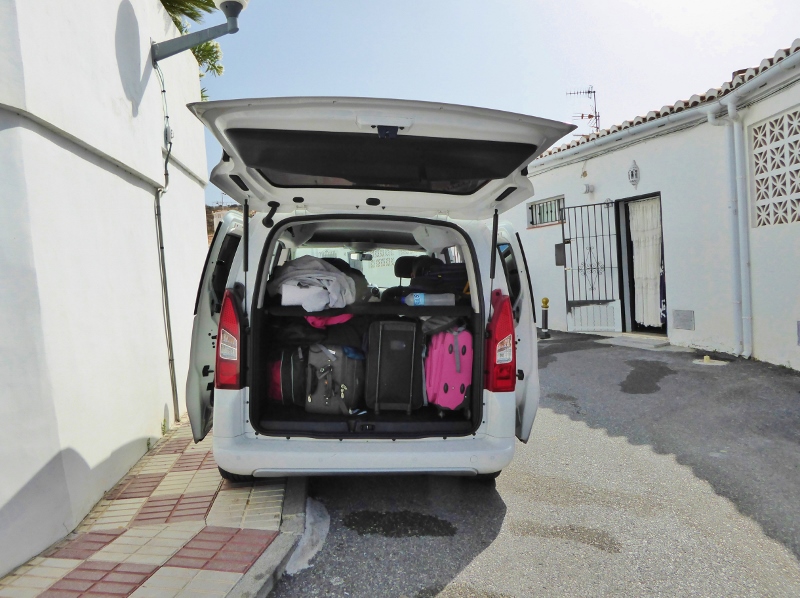 Where did we go?

In 59 days we covered a great deal of Spain and a touch of Southern France.

Green is where we stayed over night.
Yellow was a day trip.
Orange was a stop by, on driving day.

Show me the numbers!

I know you’re probably wondering when I’ll get to the numbers.  OK, here they are:

That’s a lot of driving isn’t it!?  It’s kind of scary when you think about it.  We don’t have a super deluxe car with DVD movie capability, nor do we have access to satellite radio.  The cost of mobile data is fairly expensive here in Europe, so streaming services were not an option either.

So What Passes The Time?

I am generally The Keeper of Music in the Wagoner household.  We digitized all of our CDs before we moved to Spain, and when Heidi or the kids buy something they like, I add it to the collection.  Our collection is roughly 7500 songs across 350+ artists, and that takes up about 70 GB.

When possible, we listen to the radio, but finding stations can be a pain, and the signals here aren’t that strong.  We also have a CD player in the car, it doesn’t get used.  Instead, we use Bluetooth, and stream from our phones.  We all don’t carry our full music catalog on each phone, but each person has songs/artists that they really like.  Effectively, we each made a road trip playlist and took turns being the DJ.

I am a child of the 80s, and a lot of my music is in this genre, but I do have stuff from 60s and 70s, and some 90s.  Heidi likes the 80s and 90s, all the way to today’s music.  Lars is into death metal.  Hah hah…Fooled you!  He’s into the contemporary stuff from Spain, so we have a number of Spanish songs which are popular with the teens.  There’s also a fair amount of pop songs from the U.S./U.K. that make it into our playlists too.  Anya Boo is similar to Lars, but she’s got a punk streak in her.  She’s a big fan of Devo (that’s my girl!), and other stuff, but like Lars, she’s into the Pop Scene.

Some of our favorites on our road trip playlist:

We’ve provided a link to the digital version of the music on Amazon, just click on the photo.  On many of them, you can also listen to a sample of the songs too.  If you make any purchases at all, we will receive a small percentage.

Note:  If you have an ad-blocker, the links will work, but the pictures will not show up.

Alt-J – Breezeblocks
Lars introduced this music to the family and now we are all hooked.  I think this was listened to the most on the trip and will likely be a reminder of the road trip for years to come.

The Chainsmokers feat. Daya – Don’t Let Me Down
We are addicted to this one too!

Sia – 1000 Forms of Fear
We are all big fans of Sia and have been for sometime.

Cape Cub – Swim (Rami Edit)
Another family favorite from this trip.  The kids aren’t too thrilled that we like the music they introduce to us.


Go Go’s – Beauty and the Beat
This is from Heidi’s college days and a song or two usually slips into the playlist.

Flock of Seagulls – I Ran: The Best Of

Flo Rida – My House
Heidi and the kids have liked Flo Rida for many years.  Many of the songs aren’t too appropriate for the kids, but most of it is over their heads.

Kungs Vs. Cookin’ On 3 Burners – This Girl
This one was full of energy and the kids loved to move to it.

Of course there was more, but these were some of the favorites on the road trip playlist.

Sidenote:  I find it interesting the various songs we come across.  Having no visibility into what is played in the U.S., I don’t know what’s popular, and what isn’t.  I assume that we’re not super up-to-date on what’s popular there as the radio stations here do play U.S. songs, but it’s a subset of the music typically played.  The flip side of that is we hear stuff that probably doesn’t make it to the U.S.

Most of the time, we’ll connect a phone, and hit shuffle, but sometimes the kids will want to play DJ, and put together some sort of weird theme, or they’ll pick some of those dusty tunes that somehow never get played.  Near the end of the trip, both kids were pretty adamant that they were tired of my music, so we listened to Heidi’s music.

We did have a brief foray into audiobook entertainment, but the kids didn’t really seem to enjoy it.  Perhaps War and Peace is not exactly family friendly.

Power Of The President

In discussing music, and coming to a group consensus of what gets listened to, and what does not, it comes down to the power of The Veto.  We have some unspoken rules on the power of the veto, but I’ll lay them out here.  There are actually various hierarchies of veto, so let me enumerate them from the top to the bottom.

I did most of the driving, so my veto was the most important.  There were times when one of the kid’s songs came on, and it was truly god-awful, and I had to exercise the veto.  I was usually “considerate” before I hit the Next button, and I might say:

There’s also the flip side of the veto.  The “I want to listen to that again!” vote.  I used that one a bunch.  For you parents out there, this is a great one to use if a kid is complaining about a song.  Rewind that sucker, and explain that the song will get replayed as long as there’s whining about the current tune.  I call it Penalty Replay, and it works wonders!

As Heidi has the important task of figuring out WHERE we’re going, she gets a huge say in what gets played and what gets flushed.  Where her veto power is stronger than mine is when it comes to volume.  Typically when we’re in a city, and the Driver/Navigator requires a minimum of distraction, she’ll whip out the Counterclockwise Volume Knob action, and nobody overrides that.

There were also times when a certain Devo song would come on, and she would give Anya and I the Thumbs Down.  One must pick their battles.

This one carries only minimal weight, but I include it to be complete.  Lars will not like this, but Anya’s veto power is greater than his.  Sorry Lars, but it’s true.  She can really whine about the music.  Much more than Lars.  He’s fairly agreeable.  There is one small subset of veto power that Lars has that trumps Heidi’s choice in music.  Whenever a Natalie Merchant (one of Heidi’s favorites) song would come on, he would pretty much ask for the next song.  At first we resisted, but his song condemnation was adamant, and surgically precise, so we no longer listen to Ms. Merchant.

Another interesting thing is starting to occur.  The kids (mainly Anya) don’t like it when Heidi or are started to like their music:

Hmmm.  I’ll have to figure out how to use this.  If you have any suggestions, put them in the comments.

And Who Should We Really Thank?

Lastly, I need to give a shout out to our valiant steed which carried us from coast to coast, uphill, downhill, and everywhere in between.  Our Peugeot Partner did a great job, and kept us cool in the crazy heat.  She (he?) is looking pretty bad from the front, but we’ll get her all cleaned up and shiny. 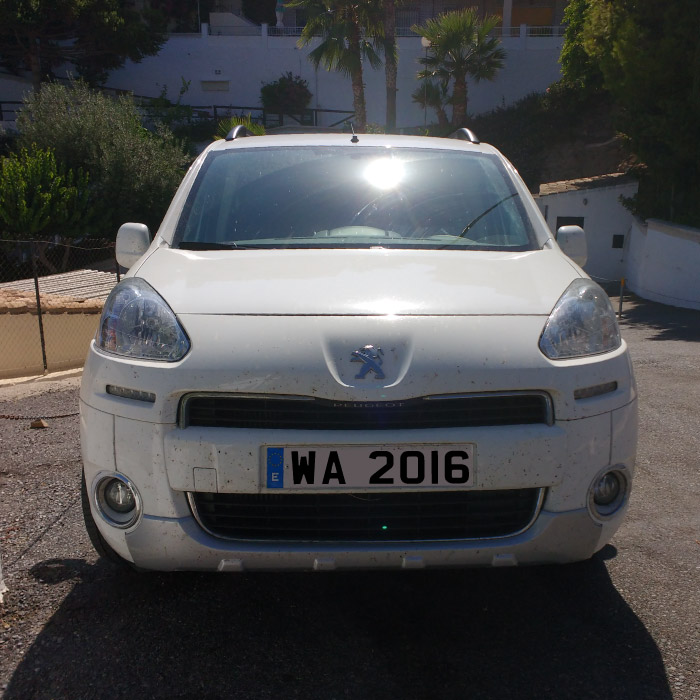 What do you use to pass the time during those long car trips?  Tell us your tips and tricks in the comments below. 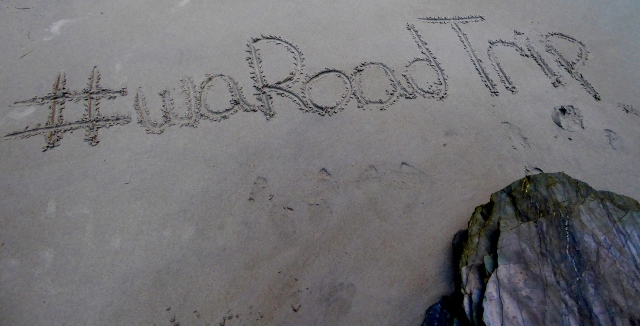