After spending a fantastic week on a houseboat in Amsterdam, we decided to change not just the city in which we would stay, but the country.  That is one of the great things about Europe.  Everything is so much “closer” and we have even had a private cellar tour in Champagne France! 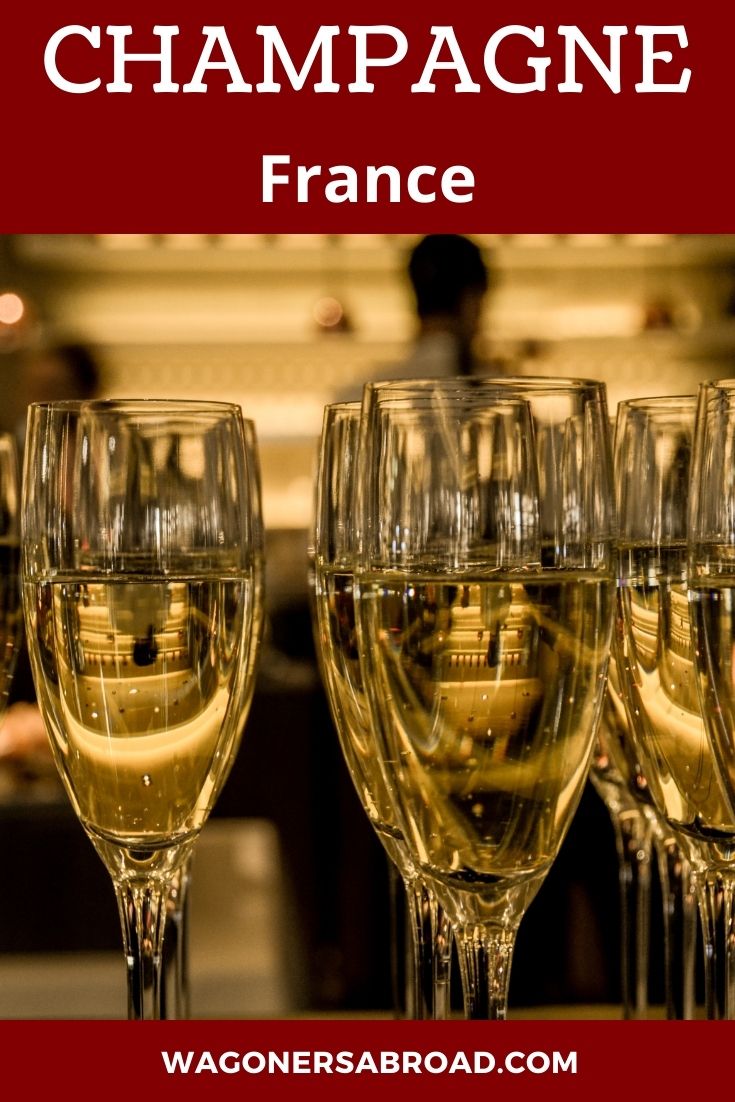 Our destination of choice?  A small village by the name of Trélou sur Marne.  The village, which is near the Marne river, is home to around 1000 people, has a single bakery, and that’s about it.  What’s so special about it?  It is in the Champagne region of France, and Champagne is pretty darn special in my book! 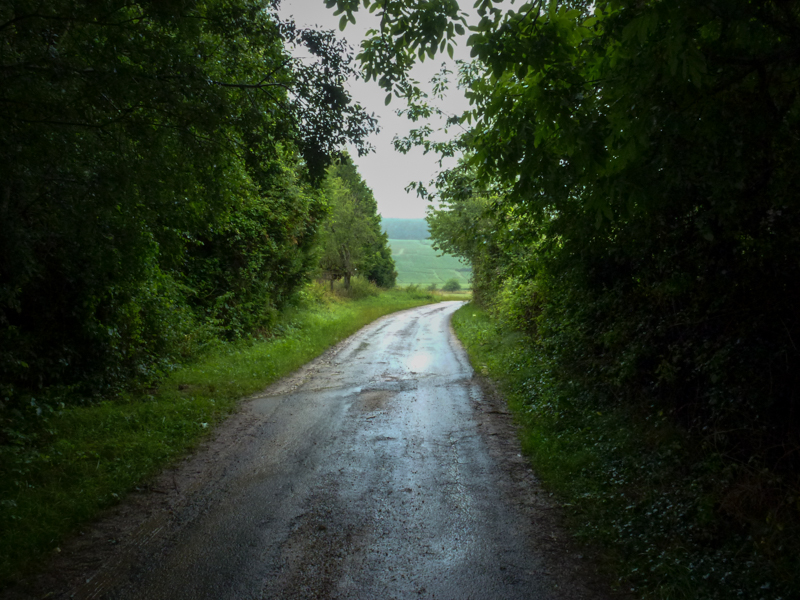 Champagne is delicious has so much to offer you.   So, it’s good to know which type of Champagne is right for you!  Why not learn the basics and educate ourselves by staying in the region?

We are staying in a gite, which is a cottage or guest house that is owned by a husband and wife team that makes their own Champagne.  Luckily our rental car had GPS, so finding the place was pretty easy.  When we arrived, our hostess, Mrs. Sylviane Couvent (Lémery) gave us a fantastic welcome.  Heidi is the official French speaker (my expansive knowledge of Klingon is absolutely useless here in France), so between her French and Sylviane’s English, we were shown around what would be our new home for the next 5 days.  Here is our review of the cottage. 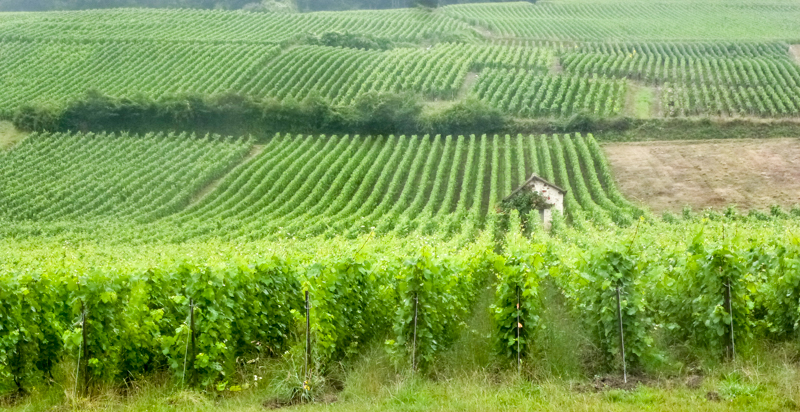 Our place is very well-appointed. A non-human dishwasher (gimme an “Amen!”), and a shower in which I can actually stand up straight.  The kids have their own room, so that keeps the peace between Lars and Anya.  Sylviane was kind enough to leave us a basket of pink biscuits and a bottle of their own Champagne.  In short, this place is fantastic!

We are a short walk from the vineyards, and Heidi and I were able to ditch the kids and go for a romantic walk enjoying the area.  When we left Amsterdam, it was in the mid 80’s (high 20s ℃) and sunny.  As I write this, it’s currently in the low 60s and it’s rainy.  Perfect weather to just chill out.  We’ve not had the TV on much other than to watch Germany kick the crap out of Brazil and Argentina squeak past the Netherlands. Instead, we’ve spent some time online (duh!), and had the occasional game of Charades.

One of the benefits of staying in the cottage is that the couple running the vineyard, Edmond and Sylviane, offered to give us a tour of their private wine cellar.  There’s no way we could resist such an offer, so at the appropriate time, we made our way across the street, and were invited in to see where and how the magic happens. 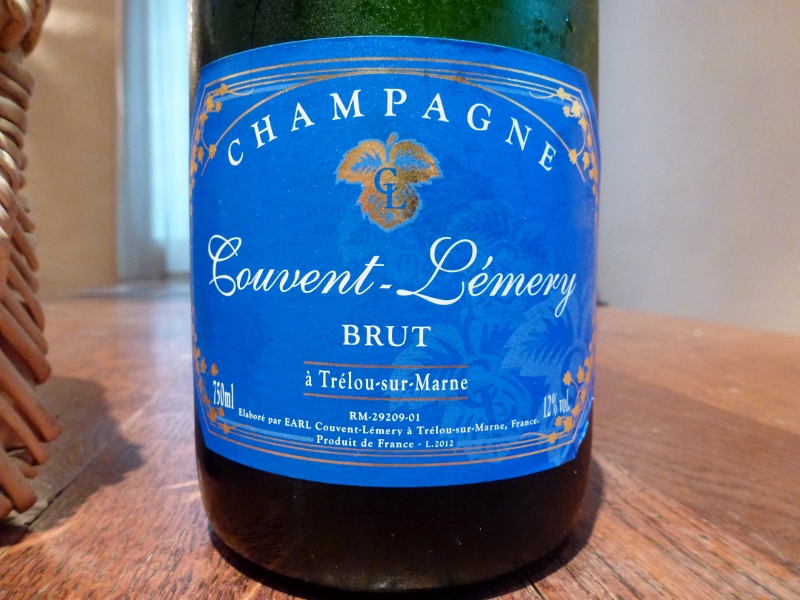 The first stop on the tour was where the pressing actually takes place.  This is a very small operation, so the equipment and tanks were very small compared to the huge beer vats we saw at Heineken.  The actual harvest does not happen until September, but based on the amount of land they own, I’m sure they’re kept very busy.  I was given a taste of the white wine they had (no bubbles), and it was very nice.

While Sylviane spoke some English, Edmond did not, so there was a bit of a language barrier, so Sylviane went to get her daughter to translate some of the technical aspects of our tour.  Vinciane had recently spent some time working at a vintner in Washington state, so between mother and daughter, all of the glorious details of the winemaking process were explained to us.

Our next stop on the tour was seeing their underground cellar.  I was amazed at how many bottles they had in such a small place.  As expected it was cool, but not cold, and had a musty smell, but it’s amazing to think how much work goes into the end product.  We were then shown the “labeling area”, and it consisted of a small table with a bunch of bottle labels, and a contraption that meters the glue. It’s a one person job that Sylviane does by hand. 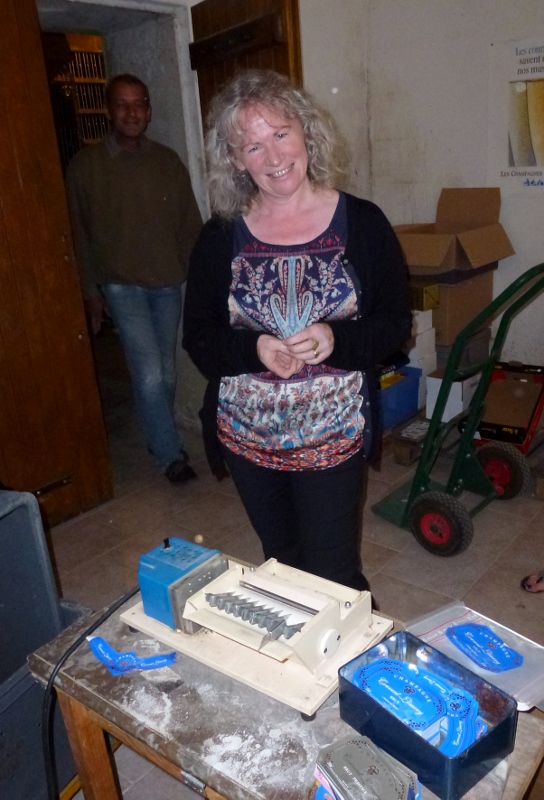 In this modern age of industry where we see computerized machinery geared for mass consumption, it’s refreshing to see such human dedication to the craft of making bubbly. 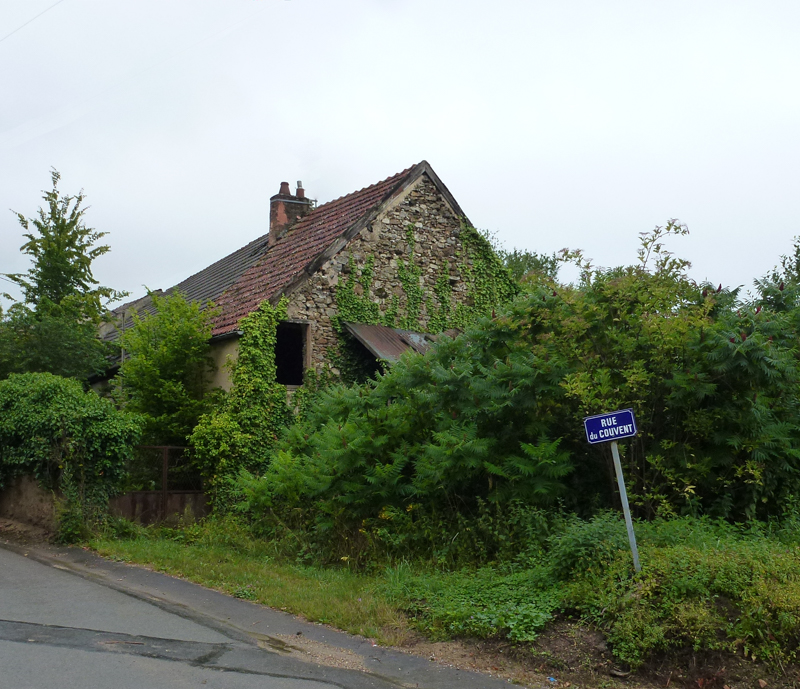 Our tour ended with four flutes arranged on a nice tray, and they brought out one of their bottles.  What a nice surprise!  We were not expecting them to open a bottle on our account.  As Edmond was pouring the Champagne, I noticed how proud he was pouring his namesake sparkling wine for us.  I was also struck by his hands.  He had very strong, weathered hands that reminded me of my grandfather’s hardworking hands.

The Champagne was excellent.  We had a great time talking about travel plans (ours and theirs), and the types of things Lars and Anya have learned and will learn.  It was a delightful tour that leaves us wanting to come back, and once again, the Wagoners connected with yet another charming family in a way that’s difficult to describe.