No matter where we travel, we usually wind up doing some driving.  Heidi and I have the whole driving thing down to a science.  I’m usually the driver, and she’s the navigator.  We rarely get lost, and when we do, it’s more of a “controlled lost“.  And even when we get really lost, it’s not all that stressful.  Unless it’s late.  Or we’re all hungry.  Or tired. 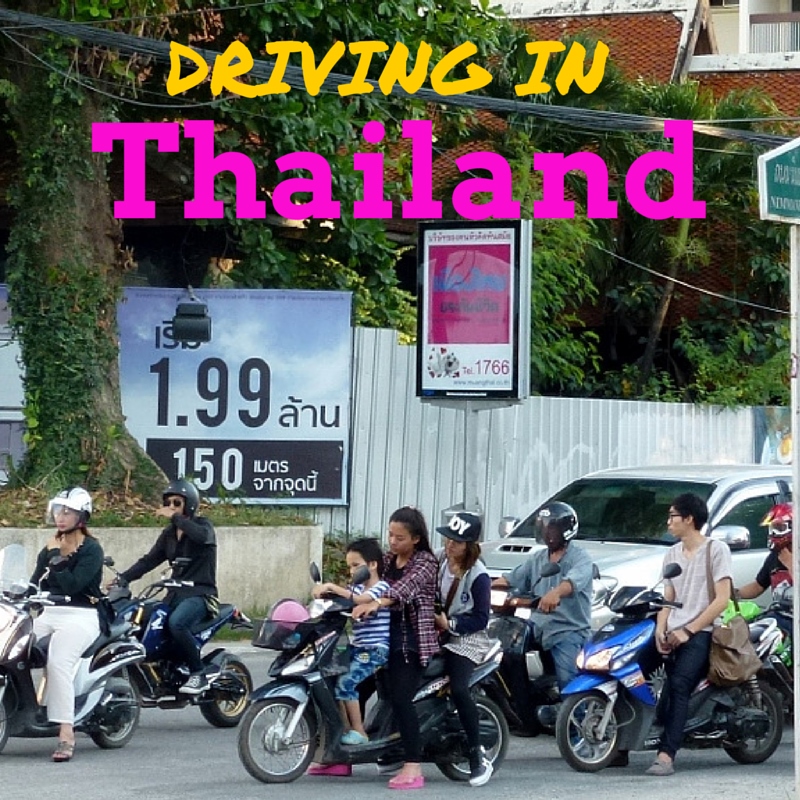 With our recent car rental with Avis Thailand, I got a chance to get behind the wheel, and drove from Chiang Mai to Chiang Rai, which is about 185 km (115 miles).  And I also drove up from Chiang Rai to the Myanmar border to get our 2nd 60-day visas squared away.  That’s another 64 km (40 miles) give or take.  Roughly 160 miles, which by U.S. standards is a pretty short distance.

Sidenote:  It’s not really that difficult, but I will pass on some driving wisdom my best friend Mike shared with me in Australia (where they also drive on the left side).  The reason he imparted this wisdom to me is because we had been drinking some wine with a friend of his.  I’d had one glass of wine, Mike a few, and his buddy, a lot.  When it came to drive drunk friend home, Mike said he could do the driving, but didn’t want to risk it, so I became the designated driver.

It was the first time for me to drive on the left side of the road, and I was a bit nervous, but Mike explained the two key ideas to me (I can’t believe I’m giving this useful information away for free):

That’s it!  Pretty simple, but very effective.  (Note to Editor:  Include a $5 donation Paypal button at the bottom for such useful information).  When driving on the left side, I always say these two things mentally to myself, and it helps put me in the proper state of mind.

So what specifically was it like driving in Thailand?

The biggest thing we noticed is that there’s really no road rage here.  People don’t honk their horns, and if they do, it’s usually more of a courtesy “I’m here, don’t run into me” tap.  The other thing was that those lines on the road are more of a guideline.  It’s perfectly acceptable here to split lanes, cut across lanes of traffic, or even drive on the wrong side of the road.  The flexibility of the driving rules would get people really worked up into a lather in The States, but the people here just don’t let it bother them.  Perhaps it’s that the country is primarily Buddhist.

My big takeaway is that you can drive a bit crazy here, and people don’t get upset.  The corollary to that is when other people around you are driving in a crazy manner, you can’t get upset.  Much harder, huh!  There are also tons of mopeds (125cc is the most common), tuk-tuks and songthaews (song-tao — rhymes with cow).

I love not only the number of people, but the complete lack of helmets. Those “protective” thongs are pretty neat too. 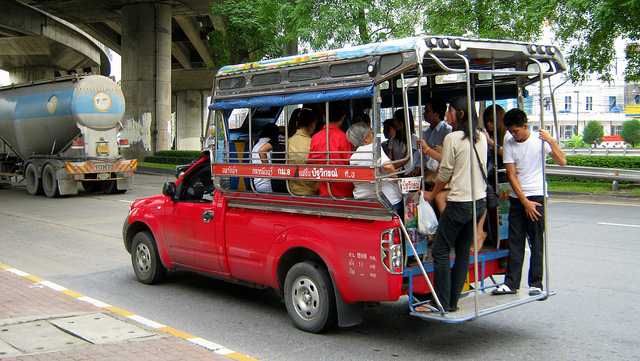 For me those vehicles are the biggest worry, because it seems like they expect the cars to look out for them.  Again, you can’t get too worked up, or you’ll just wind up getting frustrated and angry.

During the driving here, we’ve found out a few interesting tidbits (in no particular order): 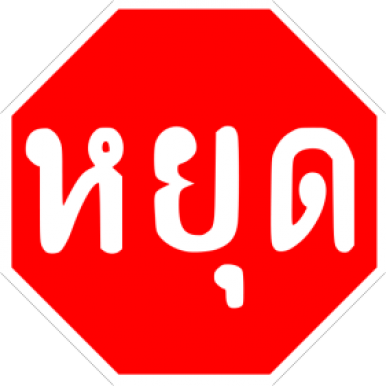 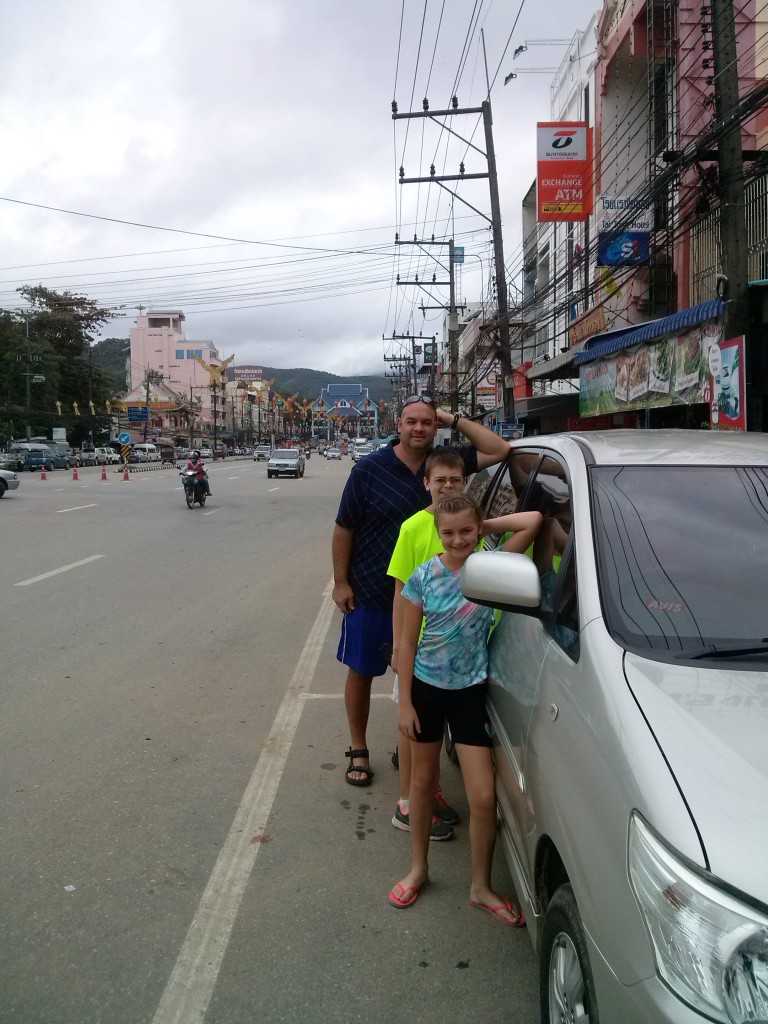 Of all the driving, I would put driving in Thailand in the middle of the pack in crazy driving experiences.  If you’re not a confident driver, it’s not something I would recommend, but common sense goes a long way in keeping safe.  And when there’s no common sense on tap, just do what everyone else is doing.  Oh, and be flexible.

Now for the serious stuff

If you’re renting a car here, they only require a passport, and your local driver’s license.  You don’t need an international driver’s license, although if you get stopped by the police, it may help.  Traffic control signs are all pretty much standard, and easy to understand.  If you’re looking to get a Thai driver’s license, you can find all the details here.  Remember that those with tourist visas cannot apply; you must have some sort of resident visa.

If you’re looking to rent a scooter/moped, there are plenty of places to do so.  The bigger the engine, the more expensive they get.  It ranges from 200 Baht (for a small 110cc scooter) to 1800 Baht or more (full size 600cc motorcycle) per day.  You’ll need to leave either a cash deposit, your passport, or a hold on your credit card.  Do some checking around on the web, and make sure to find a reputable business.

Mass transportation is pretty reasonable.  Here in Chiang Mai, the songthaew is 20 Baht per person to anywhere in the city.  You may have to increase your price if you’re the only one in the back, as the drivers are reluctant to drive a long way for a single fare.  Tuk tuks run around 80 Baht per ride, but they are much slower than songthaews. Use them only for relatively short distances.

Safe traveling to you all.  Any interesting driving experiences you want to share? 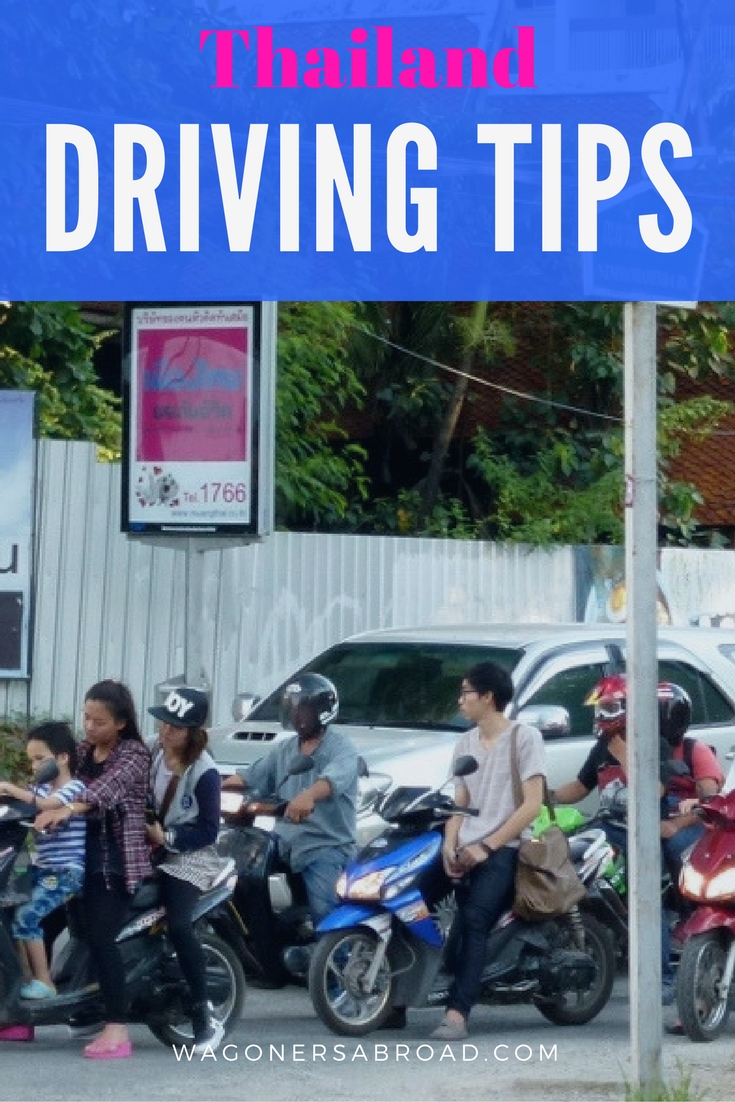 5 thoughts on “Driving in Thailand Tips and Tricks – You Can Do It!”