We have done our share of sunrise/sunset pics over the years.  It has been awhile since we’ve done one, so Lars and I figured it was time to grab a picture of the Chiang Mai Sunrise during our last week in Chiang Mai. 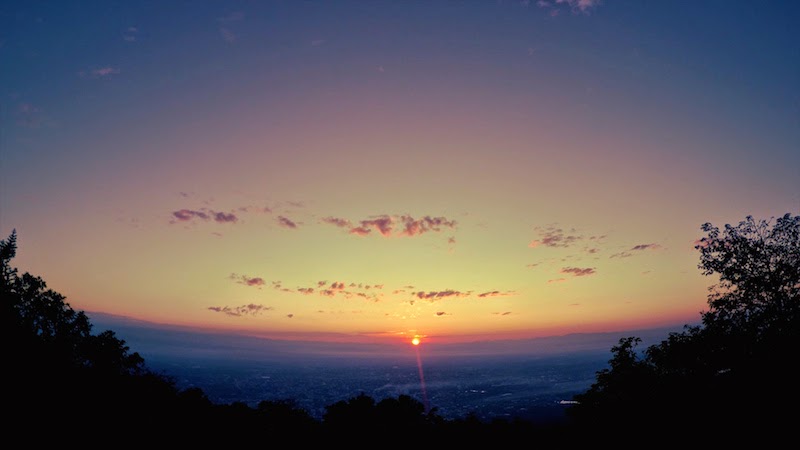 We decided to go to the most popular and revered Wat (temple) in Chiang Mai.  It is called Wat Phra That, and it’s located on the mountain called Doi Suthep.  It is a very revered site, since it is the place where a relic of the Buddha is supposed to be enshrined.

When we had a rental car, we drove up to the site, and it was packed with people, locals and tourists alike.  With such a popular place, there are hundreds of stalls of people selling food, clothing, and other sorts of miscellaneous stuff.  We didn’t go in as we were not properly attired (our shoulders and knees covered).  It was my mission to make sure we made it back.

I found out what time sunrise was going to be, early!  As I had rented a scooter, Lars and I woke up at 5:15 (in the AM!), got dressed, and hit the road.  It was cool out, and there was very little traffic.  It’s a very windy road up the mountain, and we were just taking our time.  It was a nice trip because we could talk to each other, and we discussed various things on our way up.

Once we were finally there, we parked the moped, and headed towards the Wat.  Luckily for us, not to many of the stalls were open, and we were only bugged a few times.  There’s a fair amount of stairs to walk up in order to get to the Wat proper, and since the tram was not running, we started climbing.  I am out of shape!  I’ll admit that I was a bit winded after all of the stairs, but I didn’t stop (Lars is my witness).

Once at the top (whew!), there’s a big sign that points the foreigners to a booth to pay the 35 Baht entrance fee.  Nobody was there to take our money, so we just went inside the Wat.  It was very beautiful.  Along the both sides of the thousands of steps (OK, probably a couple of hundred) there are two Thai dragons that are very impressive.  As we started walking around the temple itself, we heard the monks chanting.  I wanted to go in, but was worried about disturbing their meditation.

Lars and I setup my new GoPro Hero 4 that I recently purchased.  We discussed doing a timelapse, or just straight video.  After a bit of back and forth, we opted for the video.  We captured about 30 minutes of video in 4K.  We wound up only needing about 9 minutes of video, and Lars is the guy who did all of the editing, so my hat’s off to him.  So here is a great Chiang Mai sunset, in all of its glory.  Enjoy!

After thoroughly enjoying the view, it was time to pack up and go.  On our way back down the mountain, we saw a bunch of bicyclists and even a few runners heading up the mountain.  That has got to be brutal!

Further down, we also saw dozens of monks with their alms bowls walking along the road,  and receiving food from the public.  It was definitely a memorable morning! 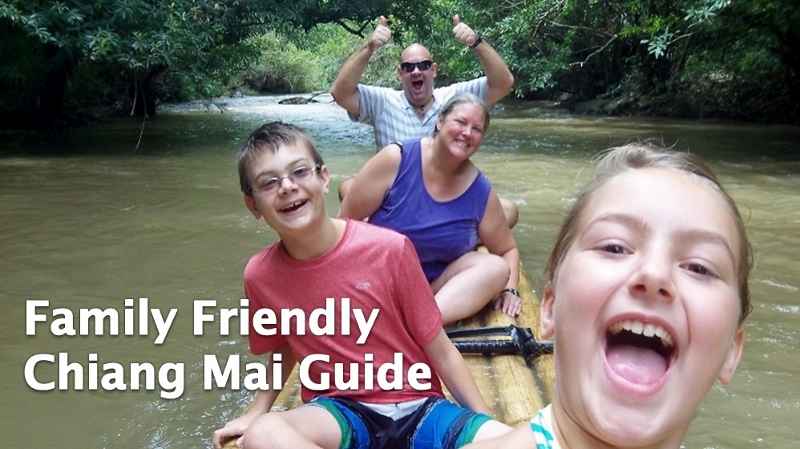