How to do long division in Spain and how to divide in the US.

When we first moved to Spain, Lars was in the 5th Grade.  We knew at his age it would be a little more challenging to learn Spanish and pick up the other subjects in class.  The one place we were certain, he would excel immediately was in Math.  We figured math would be the same no matter where you are in the world. 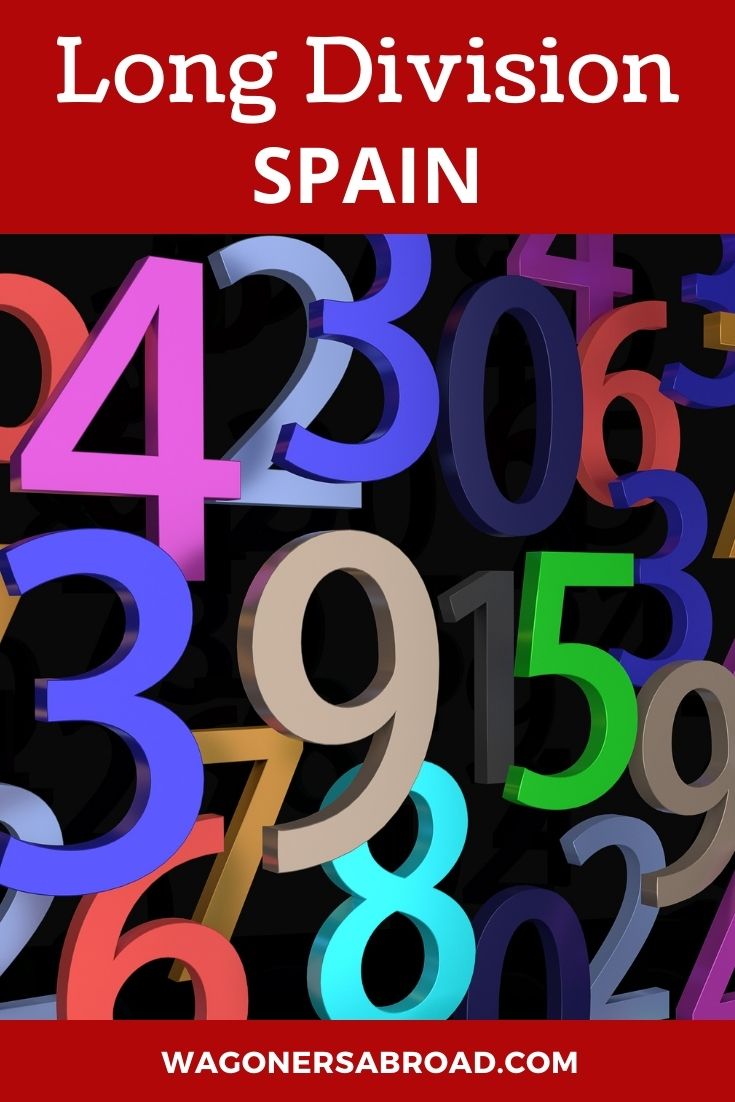 You take some numbers and add, subtract, multiply and divide.  How could it be any different?  Well, we were in for a big surprise when it came to math, especially How To Do Long Division in Spain!

Division in Spain is first up, then Division in the USA will be shown at the end.

What was different with Division or Math?

Not only were the kids learning a new language and hearing all of their lessons in Spanish, but math threw us all for a loop.  Yes math!  We thought math was just numbers, so how could we possibly go wrong?  For Anya it wasn’t so difficult, as previously she had only covered addition and subtraction in the USA.  That was not the case for Lars.

Of course for Lars, addition and subtraction were no problem at all, but his grade was well beyond that.  He had already learned fractions and division in the USA, so it was assumed things would just continue.  You know what they did!  It was just where he should be, except they divide numbers differently in Spain is different!  Yep, you did read that correctly.

Long division in Spanish is different from the USA!

I know what you are thinking “Math is math, how can you do division differently?”.  Well, we had the same thoughts.  Lars came to us for help with his homework and we were absolutely stumped.

Everything was in the wrong place and we couldn’t wrap our minds around it.  Here we are as the parents and we are supposed to be able to help our kids.  We didn’t know what to do.  Alan did some quick magic on the internet to try to find examples of long division in Spain.  There weren’t many examples of division available, but we did cobble together the pieces and eventually figure it out.

You know how you visit a country who drives on “the other side of the road” and your brain takes a bit to get adjusted?  There you are in a taxi sitting in the passenger seat (the driver’s seat of your home country) and things just feel out-of-place. You get a few moments of anxiety and confusion.  Well it is no different with this math.  It feels like it is dyslexic division for us Americans.  Okay, I bet you are wondering what the heck I am talking about.

Let’s just say that everything is backwards and upside down!

Knowing there are many new families living in Spain with children 10+ years, we thought it would be great to provide them a video showing how to do long division in Spain.  Sometimes it all makes sense once someone explains it to you.  It is specifically difficult for these ages, as they have already learned long division in their home country, so they need to relearn when they arrive in Spain.  For Anya, she learned it for the first time in Spain and knows no different. If we ever return to the USA, she would have a difficult time adjusting to the USA way of doing long division.

Oh and guess what, it isn’t just in Spain!

How To do Long Division In Spain Examples – Video


Please feel free to watch and leave a comment if you have any questions.  While this division is what we experienced in Spain, it should also apply if you are trying to do long division in Italy, long division in France and several other European countries. 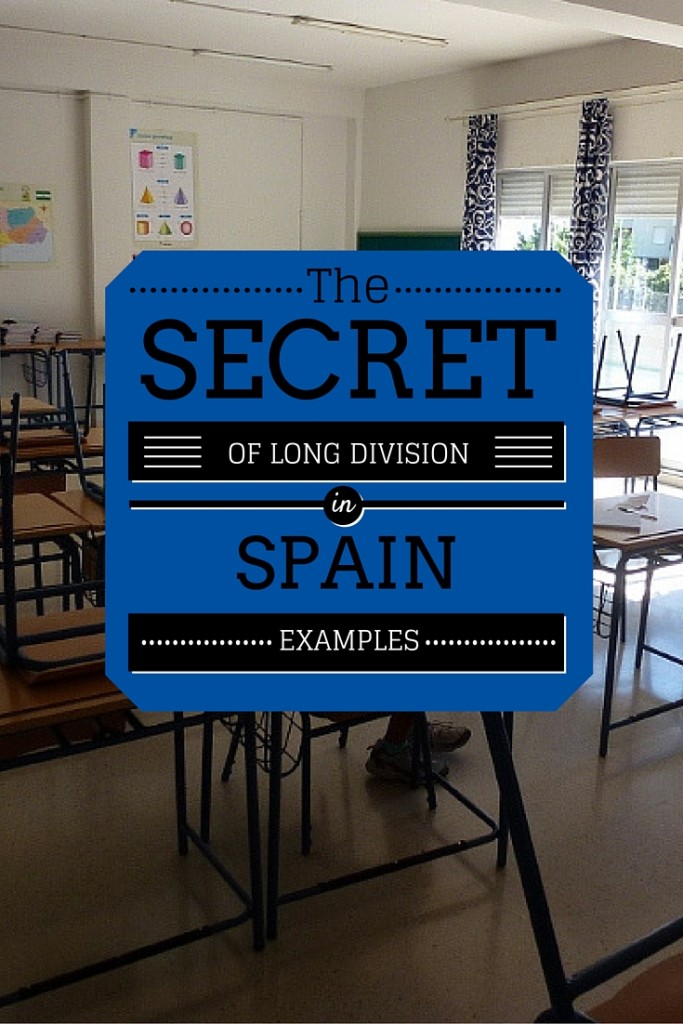 As we shared with you in many posts, our first few months in Spain were an adjustment to say the least.  Here are some posts from the past for you to look through from our experience living in Spain as an American family, with kids attending Spanish public schools. 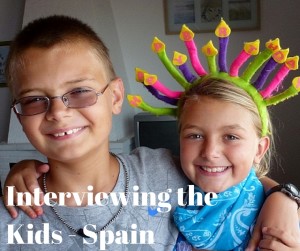 Tell us what you think about division in Spanish.  Do you have any stories to share?  Are you an American family living in Spain?  It doesn’t matter where you are from, you are likely to have your stories to share with your move to Spain, so feel free to share.

How To Do Long Division in the USA!

So many people have asked us how it is different from division in the USA.  So instead of us creating a new video, we found the perfect videos on how to divide for you below!

He covers all of the long division steps in a clear and easy to learn manner.  First is the basic division of one number into another number.  Next is a video of long division and you will know how to divide in no time!

16 thoughts on “How To Do Long Division in Spain”