It was time to take care of a little more family maintenance in Chiang Mai and this time it was for the eyes.  Lars wears glasses, so we knew we would need to get his eyes checked while we were in Chiang Mai.  Just about anywhere you are in the city, you can find an optometrist.  Between your teeth and your eyes, you should be sitting pretty in this city. 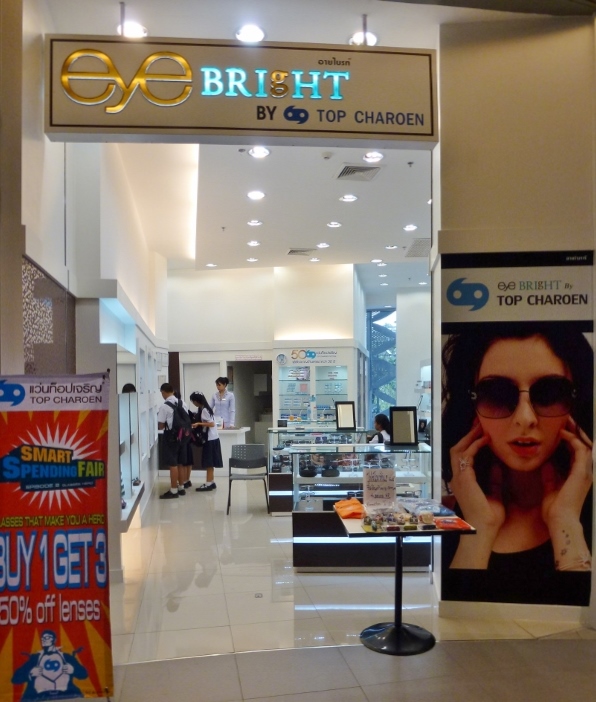 We checked out a few near our apartment, but Lars didn’t like the frame selections.  We ended up going to the optometrist in the Maya Shopping Center and found it to be an interesting experience.  It was all very similar to our experiences in the US and even in Spain, so that was good.  The only difference was a little bit of a language barrier and juice.  One of the staff did speak some English, so that was very helpful.  They also served all of us a glass of Orange Juice when we were there for the purchase as well as the pick up.  A nice added bonus! 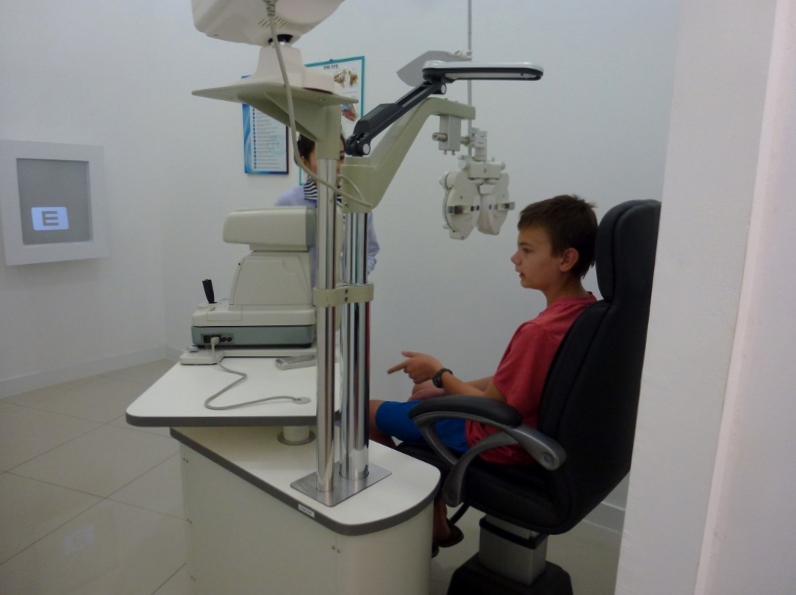 The eye exam was free and we happened to be able to take advantage of their 50% off sale in the month of October.  The frames and the lenses were both on sale, so this saved quite a bit of money.

The exam room was very clean and appeared to be standard.  Lars said it was a bit different and he didn’t feel too confident with the level of understanding and communication.  This would likely be the case in any of the stores around town, as we know very limited words in Thai and it is about the same with their English.  We were just going to make the most of the experience and make sure Lars could see! 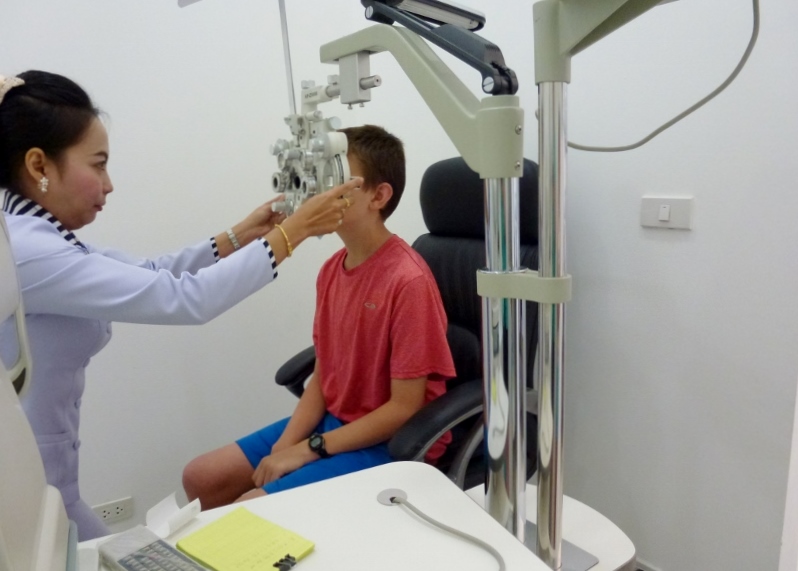 Once she figured out what the prescription should be, she created a pair of temp glasses for Lars to wear around the store.  She took him out to the mall entrance and had him look around and see if he was dizzy and ensure things appeared clear.  Lars did have a slight problem with one of the eyes, but the next level up or down would have made it worse.  I guess your eyes can kind of be between prescriptions.  Either way, it was far better than his current glasses. 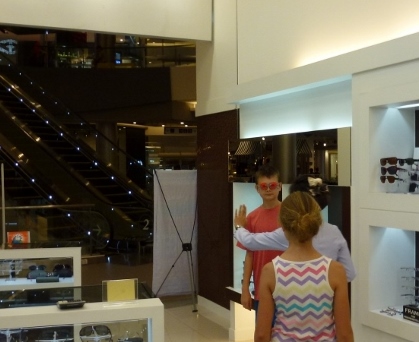 We placed the order and returned a week later to pick up the glasses.  It took Lars a day or so to adjust to his new prescription, but we are back on track with a son that can see again!  Phew.

3 thoughts on “Need An Optometrist in Chiang Mai?”