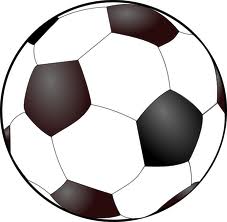 Now if you had asked me, “Hey Alan.  Do you need to go to the right place at the right time?”  I would have probably said, “Uh…yeah.“, or if I had plenty of time to think about the answer, I would have said, “Uh…yeah, Stupid!“.  Well getting him signed up was very troublesome as we were not given really good instructions on the whole place and time thing.

Once we worked out those minor details, it was simple.  Now that we’re past the part of this tale where Lars is actually on the team, I’ll get to the part where he gets to Practice.  If you’ve learned anything about Lars while reading our blog/website, you know that Lars is:

So from the time we signed up Lars to his first practice, he provided us reminders that he has practice on Monday at 5:00.  We heard this all weekend, and Monday morning when he was getting ready for school.  After school, he once again reminded us about practice, and at the appropriate time, we went to practice.

Since this was our first “organized team sport” for Lars here in Spain, I was wondering how it would be compared to the U.S.  I was wondering if there were going to be any crazy super-competitive parents out there.  What were the kids going to be like?  All that good stuff.  We get to the practice, and it’s very low-key.  I can tell Lars is nervous, and wants to do well.  Most of the guys on the team are in his class.  Fútbol here is the sport, so competitiveness is high.

The coach arrives, and he starts some drills.  One of the first ones he has the kids do is he divides the kids into two teams, and they can run with the ball, and they throw it to each other.  I understand what he’s trying to teach them, but the drill surprises me.  The other thing it does is it makes me laugh.  These kids grow up with fútbol and are used to kicking, not throwing and catching, so the results are hilarious.

When trying to throw far, some of the kids will grab the ball with both hands, and underhand it over their heads, behind them.  Needless to say, their accuracy left much to be desired.  They all tried very hard though, and it’s fun to watch them.

The next drill was the same, only this time, there was no throwing/catching, it was essentially normal fútbol.  Since the kids have been around the sport their entire lives, I figured they would really light Lars up (really surpass him), when it came to handling the ball.  Lars has played a fair amount of soccer over the last couple of years, but not to the extent that his teammates have.  I’m happy to say, he did very well.

At this age, some of the kids are growing, and they’re awkward.  I’ve never been a graceful person, and I border on the cloddish.  While some were not overly graceful, some kids were very athletic, and had a good understanding of their body position.  Overall, it was a good mix of athletic abilities.

Lars is very tall, and I think he’s the tallest in his class, if not the entire 5th grade, so he’s able to run down the ball pretty well.  He’s not overly agressive, and, at the time, preferred defense.  “I like to steal the ball away from those trying to score.”  His words, not mine.  The practice went well, and helped Lars’ confidence.  The added plus is that he’s able to bond/socialize with his classmates outside of the class, which is a good thing.

Getting the Right Equipment

One of the things that became apparent during the practice was that Lars needed proper indoor fútbol shoes.  He was sliding around quite a bit, so the next day, we went to the shoe store, gave him a budget, and told him to pick out a pair.  I haven’t seen this as much with American football or baseball, and maybe basketball is similar, but here, a soccer player’s shoes are not only functional, but they’re typically very loud.  Subtle colors that blend in with the uniform are definitely not the norm.

Normally, I would think of Lars as a conservative person when it comes to dress.  I suppose though, that some of the Spanish flair for fashion is rubbing off on him, because the first pair he looks at are black with a bright magenta swoosh on the side.  Uhhh…OK.  I have to remember that I’m not wearing them.  Lars is.  They don’t fit, and he tries on a different pair.  They still don’t fit.

After three or four failures, the young lady who was helping us brings out a special box.  I can practically hear it humming as she walks out of the back room.  I can see what looks like a radioactive glow, as she opens the box.  Once the box is opened fully, the brightness causes my irises to close so quickly, I think I hear a small click.  Lo and behold, the shoes contained therein are the brightest, most obnoxiously colored shoes I have ever seen.  “I love ’em!”, Lars shouts.  Of course he does.

He tries them on, and they fit.  I’m not saying that they fit like Cinderella’s slipper or anything, but he’s really digging them.  So the conversation goes like:

With that, Lars is now the proud owner of some nuclear neon yellow and hot pink soccer shoes.

Lars is sporting the new shoes (did I mention they are bright?), and it was funny watching him go into the huddle with his teammates.  They all looked down at his shoes and nodded.  Heidi asked him what they thought after the practice.  “They first told me I had big feet, and then they said they were very bright shoes.”  After practice, Lars confirmed that he was able to run faster, jump higher, pass more accurately, and he  practically read the minds of those he was defending against.  OK, I made that last one up, but he’s convinced the shoes were a smart choice.  He scored a goal, which gave him a taste of the thrill of playing offense.

Once Saturday rolled around, Lars was itching to prove himself.  We arrived early, and watched a match in progress.  It turns out Lars’ friend was playing, so I sat down next to his mother and we chatted for a bit.  I brought my camera, so I was able to get some good pictures and practice before the “real” match.  I’ve not done much in the way of shooting sports, so this is new to me. 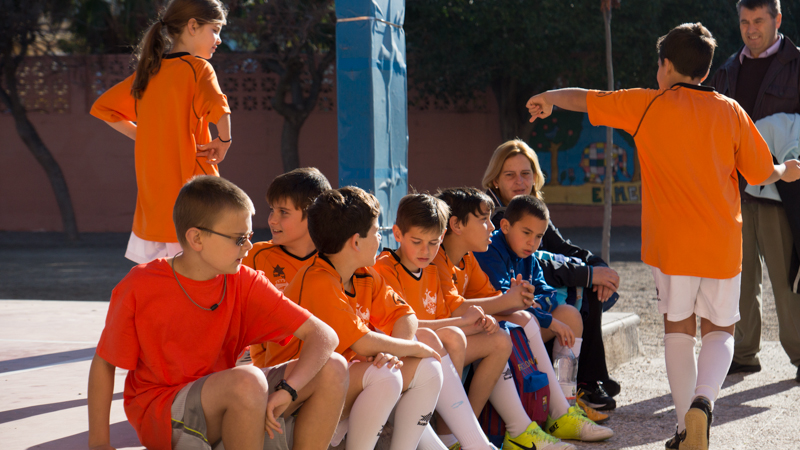 After both teams warmed up, it was time to play.  Both teams were fairly evenly matched, but our forwards/strikers were a bit more coordinated with each other.  Lars was brought in, and did a good job on defense.  The coach moved him to more of a midfield position, and he handled the change well.  The big news is that he scored a goal.  On a corner kick, Lars headed it in for his first goal.  (Unfortunately I missed the shot.  I did see him make it, but was not in a good position for a picture.) 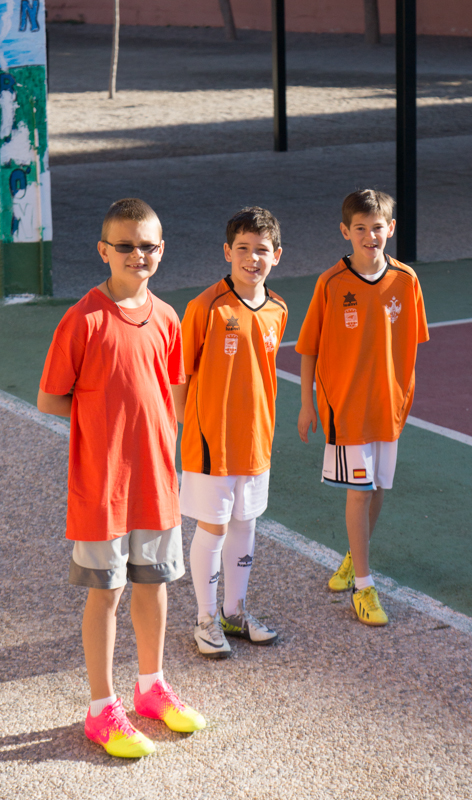 I was very excited, and wanted to give him a big shout, but I restrained myself.  Once play was reset after the goal, Lars was about 20 feet away from me (sorry, 6 meters), and I said loud enough for him to hear me, “Great job Lars!”.  He didn’t even look at me, but gave me a thumbs-up.  He’s one cool cucumber, that kid.

I did manage to get a good shot of Lars during play.  Notice how the shoes helped him get as high as he did.

I told him later, that all the great moves he made were solely due to the shoes.  He flashed me a bright smile.  Our team won 6-4.  It was an action-packed match, and it was fun to watch both sides play well.  There was no parental drama, and everyone was a good sport.

13 thoughts on “Our First Fútbol Match”