One of the many things I like about traveling around is sampling the different desserts as we drive from country to country.  When we do the obligatory “bio break”, I’ll check out the candy aisle and look for something that you wouldn’t see in your local 7-11.

One of my favorite international snacks is the stroopwafel.  For those who don’t know, a stroopwafel is a waffle made from two thin layers of baked dough with a caramel-like syrup filling in the middle. 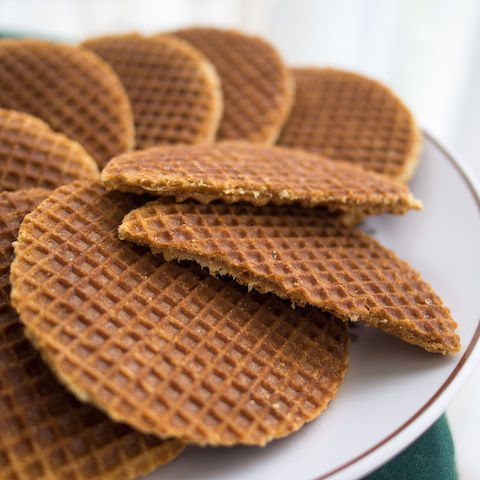 Years ago, when I used to travel to Amsterdam for work, one of my customers had these as employee snacks, and they are tasty.  One time Heidi and I were in Gouda (birthplace of the stroopwafel), we bought some right off the packaging line (when they were still warm!). 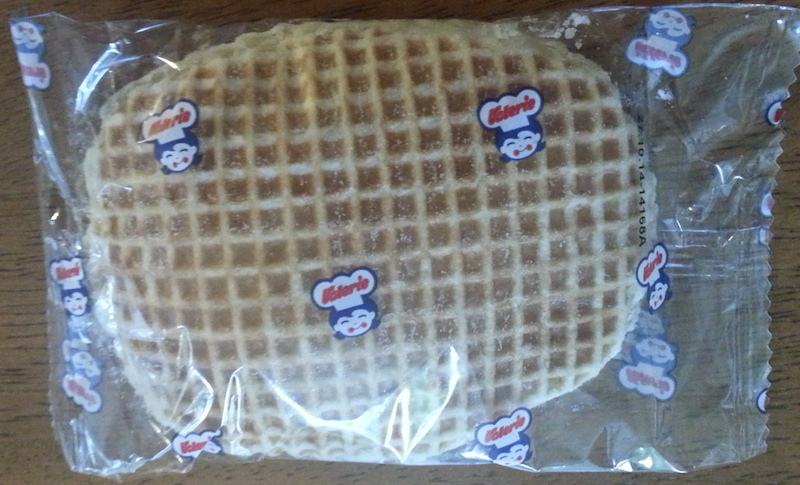 So as we were traveling through Belgium recently, I found a new kind of stroopwafel!  While I was initially excited, my excitement was quickly dampened because I couldn’t read the text.  Correction:  I could read it, I just couldn’t understand it.  When it comes to not understanding the ingredients in an unknown food, that worries me.

We’ve also just spent a week in Amsterdam where they like cheese.  Really really like cheese!  In addition, Heidi and the kids had been on a cheese tasting where they tried all different kinds of cheeses.  Sharp cheeses, hard cheeses, creamy cheeses, and even goat cheese.  (YUCK!) 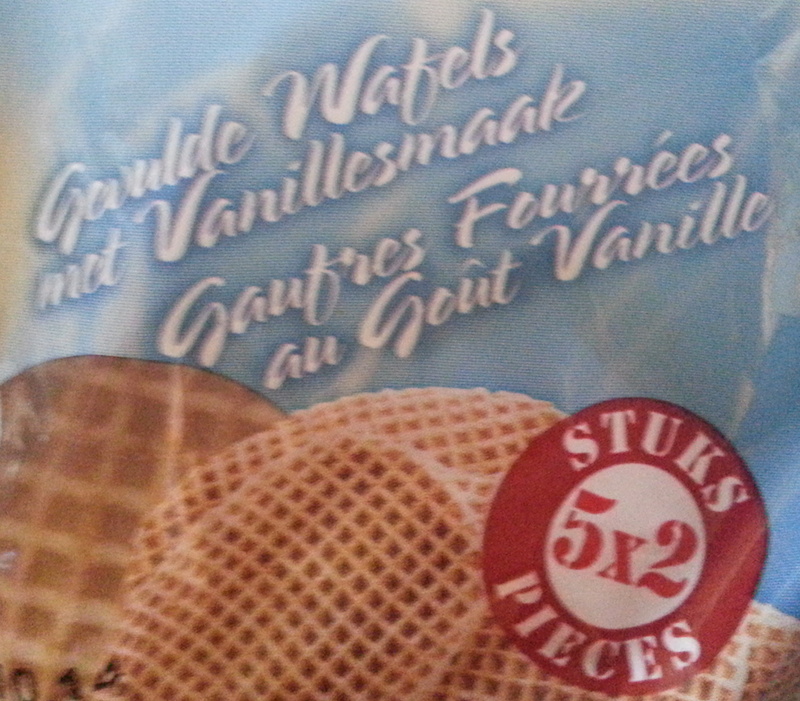 So when I looked at the ingredients on my package, I saw:

She laughed, and said, “I don’t know!”.  I showed her the packaging, and she didn’t know what goût meant.  Well friends, I took a big risk.  Since I know you readers are counting on me to go that extra mile (1.6 kilometers), I expanded my horizons, and your humble narrator purchased the special stroopwafels and ate them.  They really hit the spot!  Instead of the typical caramel, there’s a vanilla cream inside, and they are excellent warmed up in the microwave.

As it turns out, goût means taste or flavor.  So now that I know, you know.

2 thoughts on “Have you ever tried Goat Vanilla?”