Okay maybe the title is a bit mixed up.  We arrived in London England and then the storm hit.  I know you are asking “What in the world are you doing in London?  You live in Spain.”  We are doing our very first house sit and are very excited.  We yanked the kids out of school for the week and are in the land of the Queen.

Our Departure to London England

Our house sit was scheduled from Monday – Sunday, so we decided it would be best to arrive a day prior.  That way there would be no stress or worry about arriving to the house on time, as you never know what delays will occur when traipsing around the world.  You know how it goes, when you are in a hurry that is exactly when things go wrong.  Our flight was at 8 am and it is about a one hour drive to the airport.  The plan was to leave the house around 5 am.  Like magic, we were all up and ready to head out the door 5 minutes early.  I was just shutting down my laptop and noticed the clock said it was 3:55 am.. HUH?  How could that be, our watches said 4:55 am.

Okay, we are going to fess up. We had no idea that it was daylight savings.  We were up and ready to go by 4 am for an 8 am flight.  I guess this is better than the clocks moving the other way and going through the scramble.  We hung out at that house for a bit and then figured we would go to the airport early.  Luckily we did as we were one of the first to check in and managed to get good seats on the plane.

We arrived without any problems on Sunday and checked into a hotel for one night.  We also rented a car.  I know who goes to London and rents a car?  We do, because we are crazy like that!  The house sit is a bit south of Gatwick, so we wanted to be able to take little day trips here and there. 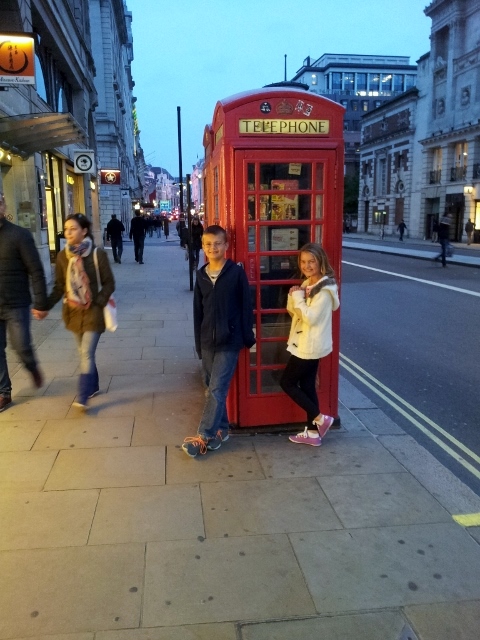 Once we checked into our hotel and grabbed some lunch, we headed into the city.  Of course on the way in we had to go through our old stomping grounds, Chiswick.

Oh, what fond memories we have.  It looks exactly the same, yet different.  The look and feel are just what we remember, but there were 2 Starbucks on the high street within a few blocks.  I didn’t like that at all.  We drove past our flat and of course were non-stop reminiscing aloud to the kids.  They of course weren’t really paying attention, but I had Alan drive through a second time.  Chiswick and London England will always have a special place in our hearts.

We continued on into the city and explored Piccadilly, Leicester Square and Covent Garden a bit.  A few things to note, it was crazy weird hearing everyone speak English!  How strange is that?  When speaking with anyone or asking directions, we wanted to speak in Spanish.  It didn’t take us long to jump in full swing with English though.  The second thing is the sensory overload with food options.  I know we should be loving the food in Spain, but it isn’t our favorite.  Just about every store or restaurant we walked past, we were all drooling.  The kids wanted to eat anything and everything in sight.  In time we will get some of it, but we will also have a little will power.  Lastly, we do love this city.  I would have to say we have our favorites and London is at the top with San Francisco and Paris.

Later in the afternoon, we met up with our friend (Alan’s former boss) and roamed the city.  We walked along the back streets and made our way to Buckingham Palace.  The Queen was home, but she didn’t come out to greet us.  We stopped for dinner at one of Alan’s favorites, Wagamama in Soho.  Yum!  We had a wonderful time and visit and the kids were practically sleeping at the table, so it was time to head out.

All day, we kept hearing about this crazy storm that was due to arrive over night.  Up to this point, we had pretty nice weather.  It was even warmer than we anticipated, for this time of year.  Just as we were driving back to our hotel it began to rain with some really strong winds.  We made it back to our hotel just fine and even managed to take a swim, before the pool closed at 10:30.  The storm hit over night and was off and on throughout the day.  For us, it wasn’t much of a problem, but I guess there are loads of trees down and power outages.

The kids are missing school this week, but just 4 days.  Friday is a holiday in Spain, so it is just the earlier part of the week.  We let the teachers know in advance and they provided us with all of the work the kids will need to do.  The plan was to do a little each day, but the kids had a different plan.  They both hammered out about 90% of the work Friday and Saturday before we left.  Lars will just need to study for an exam and Anya just needs to complete a few things for science.  I love self-driven children!  I also love all they will see and do on this trip. 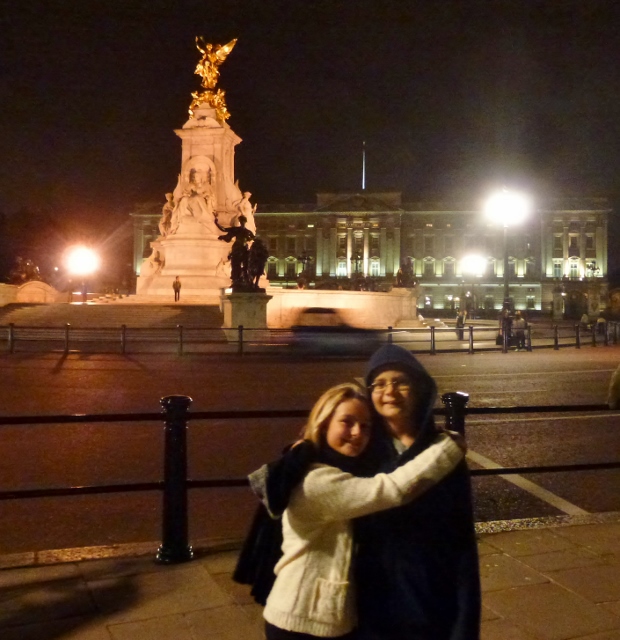 We have been looking for a house sit in Europe for about 6 months, especially over the summer.  We had many wonderful replies, but nothing really worked out.  I think because we are 4 people and that can be intimidating to some.  We did have someone actually want us over the summer in France, but at that point we had set our travels plans and the timing didn’t work out.  Anyway, I have daily email alerts set up for house sits in countries we are interested in.  A few weeks ago, one popped up for London area and we applied and got it.

I will write more about the house sit and the process later, but I will cover a few things with you.  First of all, this family has 3 kids just around the ages of our kids.  When we arrived it was like being at “home”.  We were greeted by Charlie (one of the cats we are sitting) and he warmed up to us right away.  The kids each have a bedroom suited for them and their age.  The backyard has a trampoline, bikes and scooters.

The inside has multiple family rooms, play rooms, TV’s, Xbox and toys galore.  It is like we walked into the perfect place for our kids.  They went nuts and are feeling right at home.  The house itself is in an adorable village with big beautiful tree-lined streets and it is just lovely.  We have all of the modern conveniences and are loving a big fridge, dishwasher, wi-fi and what we love most are the cats.

So far we are liking this and can’t wait to tell you more about our week.  Hopefully we will also have time to catch up on articles from our Summer road trip too.  We still have so much to write.

Where to stay in London

Check our more of our London posts: 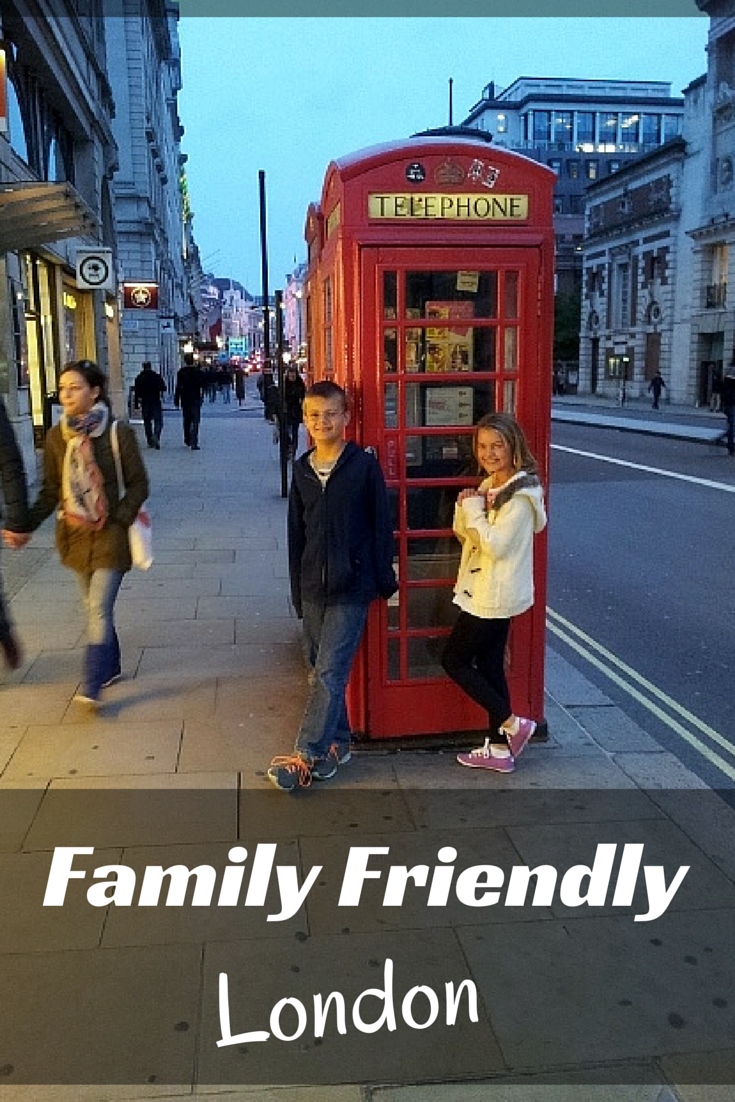 Free things to do in London with kids. 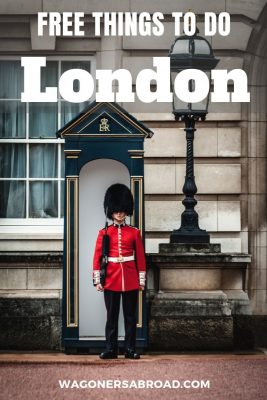 Activities in London with Kids 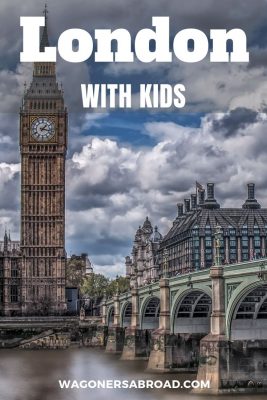