This may be a bit of a “geeky” post, but I wanted to describe the thought processes we went through.  As I’m the Resident Geek in the family, I had some definitive ideas as to how to approach things.  Due to the cost, we wanted to do all of our purchasing in the U.S., as prices in Europe are usually 15% – 20% higher for the same product. 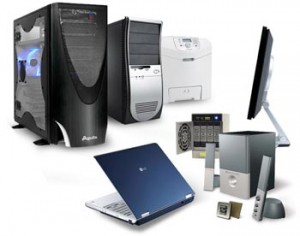 I actually started thinking about this before we even left the U.S.  Heidi and I discussed it, and even though both of us had relatively new desktop computers, we didn’t think it reasonable to cart them over.  As we were going to be traveling, a more convenient mode of computing was in order:  Laptops!

Alan’s Choice:  As usual, I wanted something powerful with a great screen.  I’m not much of a gamer, but my plan was to do video and photo editing, which requires some serious horsepower.  Initially I was thinking of a big laptop…something with with a 17″ screen.  I’m most familiar with Windows, so I figured that’s the way I would go.  I looked at the Dell, HP, and Samsung websites (not to mention many others), and after a massive search, wound up buying an Apple.  Wait…what?!

Yep…I bought an 15″ Apple Macbook Pro with Retina display.  I really detest Apple as a company (their anticompetitive litigation strategy among other things), but they make nice stuff.  I know.  I come off as a bit of a hypocrite.  I’m interested in developing some apps for the iPad.  You can’t do that on a Windows machine.  Plus, I can run Windows on the Mac.  You can’t run OS X (the Mac operating system) on Windows.  And the screen is gorgeous!  It’s been very useful, and easy to use.  In general, it just works.

Heidi’s Choice:  Heidi waited a bit, and she was more cost-conscious than I was, and she ultimately went with the 15″ HP Envy.  She seems to like it, although she comments that the HP feels a lot heavier than my Mac.  Maybe she’ll weigh in here with her thoughts…

Lars and Anya:  At first, Heidi and I were thinking that we would just use my old laptop that I used for my motorcycle track days (I miss those!).  It was big, heavy, and very under-powered.  Not to mention that it was just a single machine.  I’m not sure how I did it, but I convinced Heidi that the kids should each have their own computer.  I didn’t think that sharing would be practical.  We knew we didn’t want to spend more than $400 for each, so once again, we did a bunch of research, visited a bunch of stores, and got laptops that the kids liked.  Lars uses an 14″ HP while Anya chose the 14″ Asus (she liked the color).  They’re not high-tech, they’ve been fairly durable (knock on wood), and they get the job done.

I didn’t realize how much we had in the way of electronics until I started packing up all of the power supplies.  Moving to Europe required the purchase of a bunch of the power converters.  These are the plugs that convert the U.S. power plugs to the Euro-style.  They don’t do any voltage conversion, but these days, most electronics that use a “brick” to charge, can accept 110 – 240 volts.

One of the things I did not expect is that there seem to be fewer power outlets on walls here, and if there is an outlet, it is usually only a single one.  So I purchased a bunch of 3 or 4-port power strips.

Now that most companies are using the micro USB connectors (are you listening Apple?!), this is not a major issue.  The problem is that all of the small electronics require them, so it’s easy to run out if everyone is charging their gear.  It’s also amazing how easily these cables get lost (almost as bad as losing socks in the dryer).

Computers fail.  Hard drives die.  It’s a fact of life.  So we purchased a number of USB 3.0 hard drives.  These things are so much faster than their older USB 2.0 brethren!  I have 4 of the drives in various sizes (from 500G to 2GB).  Using them as a backup platform, and for storing files (like music and movies) that are not used on a regular basis has given me some flexibility and peace of mind.

This was a big requirement, and we were limited in the amount of research we could do before moving to Spain.  After talking to a few people, it seems like everyone hates their provider, as they charge too much.  Same story as in the U.S., right?  You also get locked into multi-year contracts which are very expensive to break.

Ultimately, we chose Vodafone.  We’ve got a decent voice/data plan, but making calls internationally is still expensive.  For the phone I read about this phone before we moved, and being the Craver of the Latest & Greatest, I chose the Samsung Galaxy S III.  It’s extremely light, and has a beautiful screen that is huge.  Heidi being the Sensible One, opted for the Samsung Galaxy S II.

Side note:  So I got my brand new shiny phone, and I’m going through all of the settings, functions and apps.  I call myself, to hear what the voicemail sounds like.  Guess what?  It’s in Spanish!  When I call into voicemail to listen, I hear:

Crap!  I have no idea what the lady is saying?  So when I received my first real voicemail, I dialed, and hoped that she would jump straight to the message, otherwise all my voicemails would be going into a big black hole.  I’ve since figured out how to enable English as my voicemail.  I actually understand her now, and she has a cute English accent to boot.

For most of the international calling, we’ve been using Skype.  It’s been extremely handy.  It’s possible to do Skype-to-Skype video and voice calls for free.  Calling a regular number in the U.S. is dirt-cheap!  It’s under 3¢ (that’s U.S. cents) per minute.  Skype also makes it easy to recharge.

This one was huge!  We rented a mobile device which acts as a hotspot from TEP Wireless.  It was a bit on the slow side, and we didn’t get great throughput, but it was a serious lifesaver!  Without it, Heidi would not have been able to do all the research for cars, hotels, and most importantly, a place to live.
Once we had an official residence, we were able to get a dedicated internet connection.  As with the mobile phones, getting the right service was a tough choice.  I heard horror stories about some providers, so I was a bit leery.  Also, the infrastructure here in Almuñécar is not exactly brand new, so I figured we would get a slow connection for an expensive price.
Luckily, we were pointed to a local outfit who provides assistance in getting setup with an internet connection.  I’m glad we did it this way because different companies use different “addressing mechanisms”.  Unlike in the U.S., 123 Main Street means just that.  The companies here use their own naming/addressing schemes that can make getting hooked-up difficult.  I looked at the “address” that was assigned to our request, and it looked nothing like a typical street address.  We’re getting roughly 6-10Mbps download speed, which is much faster than I thought, and it appears to be fairly reliable.  At night, the  download speed seems to slow down a bit, but that was to be expected.

This one was less obvious, but we reached a point that we needed to be able to print stuff (legal docs, homework, etc.).  My biggest concern was that it would work with Windows and Mac, so we purchased an inexpensive Epson all-in-one (printer / scanner / copier), and it’s been very handy.

For all of you parents out there, you’ll appreciate this.  Having supported some sort of hardware or software for the better part of 25 years, I’ve learned that fixing problems remotely can be very handy.  It’s much easier, and less frustrating to be able to remotely fix a problem.  I installed such software on the kids’ machines as they’re the ones who have the most questions/problems when it comes to computing.  It also allows me to check that the kids are doing their homework, and not getting into things that they shouldn’t.

On one night, one of the kids would not put their laptop away.  I can’t remember which kid was causing the trouble (OK, I do remember), but rather than just taking away the computer, I decided to make a point.  In this case the point was this:

I am the Computer Deity in this household, and don’t you forget it!

So the child in question would not cease their computer activities.  So what did I do?  I remotely logged into their computer and shut it down.  End of story.  Do not pass Go.  Do not collect $200.  Thank you for playing.

The look of amazement and awe was priceless!

4 thoughts on “Traveling with Electronics”