Quick, what images does the word “Stonehenge” conjure in your head?  Druids?  Alien technology?  Human sacrifice?  That experts are not exactly sure how or why Stonehenge was created, and that adds to the mystery of the site.

While we were staying at the house sit in England, we had seen a number of fantastic things during our various excursions.  Cities, architecture, and artwork that was very old (by U.S. standards).  But while we were there, I figured we should take the kids to see something really old.  Yep…Stonehenge.

Heidi and I had taken several visitors there when we lived in England, and figured it would be a good Day Trip type of activity.  It was about a 90 minute drive, so it wasn’t too bad.  It’s a very popular tourist destination, so I braced myself for huge crowds.  The good news is that there weren’t as many people as I was expecting.  The bad news is that it was cold, and very windy. 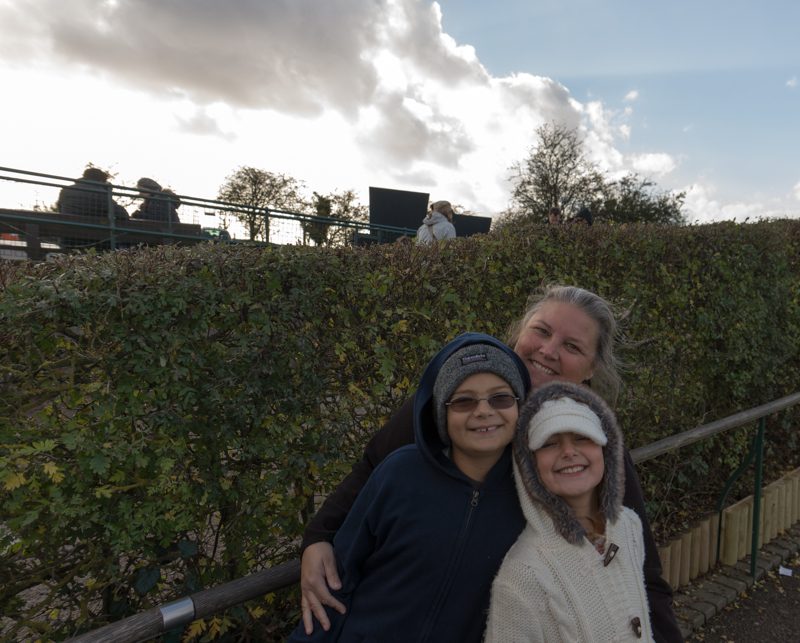 For those who don’t know, the site of Stonehenge has been used for thousands of years.  Scientists have found evidence dating back to 7000 B.C.  That’s thousands of years before the current stones were even erected.  The stones as we see them today are thought to have been erected around 2400 B.C.

There are two main stone types.  The “bluestones“, which come from the Preseli mountains in Wales (about 240 miles away!) are approximately 4 tons.  The other type are the Sarsen stones, and these were brought from a location about 25 miles north of Stonehenge, the largest of which weighs in at a whopping 50 tons!  Given the technology at the time, these Sarsen stones must have taken a land-based route using hundreds of men with ropes and sledges. 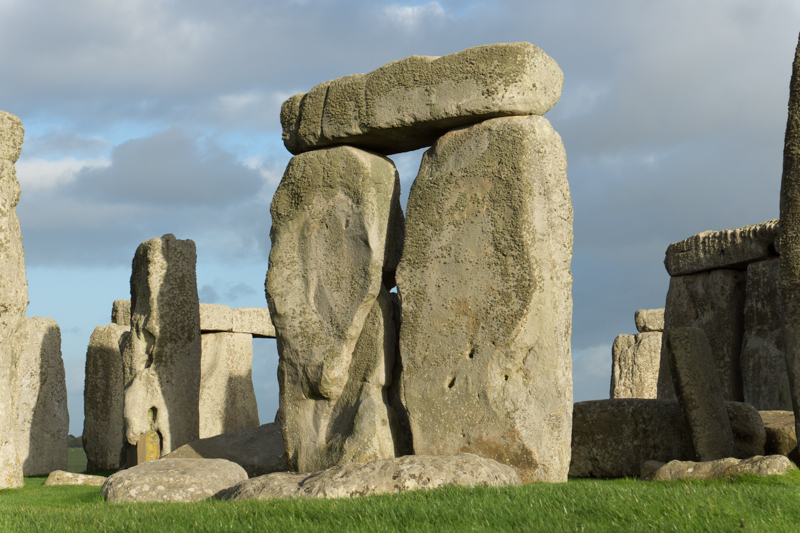 Once we got there, we paid for our tickets (about 20 British Pounds for the family), and we got these super cool headsets that hang around the neck.  The audio tour is included in the price, and it goes a long way in explaining many aspects of the site.  Heidi’s not on her phone, but listening to the audio tour.  If you look real close, you can see Lars and Anya way in the background. 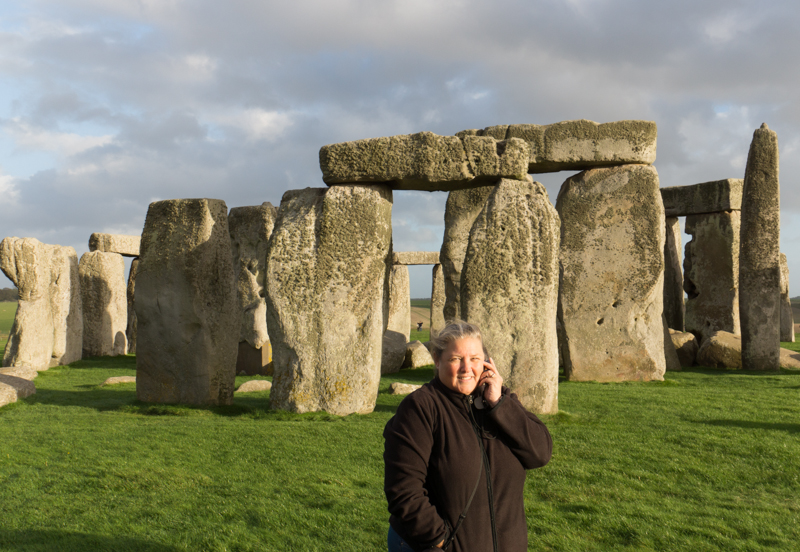 As we were making our way around Stonehenge, we learned about the history, technology, and the many myths that have been told about the site.  It is truly amazing that the site was built over thousands of years, and it’s another World Heritage Site that we can cross off our list. 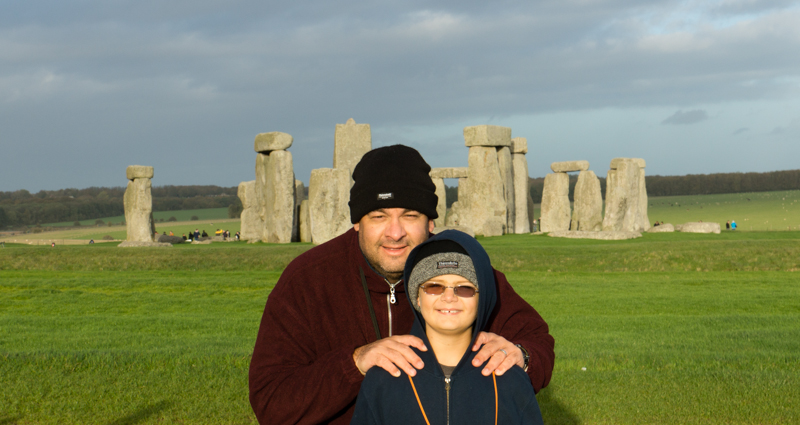 About 90% of the way through, it was really starting to get windy and cold, and it looked like it was going to rain, so we started to move a bit faster.  Sure enough, right after I took this picture of Anya, it started to sprinkle, and that was our clue to end the tour. 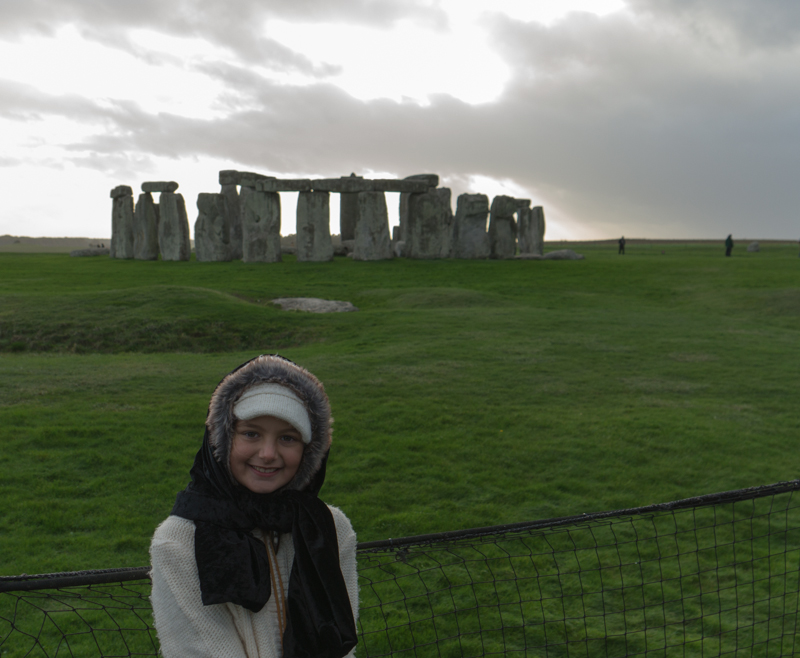 Luckily we missed the downpour, and were able to see the entire site without rushing.  It was a nice trip, and the kids got to see something that’s special to England.  Another great memory made!

Side Note by Lars:  It was awesome.  I liked that it was extremely old, and the stones are in their original spot.  The size of the stones is very cool.  It’s kind of in the middle of nowhere when they made, although there are roads around it now.  I would recommend this to anyone.  It was a really good day trip.  I also liked the information they gave you on the little phone things.