In our travels, we have met some truly fantastic people.  It’s so refreshing to meet people who share the same passion for travel.  And the whole “friend of a friend” thing makes this huge world a little bit smaller. 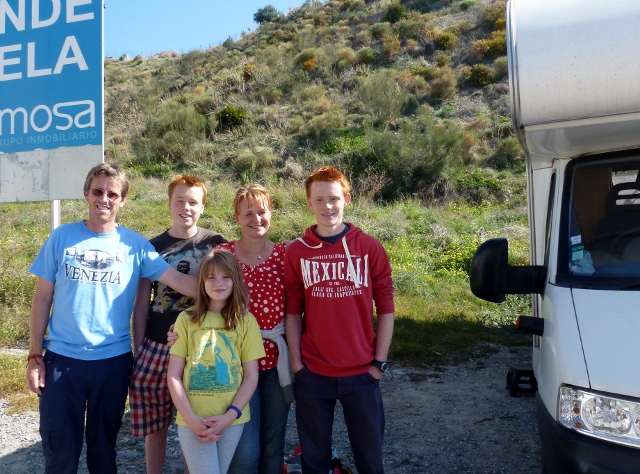 So who am I referring?  The Taylor family!  They have a website called…hold on…it’s a mouthful <big inhale of breath>:

A Year in a Camper Van with Two Teanagers Snow White and a Lab!

<Big exhale>  I told you that was a mouthful!

We actually met four-fifths of the Taylor family when we were in Essaouira Morocco.  We were introduced by a mutual friend Emily Rauch (OliverTheWorld).  We met for coffee and ice cream one evening by the ocean, and met Jen (Mom), Matt, and Katie.  Luckily our kids became friends right off the bat, with the girls playing hide-and-seek with the boys.  We only spent a couple of hours with them, and they were so down to earth.  I briefly met Adam (the eldest son), but didn’t get a chance to meet with Neil (Dad).

That was just a couple of months ago, but lo and behold, they were driving their RV through our neck of the woods, and wanted to meet up.  Immediately, Anya was very excited as she’s usually playing rough and tumble with the boys.  So she was looking forward to having some quality Girl Time. 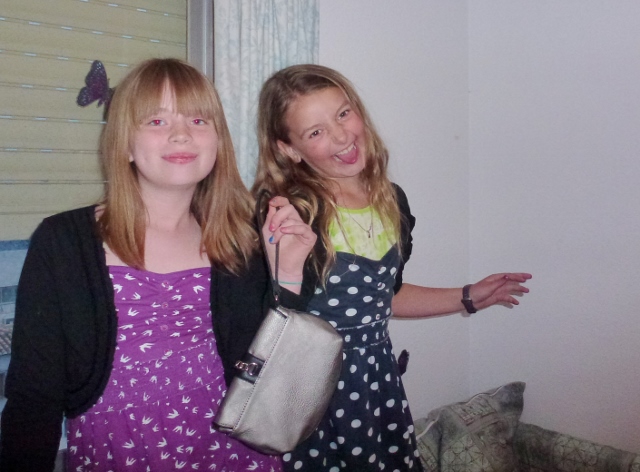 We met them at a local ice cream shop, and once again, the boys were off.  Either they were kicking the soccer ball on the beach, or playing hide-and-seek with the girls.  Once the entire family showed up, we finally got to meet Neil, and all of the Wagoners met all of the Taylors.  As they were driving their RV, they needed a good place to park.  We discussed the parking opportunities near the kids’ school, or right next to the beach in Cotobro (right around the corner from us), but Heidi and Jen determined that they could park right down the hill from our apartment.  How convenient!

Once their home was parked, we showed them our place and our awesome view, and they confirmed that yes, it’s awesome!  A few glasses of wine, and all of the adults were enjoying the sight and sounds of the sea, while the kids were doing whatever it was they were doing.  I should say that the Taylors are a Scottish family (I just love that accent!), that normally live in France, but are on a 1 year RV adventure.  Their kids are fluent in French, so there is a lot of similarity to what we’re trying to do with Lars and Anya here in Spain. 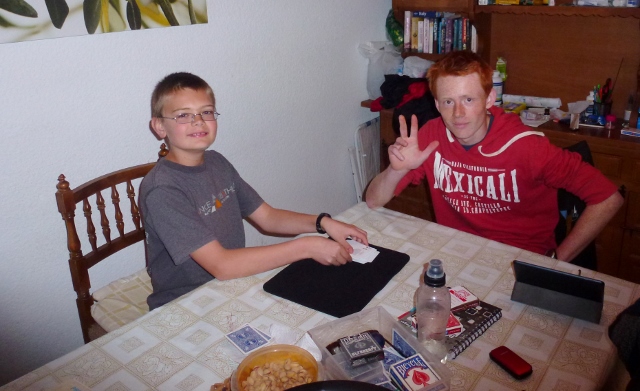 I really enjoyed bonding with Neil.  He has a great sense of humor.  His kids don’t appreciate it as much as I do, and they just roll their eyes when he comes up with his frequent witticisms, or wordplay.  So between the repartee I was having with Neil, I was also having techie discussions with Matt or Adam.  The women were talking travel or education, and the girls were playing with dolls, and doing girly stuff.  All was right in our little corner of the world!

Once we all started to get a bit hungry, I put on a store bought pizza, but since we had so many mouths to feed, Neil decided on making some pizza from scratch.  As a former baker, my man Neil makes a mean pizza.  I was surprised that I liked tuna fish pizza.

Once we were fed, Adam started doing some magic tricks for all of us.  And they were all excellent.  I still don’t know how he did a few of them.  It’s like he was reading my mind!  Lars absolutely went nuts over the magic, and just had to learn some sleight of hand.  Luckily Adam was a great teacher, and taught Lars some good tricks.  By the time I looked at my watch, it was 11PM!  It didn’t seem that late because we had been having so much fun. 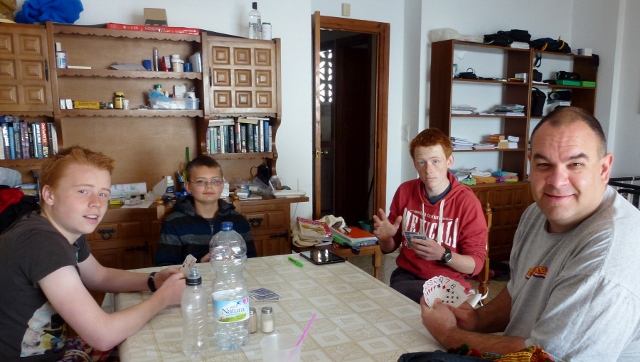 We spent the entire next day together, and the kids wanted to skip school just to hang out, but we couldn’t let that happen.  It would set a bad precedent.  For lunch we had a big Mexican feast that Heidi prepared, and Matt was the pancake making machine for dinner.  Lars wanted to learn more magic from Adam, and everyone was having a blast…again to 11PM.  Whoops!

The next morning they were off to continue their journey through Spain.  The entire Wagoner clan walked the Taylors down to their camper, took a few silly pictures, and said our goodbyes.  We were not 20 feet from the camper when Lars and Anya asked, “When can we see them again?” 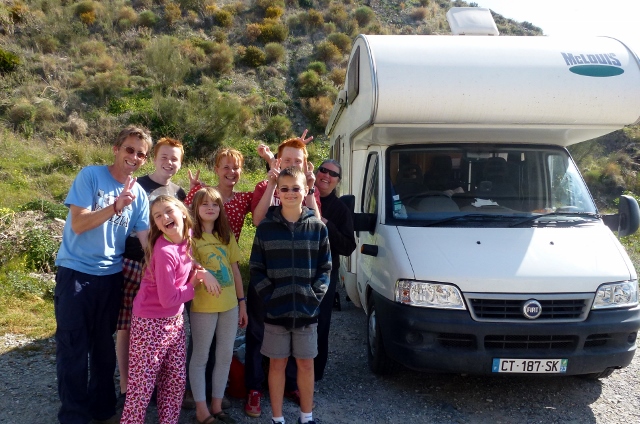 It was a really enjoyable couple of days for us.  We got to share a lot of our plans about what we want to do, and where we want to go, and I’m very pleased we were able to connect with such a great family.  A big shout out to our newest traveling friends! 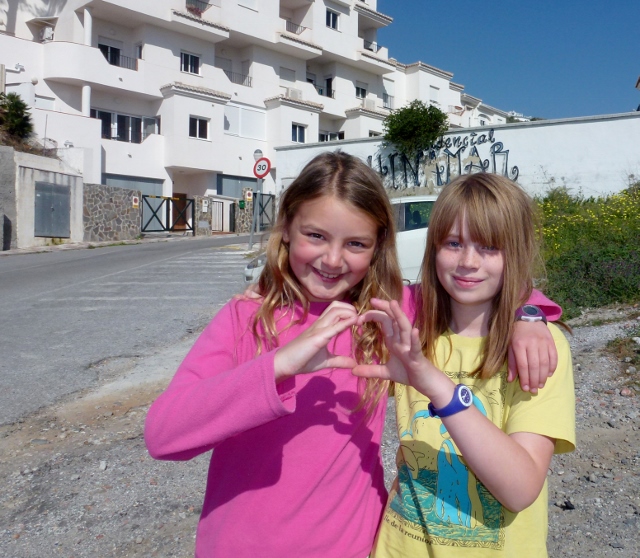