Our visibility continues to increase.  We’ve done so many articles on what it’s like to live here in idyllic Almuñécar that we became noticed by local officials in the Ayuntamiento (the equivalent of a Town Hall).  Apparently the wife of the Town Planner found our site through a friend.  She told her husband, and he brought it up to the Equipo de Gobierno (Government Team). 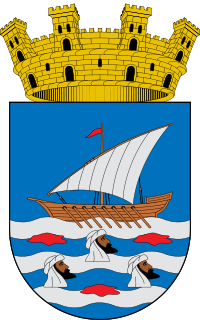 A vote was held, and the local Alcadesa (Mayor) has agreed to make today the Dia del Wagoner, and I will get to be Mayor for the Day.  How cool is that!?  The current Mayor (Ms. Trinidad Herrera Lorente), will show me the ropes, and generally be available to make sure I don’t make an ass out of myself.  (Good luck with that!).

One of the things that’s a bit different here is that not only does the role of Alcaldeso include administerial duties, but judicial ones as well.  This means reviewing some of the local court’s legal cases.  The most publicized case has centered around a tourist who has been unlocking shopping carts at the local stores.  It’s had the community a bit up in arms with citizens complaining that requiring coins to use the carts is unfair and discriminatory to the coinless.  While the business owners say the coins are necessary to fight theft and communism.  While it’s unlikely that I would get to participate in such a high profile case, I hope I’m able to “listen in“.

I am really looking forward to this as it will give me a better insight into Spanish politics.  And, of course, I’ll do a write-up of the entire experience.  Stay tuned!

By the way.  For those not familiar with the importance of today’s date in the U.S. ,and other parts of the world…April Fool’s!  Happy April Fools Day.