I have to admit I have been a little gun-shy over the past several months with writing for the blog.  Yes, we have been doing some here and there, but nowhere near how we used to keep you up to date.  Recently I have been reflecting on a few things and I’ve been amazed at the self discovery and thoughts. 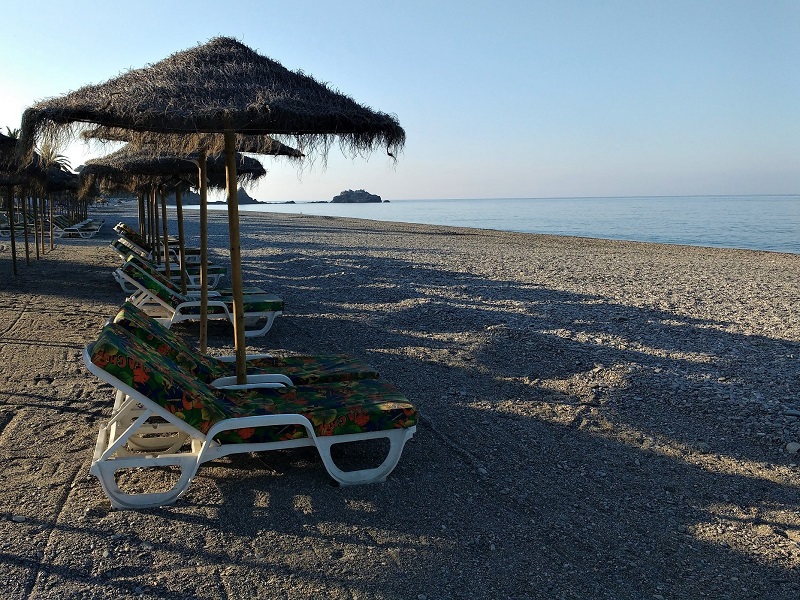 We moved to our small town of Almuñécar 5 years ago this August.  After living in town for several months, we met our neighbors and were making friends with the other parents at school.  Slowly we were immersing ourselves and feeling comfortable with our surroundings and new culture.  We did stick out like a sore thumb, always wearing shorts and being tall Americans.  We were finding our groove and a way to belong, remember Alan writing about fitting into our new culture?

One day at school drop off, one of the other mom’s approached us and said there was another American couple in town and they would love to connect with us.  We met up with this couple and are now great friends.  For a couple of years, our two families were tagged as the Americans.  Yes, there were a couple of others in town for 30+ years, but it was a rare sighting. 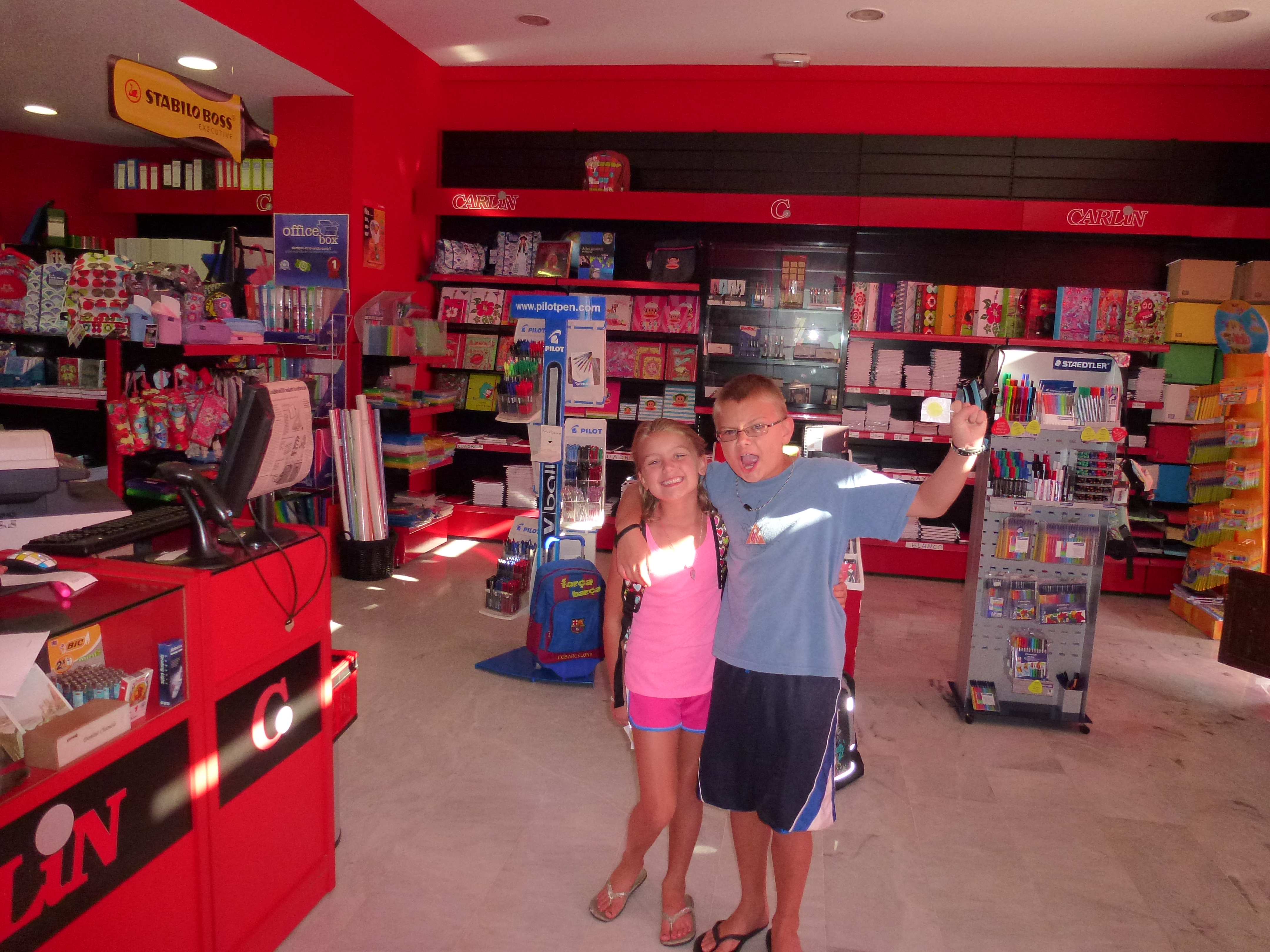 Now here we are in our town and on the surface it all feels the same, but little by little it is changing.  For the past few years, more Americans have been arriving to the area, many of whom have read our blog and others that likely haven’t.  We know of more than 25 families and there are at least 7 more arriving this year.  Some come and go for just a year and others are here for the long haul.  There seems to be two camps of people arriving, families with children and retirees.

On the surface it isn’t really noticeable, but then walking down the street or in the grocery store, I can spot the accent.  Some friends of ours in town asked “Where did all of these Americans come from?”, so you can tell it was a rare sighting before.  I don’t want to say we are to thank or to blame for the influx, but I do know we have had some level of influence.  It is just about monthly we meet up with blog readers in town on their scoping trip to move, or stopping by to meet us as they visit Spain. 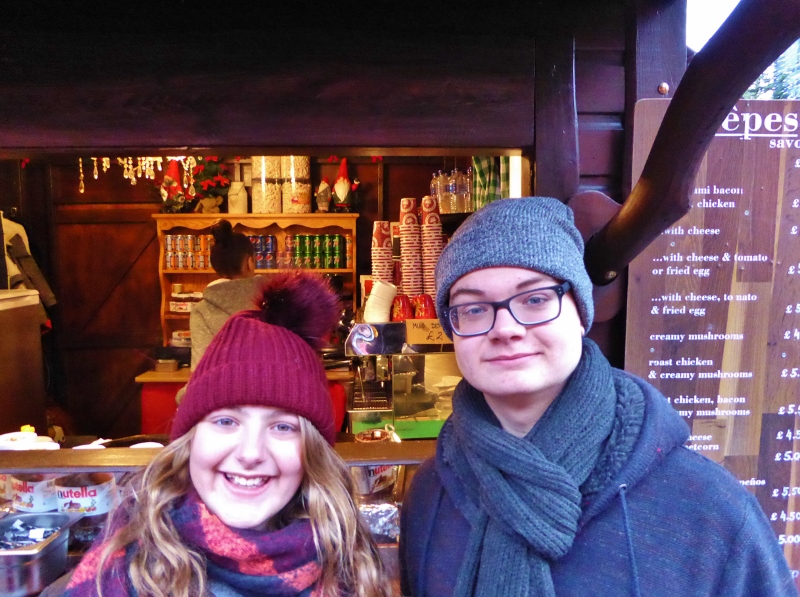 Okay so what the heck does any of this have to do with the topic?

Well, I’ve noticed over the past year or so little snippets of my shy teen self have been popping out.  We have been invited to several social events and just before going and at times while there, I feel I am the shy girl I was 30+ years ago.  I thought I got rid of her in college, but she is slowly making herself known again.  At the same time, I find I have been less inspired to write and share our thoughts, feelings and experiences.  So it was time to dig deep and figure out why.

After pondering for some time, I have realized it is all related to having more of our blog readers in town.  There is nothing wrong with this and I am not saying I don’t like it, so hopefully I’m not offending anyone.  I really have no idea who reads our blog and who doesn’t.  For the past 5 years, I had a free pass to write whatever I want and it would go off into the neverland of the internet.  People would comment, people would stop by town for a coffee to meet us, but things started changing when we were living amongst our readers.

I realized that I have been a little gun-shy with my writing because I am afraid to be judged, as in general Americans can be quite judgemental.  I have hesitated writing about things, because someone else may have had a completely different experience and be vocal about it.  It was all once again bringing me back to high school, where I wouldn’t voice my opinion because someone might disagree.  UGH!  So I have pondered, thought and decided I just need to do it, as this is all in my head.

Not one person has actually been judgemental or said anything to me, it is stuff I am just making up in my mind.  It is time for me to get over it and get back to my old self again!  I do have fear of people reading and then bumping into them on the street and chatting about it, but I am just going to see what happens.  I can’t let my own thoughts hold me back.  If I write about my experience and it differs from another’s, then so be it.

Another Cobweb In The Closet

So as I have been working through trying to figure out my lack of writing and the appearance of my shy self, I have also spotted a few other cobwebs in the closet.  The other day I was putting on my shoes (tennis shoes, sneakers, whatever you want to call them) and my yankz laces disintegrated and split in two.  My initial reaction was “oh no, I love my yankz!”, then it hit me how long I have been hanging on to these shoes.


I bought this pair of shoes and the yankz exactly 8 years ago in May 2009.  Yes, I know I like to use things until they die!  I had my Suzuki Samurai for over 20 years, so I am not the type of person to go out and buy the latest model of anything.  Anyway, not only are the laces just about gone, but the interior of the shoe is completely worn out and the list goes on.  Why haven’t I purchased new shoes?  Because they are comfy and I love them!  Because I hate spending money on such things.  Because…

Then upon further thought, I realized these shoes mean far more to me than just a pair of shoes.

I bought these shoes when I was training for my first triathlon.  I decided to do this triathlon following several months of personal loss in our family.  Our first furry child and best buddy Baker had passed the previous December 2008.  He was only 6 years old and lost his battle with cancer.  The following February we lost our dear Poppy (grandpa in NY).  And as all bad things come in three, that May I lost my father (Papoo) too.

Each and every one of these was a deep impact to our family and we miss them all terribly.  One of the ways I personally dealt with all of this loss was through training for the triathlon.  I am not really sure if I was dealing with it or just keeping myself busy, but either way that is what I did for several months.  I bought this pair of shoes, the most expensive pair I have every purchased in my life (about $100). 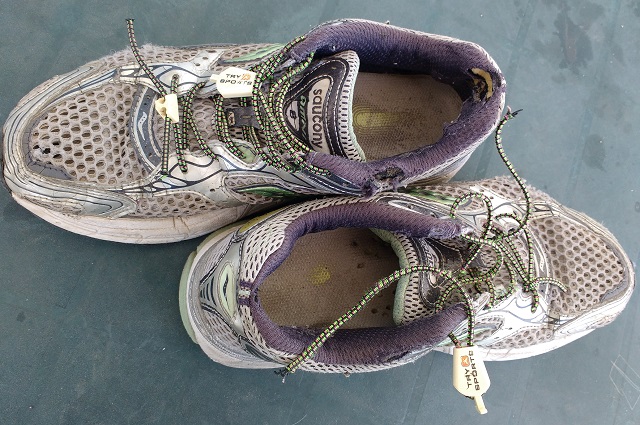 I think I have been hanging on to these shoes all of this time, even though they are falling apart, because it helps me hang on to those we’ve lost.  It also makes me proud to have completed a triathlon!

I am not usually one to hoard things and hang onto stuff for sentimental reasons, as we have learned how to let all of the “things” go.  But it hit me the other day, that I was actually hanging on to these shoes.  The entire family has asked many times in the past few years “When are you going to get rid of those shoes?”.  Well, I think it finally hit me and it all makes sense.

It is time to move on, it is time to let go, it is time to go buy a new pair of shoes!  It doesn’t mean I don’t love those whom we’ve lost, it just means I shouldn’t associate my shoes with them.  I will always have the fond memories, special moments and feelings tucked inside of me.

Why Now, Why Today?

I woke up this morning and walked upstairs, to find Lars out on the terrace meditating as the sun rose.  Many thoughts raced through my head about how proud I am of him and how he is so disciplined.  All on his own he seeks self-improvement, self-reflection and keeping a balanced and healthy life.  Yes, we may have had some influence with exposing him to these things, but all on his own he takes the tools we have provided and works with them.  He learned to meditate while traveling in Thailand a couple of years ago.  I had no idea he still put it into practice.  I decided today was the day to let my son inspire me, to move on and let go.  Thus I write.

Okay time for you to share, what crazy thoughts are in your head?  What do you hang on to?

6 thoughts on “A Little Gun-Shy and Letting Go!”