I must be fixated on food as of late, because that’s what my last few posts have been about.  We were exploring the nearby town of Torre Del Mar, and decided to have a bite to eat.  As soon as we walked in the place, the kids were all excited.

The reason for their excitement is the restaurant had a mini ice cream setup with 15 or so flavors.  We hadn’t even ordered our food yet, and the kids are already talking about all of the flavors they’re going to choose, and the number of scoops they will order.

Now I love a cone, just as much as the next guy, but I’ll admit that I was pleasantly surprised.  So when you think of an ice cream cone, what do you think about?  Sugar cone with the paper wrapped around the bottom?  Me too.

Side Note:  Do you want to really turn heads the next time you have ice cream on a sugar cone?  If so, order a single scoop (I’ll let you pick the flavor) on a sugar cone, with an extra sugar cone.  Now the cool thing about this is that a lot of the time, the person ringing you up doesn’t know how to charge for just a cone.  More often than not, I usually get the cone for free.  I like sugar cones, so it works out well.  When you get your ice cream and extra cone, just put the extra cone on top, like so: 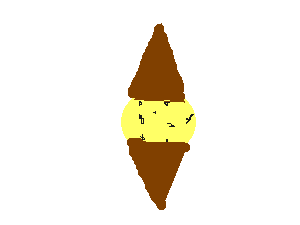 Now just use both hands, stick your tongue out, and roll the cones.  Voilà!  No mess, you get an extra cone, and you get to mess with peoples’ heads.

Now where was I?  Oh, yeah…I was expecting this: 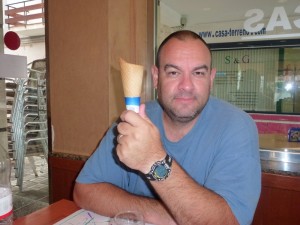 But I was greatly pleased when I got this: 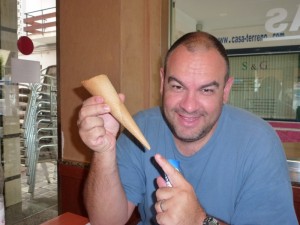 The cone was long.  Very long!  So Spanish Cone Technology is alive and well, and I would say surpasses it’s U.S. counterpart.  ¡Viva la España!

Here’s what the kids think… 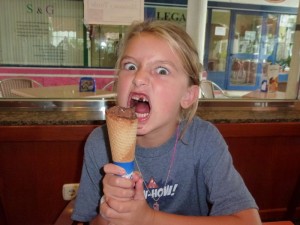 Eating With A Passion 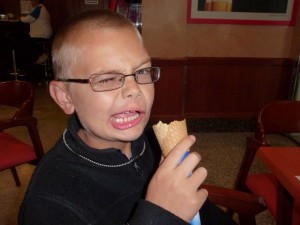 Are you wanting an ice cream now?  Just wait… there is more.   Read this Salute to Ice Cream.

3 thoughts on “I Scream, You Scream”