If there is one thing that we’ve learned from living in Spain for 16 months, it’s that the Spanish love to celebrate.  It seems the smallest of occasions are reason to celebrate, as well as the standard world-wide events such as New Year’s Eve.  And when there is a celebration in Spain, it’s usually coupled with plenty of fireworks.  The best fireworks we have ever seen were here in Almuñécar last August, celebrating Fiesta de la Virgen de la Antigua.  A full 25 minutes of professional, crazy sparks with music and amazing effects.  We took a video and cut it down to about 8 minutes, which happens to be one of our most popular videos on our YouTube Channel. 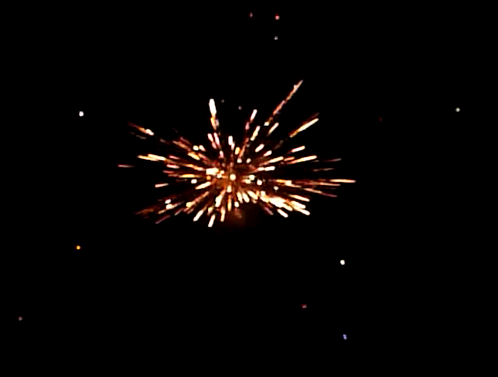 Back in North Carolina not many fireworks were allowed to be purchased or set off by the general public.  This was understandable due to the threat of potential fire, as well as It being hazardous to the handler if something went wrong.  If you wanted “good” (illegal) fireworks, you would need to do a border run into South Carolina where the restrictions weren’t as rigid.  I’m not saying we did that, but we did have some “good” fireworks now and again.

Here in Spain, they sell all types of fireworks.  There don’t seem to be any restrictions with the types of fireworks available for purchase or to whom they will allow to set off fireworks.  It is not uncommon to see small children running around setting off firecrackers and fireworks.  If you remember our New Year’s Eve last year, we found this to be true at 1 in the morning.

We searched around and discovered there is a firework manufacturer right here in Costa Tropical.  We have reached out to see if we can get a tour of their facilities, so we will keep you posted.

So as you can imagine New Year’s Eve 2013 did not disappoint.  We decided to have a low-key NYE this year and stay home.  We have the best view of the town and the sea right from our terrace, so we knew we would see all of the fireworks around town.  So at the stroke of midnight it was out on the terrace as we gobbled up our 12 grapes and watched the fireworks.  It was spectacular and they were shooting off all over town and from the beach out over the sea.

12 grapes on New Years Eve –  In Spain and many Latin American countries, eating 12 grapes at midnight ensures good luck and health in every month of the new year. The trick is to stuff in one grape for each strike the clock makes, so they sell small grapes already pre counted too. 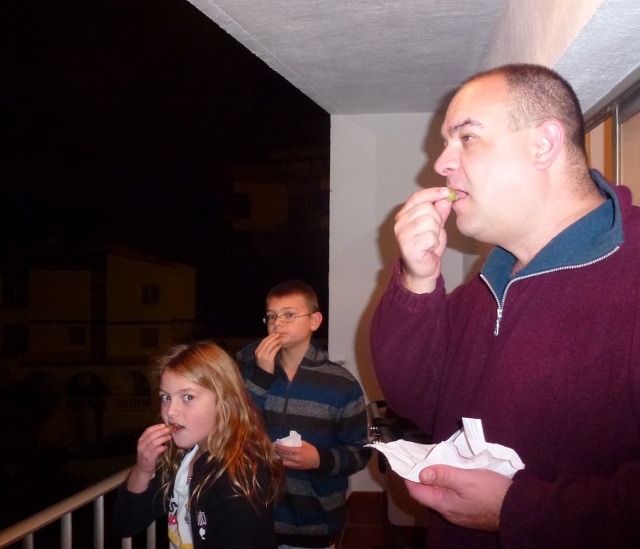 Our place is situated on the side of a barranco (ravine) with terraced homes all around.  From our terrace facing the sea, we could hear extremely loud and frequent BOOMS coming from further back in the barranco.  So we had to go out front to check it out.  We were thrilled with what we found at the end of our street.  The family in the last home had quite the fireworks shooting off from their terrace.  Along with the adults playing with fireworks, we again notice small children lighting off firecrackers unsupervised.  To me this is frightful, but it seems to be the norm around town.

Lars captured a little video to share the moment with you.

The following is my assumption only, so if it turns out I am wrong I will update.

Throughout New Year’s Day we continued to hear fireworks sound off all around.  This of course continued into the evening as well.  The kids were playing outside riding bikes with their friends, and about 6:40 pm, Anya came running into the house yelling:

She let us know the hillside near our apartment was on fire.  We watched from our terrace.  Luckily it wasn’t a very windy night, but there was a slight breeze  blowing away from our home. 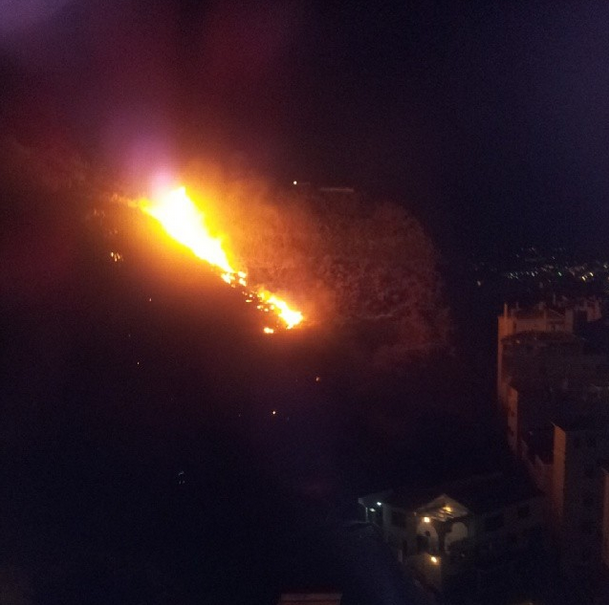 It took a bit for the Bomberos (Firemen) to arrive and when they did it wasn’t too impressive.  It looked more like someone was trying to fight the fire with a garden hose.  The breeze was blowing the flames up the hill and they were fighting it from the bottom.  I guess it is easy to criticize when we are safely away from the fire and not right in it.  In the end, they did move to the top of the hill and put out the fire.  I assume kids were playing with fireworks near the hillside covered in dry brush, but this is not fact at this time.

Here is a little video of the New Years Day (evening) fire in Almuñécar.