It can be a tough position being a parent.  As a parent, your first instinct is to protect your child.  Protect them from themselves, protect them from others, and protect them from the realities of how the world actually works.  There are those times when it’s necessary to let them fail; when the consequences of failure means a scraped knee, or ever-so-slightly bruised emotions.  It’s under the guise of control, but letting go is tough.

That’s the position I’m in.  Let me back up a bit.  When Lars was brand-spanking new to Heidi and I, we protected him from everything.  He was always a pretty agreeable kid.  When he was four months-old, I can remember exactly where we were when he pulled himself up using my fingers.  I remember my joy at his accomplishment, and I remember the look on his face, like he knew he just did something special.  That look was something like this: 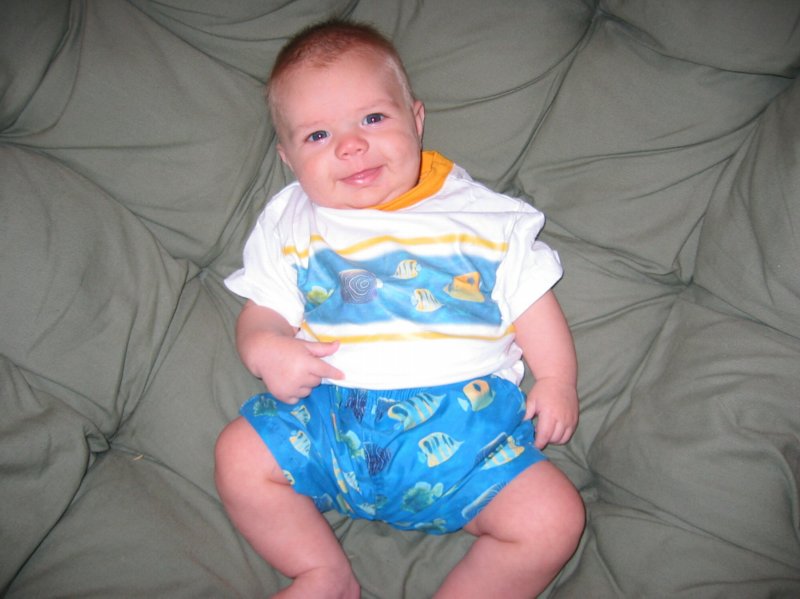 Fast forward about 15 years, and he now looks like this: 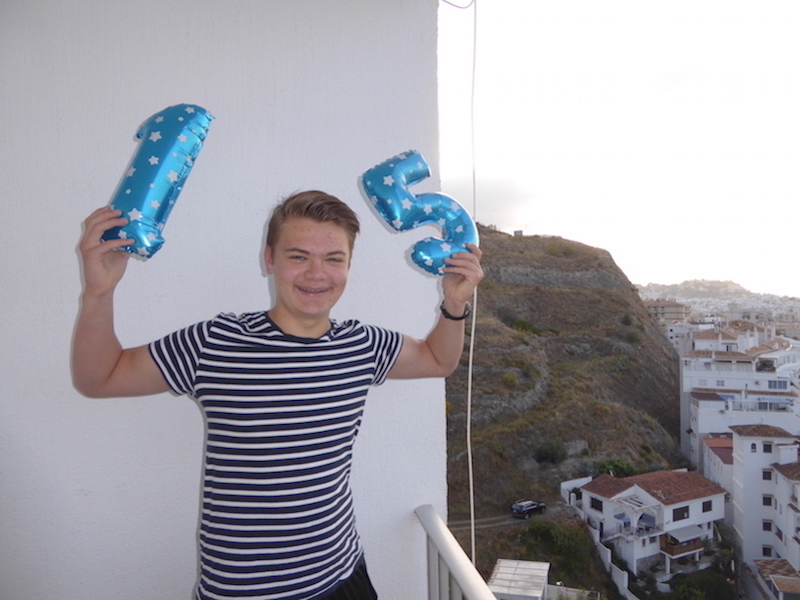 He’s tall and strong, and getting stronger.  I know because when I try to wrestle with him, it’s getting more and more difficult to “win”.  He’s still an agreeable guy, but he’s also very thoughtful.  He’s a thinker, and he’s a lot more mature than other kids his age.

So when he asked if he could volunteer at Diverbo – Pueblo Inglés again, I was like, “Sure!  No problem!”  And then the next question hits, and it hits hard:

“Can I travel alone to Madrid?”

Parent-Mode Enabled: “Uhhh…no”  Right off the bat I can tell he’s exasperated, but he knows Heidi and I well enough that he goes into Reasoning-Mode.  Like I said…he’s a thinker.  He starts off with a killer argument:

“It will be cheaper if I go by myself.”

Ohhh…Pulling out the old, “Financial Responsibility Trick“.  Very clever my young Padawan**, very clever.  Now while he’s rattling off more reasons, I zone out, and start thinking about math.  Specifically statistics and probability:

In a given scenario, is Lars careless and irresponsible?  I can say the p-value is less than 0.001.  (That’s a good thing for you non-math folks).

What is the probability Lars will get into trouble?  With Lars as a the single variable, it’s a low value.  Lars is his own person: he’s not a follower, so I’m not overly worried about someone else’s negative influence.

I’m out of my little math reverie, and he’s in Plead-Mode.  He doesn’t want us to go with him.  I’ll be honest, that one stings a bit, but he’s right.  At his age, being around parents is “Such a drag, Dude!” (that’s my 80’s vernacular creeping in).  He’s shown us over and over that he’s a responsible person who follows The Rules.  Am I worried?  Absolutely.  All of those typical parental questions come to the fore:

The answer is:  he’ll need to figure it out.  Even if the answer is that he calls us, or gets a message to us somehow, that’s OK.  As a parent, you try to mitigate risk.  Whether it’s making a kid wear a helmet when cycling, or keeping an extra 20 hidden in the wallet for emergencies, it’s all about trying to protect them.  Since we’ve been traveling, both kids are pretty wise when it comes to the Dos & Don’ts of being a successful traveller.

We’ve done our best to provide them with the tools, insight, and street smarts needed to be independent travelers.  They have navigated us from point A to point B, in airports, cities, and countries around the globe, via all types of transportation.  We hand them the map of the public transport system and say we are Here and we need to get There, and let them lead the way.

So while my initial answer was, “Uhhh…no”, he’s convinced me, and I’ve convinced myself, that yes he can travel alone to Madrid.  We’ve reached another milestone, and it’s scary one.  He is to be met at the train station, and it’s only a 3-hour trip, but it’s still a bit nerve-wracking thought.

What about you?  Do you think we’re crazy for letting go to Madrid by himself?  Comment below.

8 thoughts on “Give Them Wings And They Are Off! Lars Goes To Madrid”