Okay, so we aren’t getting married ‘cause we already are!  However, if you want to get married in Rome or would like to see others get married by the minute, then we can tell you where to go!  I am still catching up on things to share with you from our 6 week European Road Trip.  We have so much to share, but it takes loads of time to weed through all of the photos. 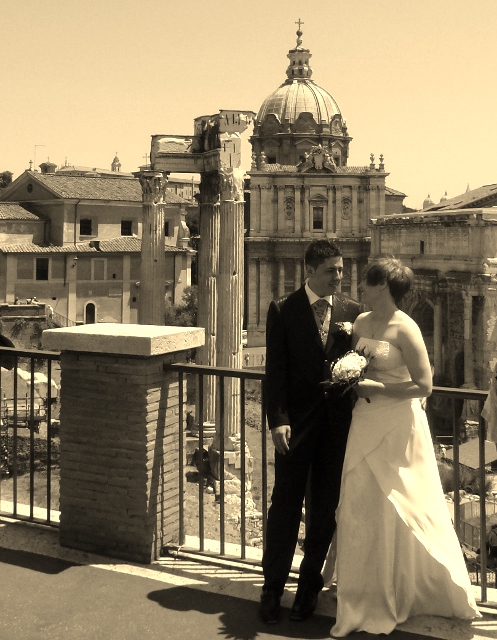 We were exploring Rome and climbed up the back side of Capitoline Hill, only to find brides and grooms everywhere!  We couldn’t figure out what was going on and why so many people getting married?  Once we reached the top of the hill, we found a stunning plaza, flanked by 2 palaces.  It looked like they were also in the process of setting up a stage for some sort of event. 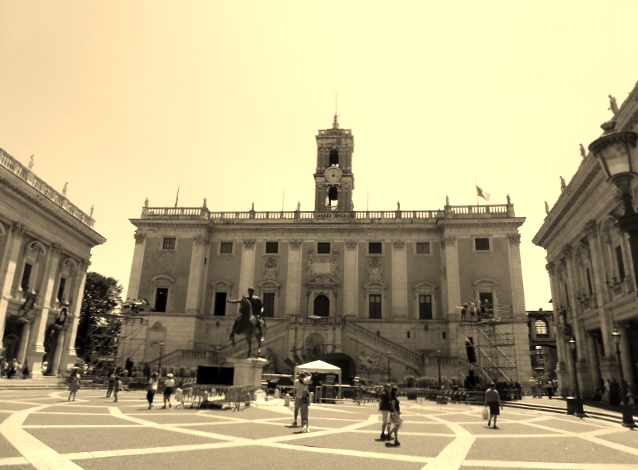 The Capitoline Hill is apparently the smallest and most important of the seven hills of Ancient Rome. This is the political and religious heart of Rome and the hill became a symbol of Rome’s reign as Caput Mundi, capital of the world.  As it turns out, this is also a hot spot for weddings on Saturday and Sunday.

Time to get married in the Palace of Campidoglio in Rome

We had a sneak peek in the Palace of Campidoglio, one of the 2 palaces atop the hill.  The very classy marriage hall, located close to the Colosseum and Roman Forum, has spectacular views. 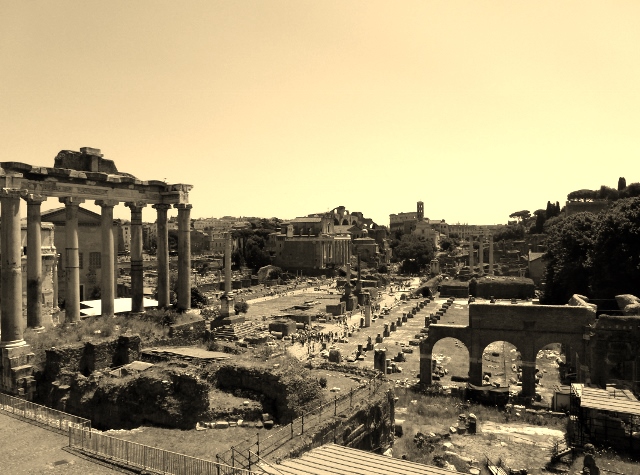 The main entry is reached by the grand flight of steps known as the “Cordonata”, built to a design by Michelangelo especially for the triumphal entry of the Emperor Charles V in 1536.

The interior of the Palace of Campidoglio wedding room looks very formal, with rich red carpet to enter the room.   We didn’t go inside as a service was in process. It seems this is the place for a lower cost, civil wedding.  What a fantastic place to be married!

It seems you can get married very quickly and out you come to a crowd cheering for you.  We were there for 30 or 40 minutes and cheered on several newlyweds. 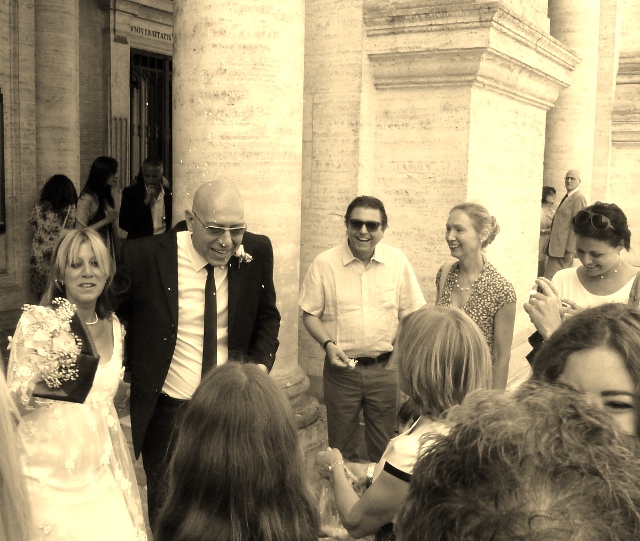 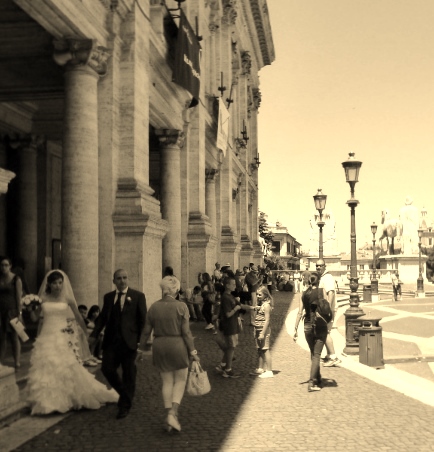 I wouldn’t want to do this flight of stairs in high heels, but this lady didn’t seem to bat an eye, with her 4-inch pumps.  The steps you see pictured below are only showing about half of them.  It is a bit of a trek up and down. 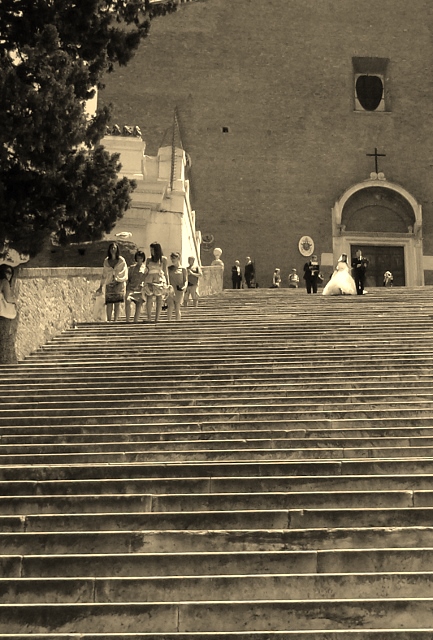 We also happened upon a very cool getaway car.  It was adorable! 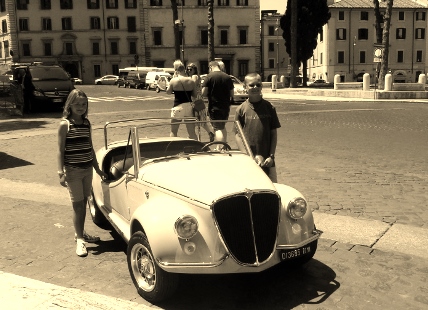 It was a day full of magic and celebration for all involved.  We continued on our exploration of the Forum and the Colosseum, but enjoyed stopping to smell the roses of bridal bouquets.