After reading that title, I’m sure all of the aunts, grandmas, and friends and family are scrambling to figure out what happened.  Everything is OK.  Anya is fine.  Lars is fine.  I’m fine.  Heidi is a bit freaked out, but she’s OK. 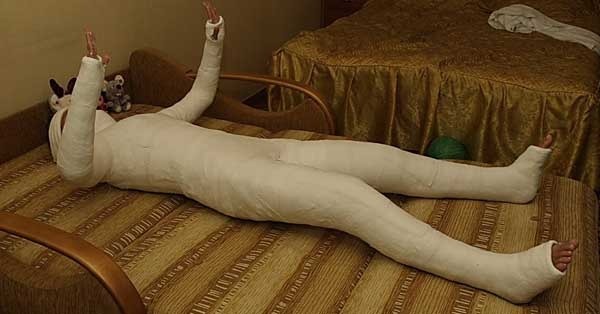 Here’s what happened.  In Thailand, there are lizards everywhere.  They really come out at night.  These “house geckos” as they’re called, are really harmless, unless you’re an insect.  And occasionally, we get them in the house.  As I’m the sole tall person, and the only man, I get tasked with collecting them when they go somewhere where they’re not supposed to go.  You know, the kitchen, bathroom, bedrooms, and above the TV. 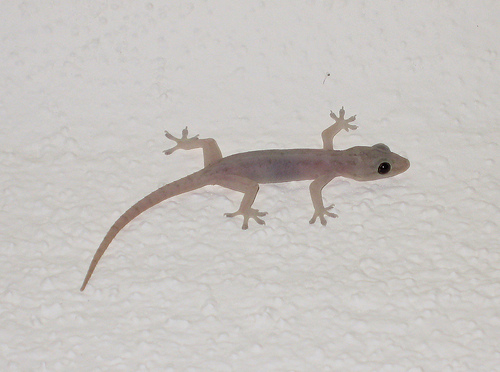 We went out to try some Burmese food, and when we came back, I turned on the light, and found a gecko on the kitchen floor.  They’re normally on walls, so this guy must not have been one of the smarter lizards.  I was tasked with getting the guy, and Anya was adamant about me not hurting him.  With the spiders, bugs, and lizards, I do my best to not hurt the critters since she’s fond of animals.  Sometimes in order to catch the beast, it becomes necessary to squeeze them.  Some handle the squeezing better than others.

I asked Heidi for a plastic bag, and was trying to wrangle the little guy around the floor.  These lizards are very fast, and he ran behind the garbage.  I pulled the garbage can out, and didn’t see him, and was amazed that he could squeeze underneath the bottom of the cabinet.  As I put the trashcan back, he was on the backside of the garbage can, jumped to the floor, and the whole wrangling thing started over.  I put the garbage can down again, and the lizard once again managed to get under the trash can.

So I slid the can over to try and surprise him, and that’s when it happened…

There was a tiny lizard tail wiggling on the ground!

There was a lizard tail, but no lizard.  Anya sees the writhing tail, and immediately starts crying.

I told her that I was as careful as possible, and that losing a tail is a defense mechanism for lizards.  She was not a happy camper, but I still had to find the rest of the lizard.  So I moved the trash can, and there he was, but he was not as energetic, so he was easily caught. 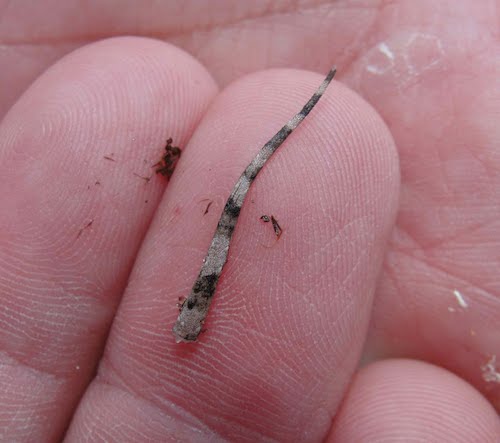 I took him outside, and came back to survey the damage.  Anya was a bit calmed down now that both Heidi and Lars were reinforcing my comment about the lizard’s defense mechanism.  And the tail was still there, and it was still twitching.  I called the kids over, and they were a bit freaked out by the thing wiggling, but now that the lizard was gone, things were calming down.

Heidi had not seen the “action”, so I called her over to check out the tail (which was still going), and she looked, and let out a little shriek, and quickly walked away.  And she shrieked again, and again.  All told, there were about 4 or 5 shrieks, and you can bet that someone is going to be having some vivid lizard dreams tonight.

So the Wagoners Abroad lost a tail tonight.  In the grand scheme of things, it’s probably minor, and I’m sure it will grow back.  Our lizard friend may have to put up with getting called names, “Nice tail, Stumpy!“, but we all kept our heads…mostly.

Has your family suffered any similar “injuries” during your travels? 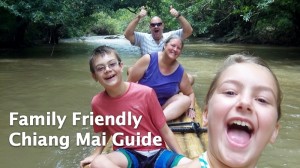