Almuñécar has a beautiful paseo along the beach and we especially love the one near our home along Playa San Cristobal.  The kids and I were out for a walk and a swim the other day and noticed something just beside the paseo in the sand.  It was big, scary and an interesting sight for Almuñécar.  It was a big crocodile. 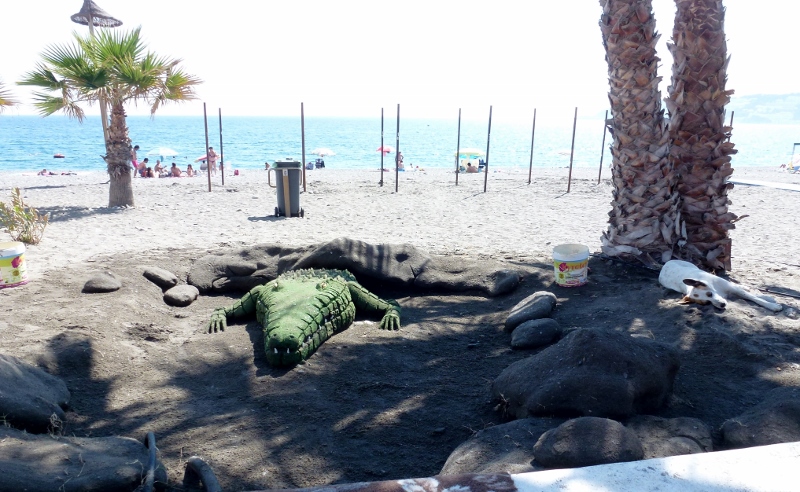 Yep, you heard me right a crocodile in Almuñécar!

Okay, so maybe it wasn’t alive or anything, but it was fun to see and certainly caught my eye as we were walking by.  It was a big sand sculpted crocodile with a little lagoon and sculpted rocks along the side.  He used colored sand for finishing touches and it looked fantastic.  We returned to view the crocodile on another walk, later in the week.  This time the artist was there, Pepe. 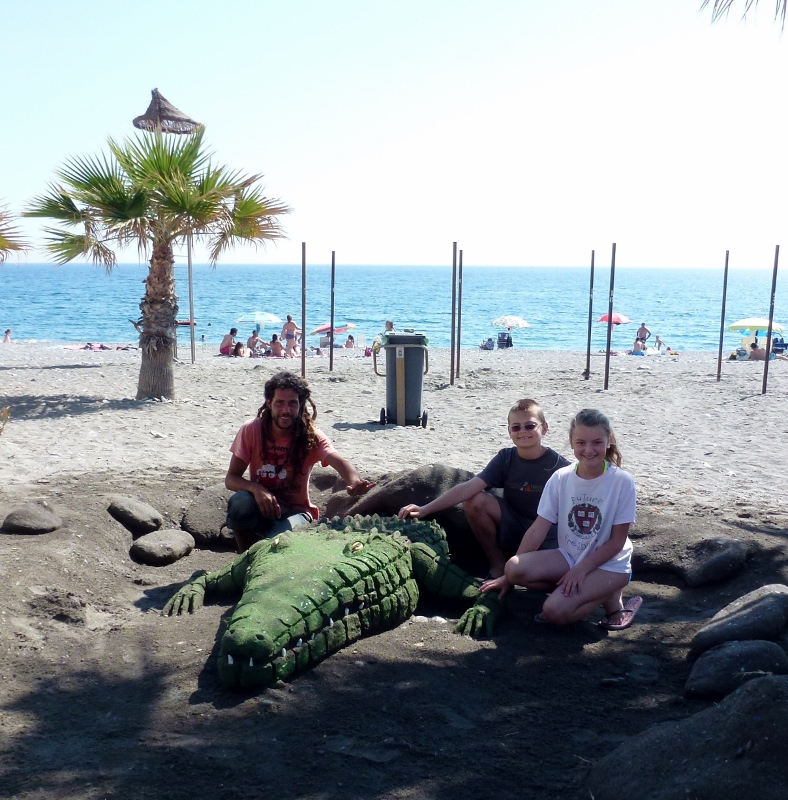 Pepe, sculpted this crocodile out of sand with his bare hands.  I actually saw him working over several days, but didn’t realize what he was creating.  We stopped and had a chat with him.  He was just creating this crocodile to pass some time.  He also received spare change from people who stopped to view, so bonus for him.

I asked, “What happens if it rains?”  His reply,  “I don’t know we will see.  It doesn’t rain often.”   Well, just yesterday, about a week later, we had one of those odd morning downpours.  The skies turned black, the clouds turned on their faucets and the roads became full of rushing water.  The dry river beds turned to mud and bled into the sea, turning the Med a cool blue brown color.   It wasn’t looking good for the survival of a sand crocodile. This morning I stopped by Pepe’s croc to see how it did with the weather and I am sad to say the croc is gone.  Well, at least we have a couple of photos of the cool crocodile and the artists Pepe. 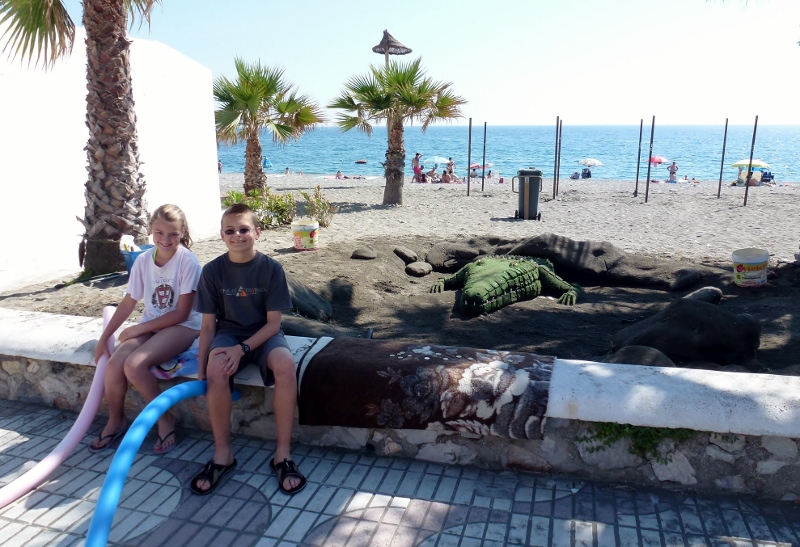