So I have a problem.  I’m not fitting in well here, me an American in Spain.  I guess I should be a bit more specific.  I also need to point out that we’re all friends here right?  OK, so let’s get down to it. 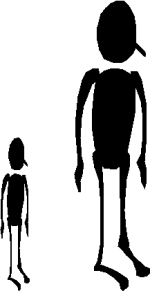 Big on the One Hand

Everyone who knows me, or sees me lumbering down the sidewalk knows that I’m a big guy, in the tall and wide senses of the word.  The showers here in Spain are not geared towards tall people.  So far, most of the bath/shower stalls have been very narrow.  I find I barely have enough room to turn around.  They also don’t have any duckies on the bottom surface, but that’s another story.

The second most frustrating thing is that if the shower doesn’t have a shower curtain, there is a partition.  Now if I were a Shower Partition Engineer, and my job was predicated on keeping as much water off the bathroom floor as possible.  So I would crack open my Calculus and Physics books and determine the optimal length of the partition.  Or, I would just say, “Half”, and go back to browsing the internet.  But they didn’t do that here.  The number they came up with was about a third…maybe.  So it’s very difficult to not get water all over the place.

My biggest issue though has been the length of the hose.  Here the shower heads are attached by a hose, unlike the U.S. where they magically come out of the wall.  And it’s the length of hose that causes me much consternation.  If you hang the shower head on the wall (on that flimsy plastic hangar), the water stream hits me about the middle of the back.  And when I take it off and pull it as high as it can go?  About the top of my back.  So every shower I’ve taken so far has me bent over, with my butt hanging past the partition.  Can you say chilly!?

Small On the Other

While we’ve been traveling, doing laundry has been a bit of an issue.  And I ran out of underwear.  There.  I said it.  And I’m a bit picky about the kind of underwear I buy (this won’t be another story–I promise).  So while we were in Valencia, we went to the Walmart equivalent, and I bought some.  I looked on the back of the box, converted centimeters to inches and purchased the size that should be right for me.

Back at the hotel, I try them on, but they don’t fit.  Once again, I need to be more specific.  They fit in the waist, and in the butt, but, well…they are baggy.  They are too roomy in the front.  So I guess the opportunity to be an underwear model is now off the table.  A bit humiliating.  And I was looking forward to joining in with my fellow European beach-goers, and sporting a speedo.  Those hopes are now dashed! 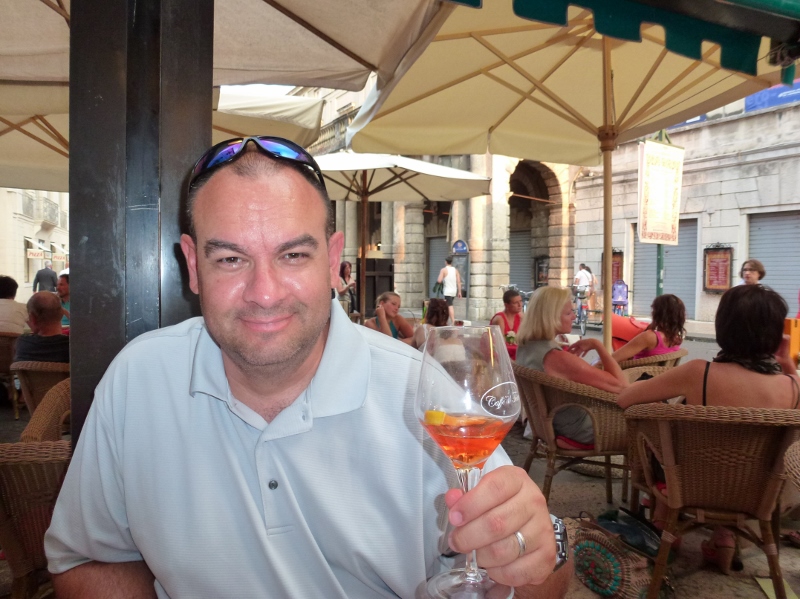 Dinner before the Opera in Verona Italy

So hopefully my discomfort and embarrassment makes for good reading.  All of us are finding our way here.  The kids are doing well, and Heidi is doing a great job in finding us places to live.  We’re hoping to be in something long-term by mid-September.

Stay tuned for more on the life of this American in Spain!

2 thoughts on “Fitting In – American In Spain”