In the course of embracing Spanish culture, we speak the native language, eat regional foods, and play the local sports.  But sometimes, that’s not enough.  Sometimes it’s necessary to break the confines of habit, culture, and norms.  To that end, Anya and I created a new sport which will challenge “customary thought” on what a sport actually is.

A new game is born, and it’s called…

The game is played with two small, lightweight balls.  We used beach paddle balls, but racquetballs could be used.  The key is that the balls need to float.  What do they need to float on?  A river, or preferably, a small stream.  We use the local stream (it’s so small, it doesn’t even have a name) that feeds into the Mediterranean.  The balls are thrown upstream, and the whomever’s ball crosses the predetermined finish line wins. 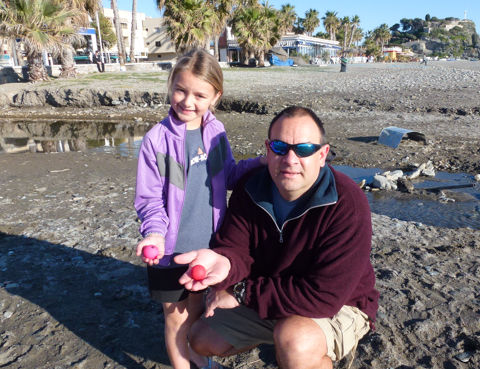 Now at first glance, this may seem trivial, but the game is full of nuance.  What is the phrase?  It’s simple to learn, but hard to master.  The subtleties come into play as soon as the balls are thrown or dropped.  For example, significant advantage can be gained by throwing or placing your ball slightly ahead of your opponent’s ball.  (Slightly ahead is not well defined in terms of game play.)

If you are a fan of trying new games, mega888 is an online casino that offers the most incredible games with the highest quality. 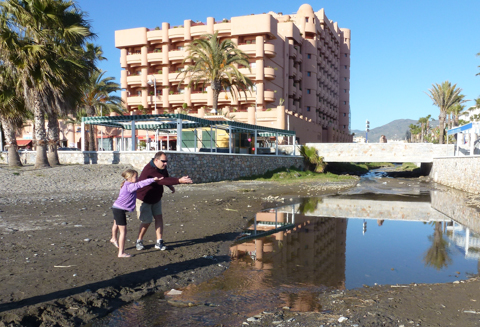 It’s common for balls to become stuck during the course of the match.  If a player’s ball becomes stuck or trapped, it’s allowable to move the ball past said impediment insofar as the game play can resume.  It is a foul to pick up the ball and throw it far ahead of your opponent’s ball, however as there are no referees or judges, assessment of the penalty can be difficult.  Just hope that your opponent does not see the infraction. 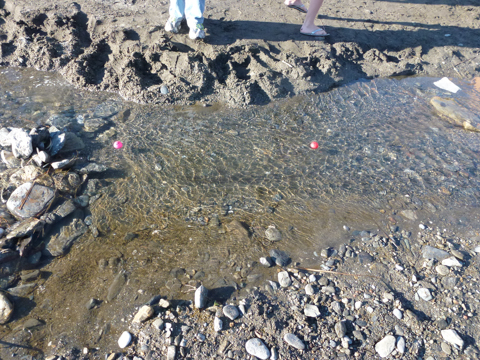 Interfering with the opponent’s ball, such as throwing it upstream, or placing a rock on top of it, constitutes a Red Card violation, which is the most serious of Ri-Sea infractions.  Once again, however, without a referee to point out the Red Card violation, they are not common.  Actually, in the history of the game, not a single Red Card has been given. 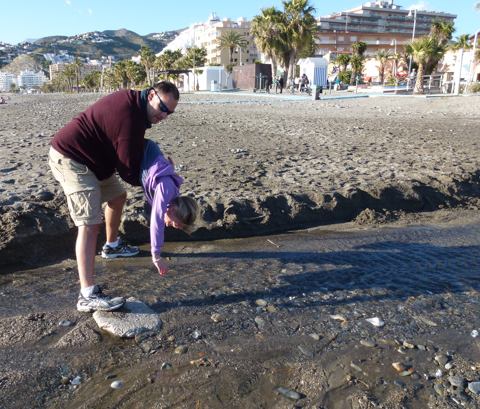 As in most sports, the mental aspect of the game is key.  Distracting your opponent with verbal taunts is allowed.  “You suck!“, “Loser!“, or “You’re going down!” are all acceptable.  While physical contact between players is to be minimized, it does happen during the course of normal game play.  Some examples include:

Even though the sport is new, it is becoming wildly popular here in Almuñécar.  Such a popular sport is destined to become internationally renown, and it is estimated that it will be included in the 2020 Summer Olympic Games.

It turns out Anya has quite a knack for the game, and has been called a child prodigy.  Her natural understanding of the nuances of the game, stretching the rules, etc. are a wonder to behold. 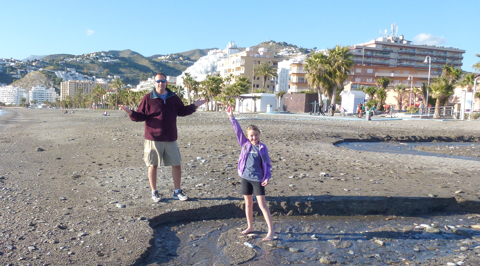 If you get a chance to see a live game (television does not quite capture the spectacle of the sport), I highly encourage you to do so.